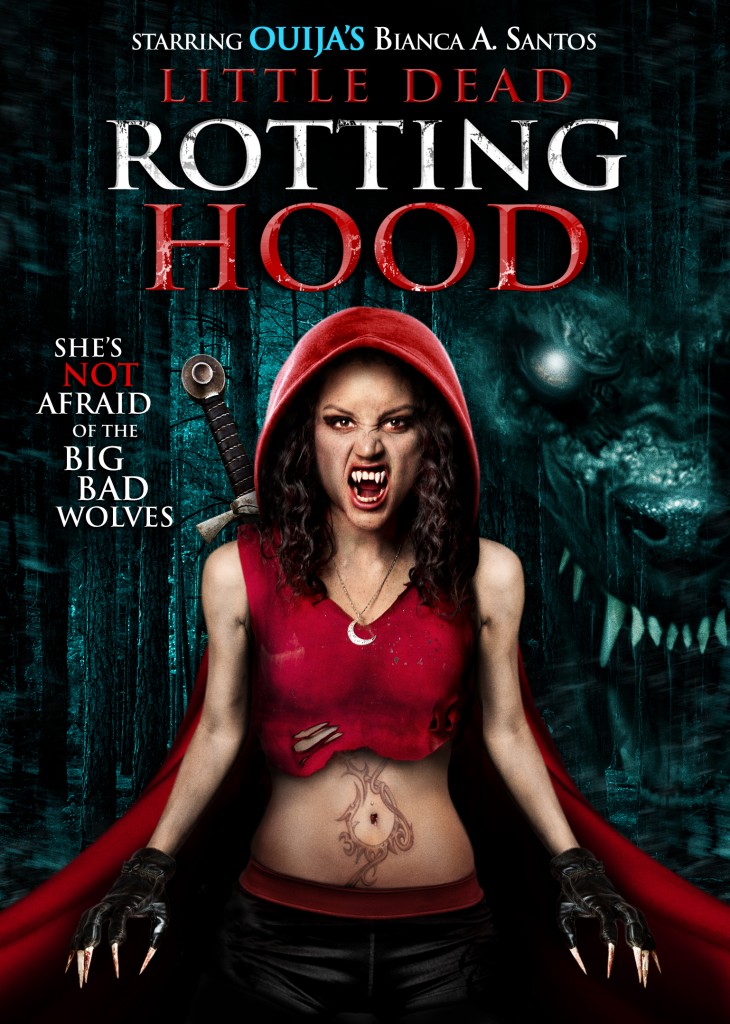 Moviegoers have been down the fairy-tale remake road numerous times before, with mixed results. But Little Dead Rotting Hood is told in a competent new way that grabs the audience’s throat from the opening scene and never lets go.  The movie is saturated with action, thrills, horror, mystery, comedy and sexiness that will have you hungering for more of the titular girl in red.

In the opening scene, the stakes are set high and the story’s main question and conflict are quickly established. Sammy (Bianca Santos) is attacked and killed by a wolf, and her grandmother Esmerelda (Marina Sirtis) sacrifices her own life to try to resurrect her.  Later on you learn there’s a lot more that actually transpired between Sammy and the grandmother in that scene.

Wolves then start attacking residents of the small mountainous town. As Sheriff Adam (Eric Balfour) and his deputies(Patrick Muldoon, Heather Tom, Brendan Wayne) try to eliminate the wolves, they learn these are not typical attacks and the wolves’ behavior is far from ordinary.  Something else entirely is going on around them. 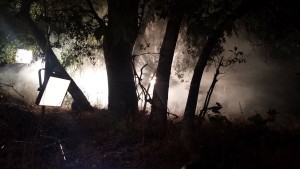 As the attacks occur more frequently and aggressively, the panic builds amongst the residents and law enforcement. While Sheriff Adam tries to figure out what is happening, and Danny (Romeo Miller) searches for his girlfriend Sammy, there’s nonstop entertainment consisting of brutal wolf attacks, hard core partying, and sexy moments that will have the audience howling. 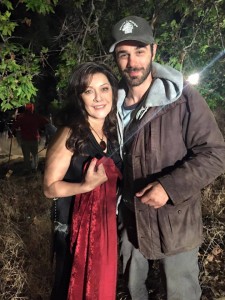 Adding mystery and conflict to the story is when animal activist Becky Sanders (Amy Argyle) shows up. It’s obvious her agenda is more than looking out for the wolves, but we don’t learn her true motives until later.  Sammy ultimately rises from her grave as Little Dead Rotting Hood, with an instinct to keep the wolves at bay.  But she’s not completely sure of herself or what’s going on.  She sets out on a mission to figure out what happened to her and her grandmother’s secrets and purpose. 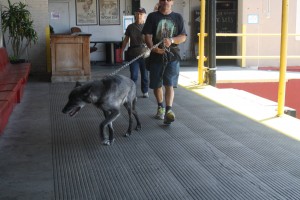 Throughout the story,all the pieces of the puzzle come together and ramp up the conflict leading to the climax when Sheriff Adam, Sammy, and Danny figure everything out. Unfortunately, as much as they want to take care of the situation themselves, they’re overpowered and need serious help.  The final battle is intense with multiple fights occurring simultaneously.  Don’t blink or you’ll miss a quality attack/kill.The resolution provides a cliffhanger that will leave you thirsting for a sequel.  All the elements are present as well for a quality television series, if that’s something the filmmakers would consider.

There are no boring moments in this movie. You are constantly intrigued and want to know what’s going to happen next. 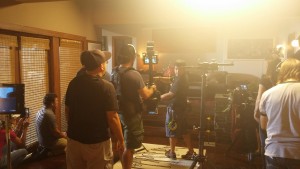 Little Dead Rotting Hood writer Gabriel Campisi wrote a structurally sound screenplay with just the right amount of setbacks, foreshadowing and distinct motivation for the characters.The dialogue is top notch.  It’s witty, interesting and sarcastic, with random subtle comedy.  One witty example is when Deputy Henry (Patrick Muldoon) refers to a zombified Sammy as looking “crexy.”  You’ll need to watch the movie for an explanation and a laugh. Other subtle comedic scenes to watch for were quick and simple, like when Danny is scared by a stuffed wolf.  No one makes a comment, and he quickly composes himself and plays it off as Mr. Joe Cool. 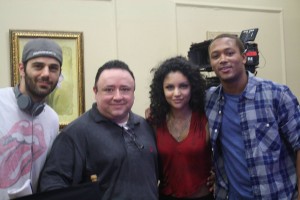 “I thought it was important to have a lot of heart in this story,” said Campisi. “That means having very real moments, including humor.  And when you dig beneath all the layers of action and mystery, you’ll find this is a love story between Sammy (Little Dead Rotting Hood) and her boyfriend Danny.  It’s what fuels all the action from beginning to end.” 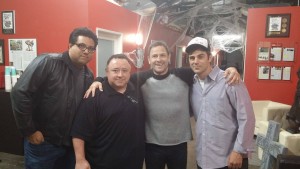 Campisi explained he introduced Sheriff Adam’s children and hinted at a potential romance between the Sheriff and Deputy Abbey for the same reasons. “There’s nothing worse than having a movie full of gratuitous blood and hollow screams and scares with nothing to back up the action.  A good movie needs meaning, a purpose, to tell a human story with emotion and character vulnerabilities in order for audiences to care.”

Campisi’s strategy definitely worked in a genre that typically focuses more on the creatures, gore and action. It’s one of the many reasons this movie works so well. 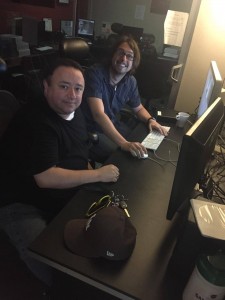 Director Jared Cohn is an expert director when it comes to taking on a low-budget project and producing a big-budget result. He utilizes all his resources available.  For example, in one scene, Danny runs through the forest.  It’s a simple scene, but Cohn uses the setting, props, effects and even the music to make Danny’s sprint a moment of intense drama.

Of course, all the footage needs to be precisely put together by the editor. Rob Pallatina has worked many times with Cohn, and his editing professionalism shined in Little Dead Rotting Hood. 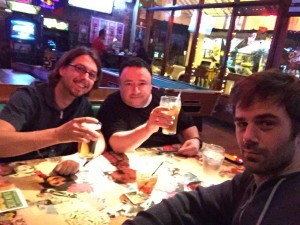 “I’ve been a freelancer in Los Angeles for the past 5 years, and when I got that call from Jared I knew it was going to be another wild ride,” said Pallatina. “We’ve worked on 3 previous films together, and have a great collaborative flow. It was great having Gabe in the editing suite, too.  With him writing the screenplay there was plenty of healthy discussion about the story, and it was a blast to bounce ideas off one another while assembling the film.”

Pallatina said the movie had many gun fights and action sequences that took time to construct, but were supported by solid performances by the actors and some cool visual effects. 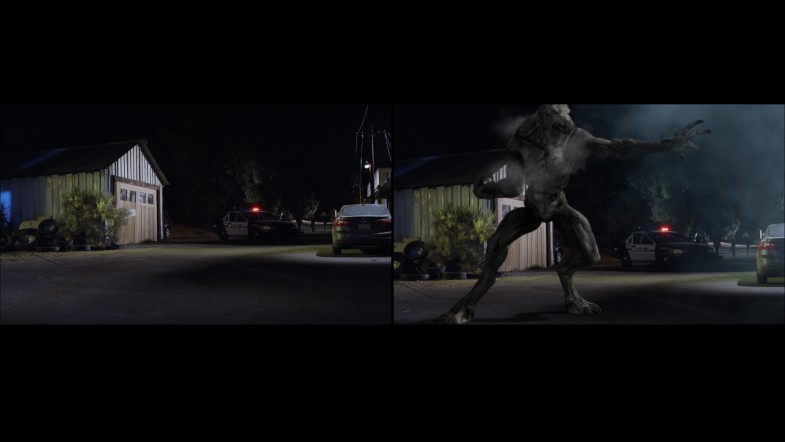 Real wolves were used in the production as much as possible for authenticity. But the climactic battle scene contained a giant supernatural wolf that required special visual effects (CGI).  When the special effects were used, they were very well done and added quality and weight to the effect.

“I was one of twelve VFX people who worked on the film,” said Tammy Klein, one of the visual effects artists. “There were about 203 VFX shots, which mostly involved muzzle flashes, and leash removals from the real wolves that were used on set. The leash removals were executed primarily by Al Magliochetti.” 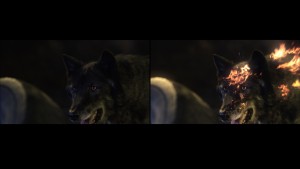 Klein said the really cool shots with the Mega Wolf were done by Glenn Campbell, Aaron Witlin, Dan Dodd and Aine Graham. Dave Shorey did the transformation of one of the characters into the Mega Wolf, as well as the blood dripping from Marina Sirtis’ arm and other morph/transformation shots. Steve Clarke, John Karnerand Sasha Burrow rounded out the team. 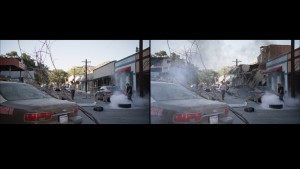 “The Mega Wolf was a very impressive Lightwave 3D creation,” Klein said. “But a good example of visual effects work that goes undetected is the scene where our masked director, Jared Cohn, lights and throws a Molotov cocktail. There was no fire whatsoever on set, and the entire sequence was created in post by Glenn Campbell. Aine Graham did the amazing wolf-on-fire shot that follows it. Our department head, Joe Lawson, performed an amazing amount of heavy lifting as did his wife, Kelly, who did all of the muzzle-flash shots.” 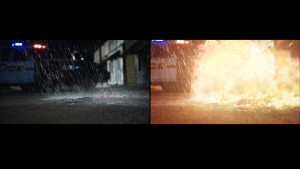 Klein did all of the shots with Bianca Santos and her glowing eyes and sword. Basically, if it glowed, she was responsible.

“Gabe wanted Bianca’s eyes to glow yellow,” Klein said. “Then go from yellow to red in the final scene where one of the main characters is killed to indicate the emotional change of her simple get-the-werewolves anger to the true rage of you-killed-the-most-important-person-in-the-world-and-you-are-so-gonna-die.” 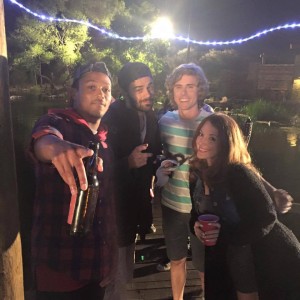 This movie is a classic example of what a great screenplay combined with solid directing and competent actors can accomplish on a tight budget.  I’m perplexed why it didn’t get a limited theatrical release like so many other Asylum movies. I think it’s probably one of their best productions to date.

The highly anticipated Little Dead Rotting Hood will bereleased on January 5th 2016.  Check the Facebook page and Asylum website for updates and how you can purchase and/or watch it.

In addition to the movie, reserve your copy for the Big Bad Sketchbook that’s also available from the conceptual and storyboard artists (Buz Hasson, Ken Haeser, and Blair Smith) that worked on the movie. Copies are limited, so order soon. 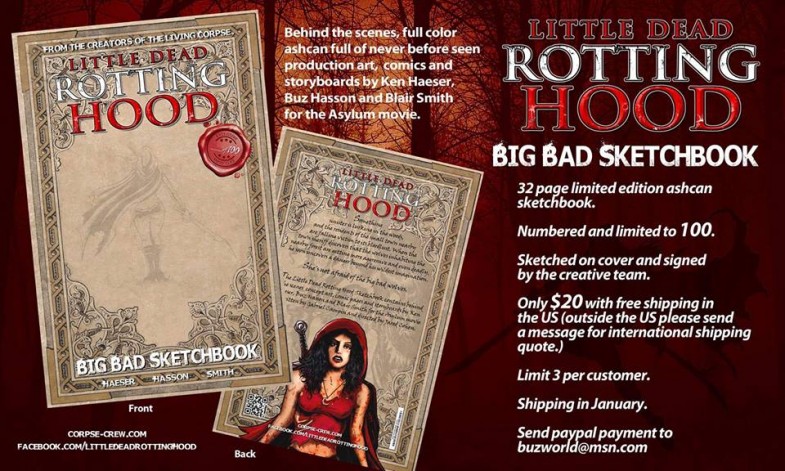 In the meantime, enjoy more photos from the Little Dead Rotting Hood set. 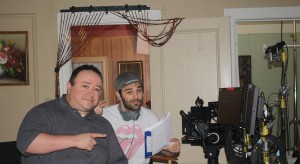 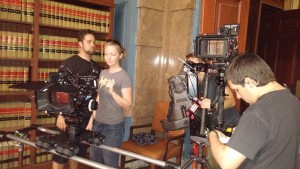 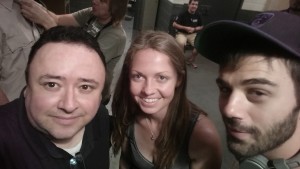 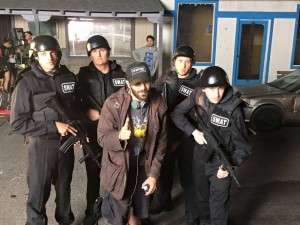 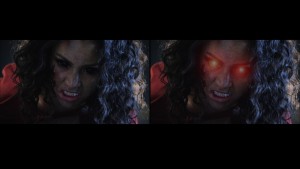 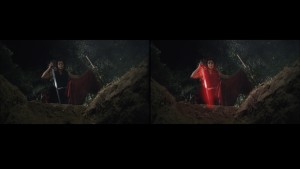 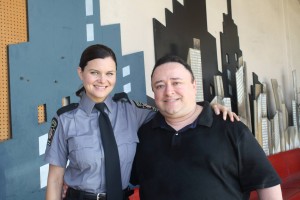 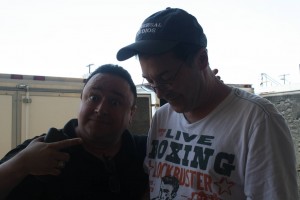 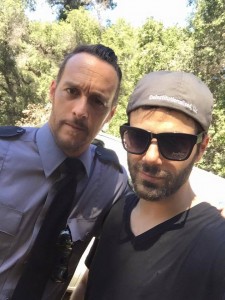 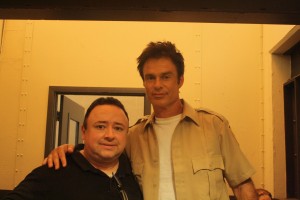