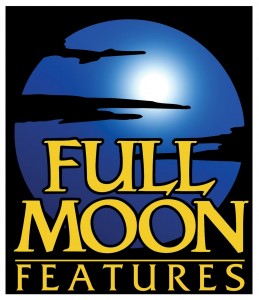 After the collapse of Band’s previous film studio, Empire Pictures, he moved back to the United States from Rome and opened Full Moon Productions. Band’s goal with Full Moon was to create low-budget horror, sci-fi, and fantasy films, while retaining a somewhat “big-budget” look. In the United States, Full Moon teamed with Paramount Pictures and Pioneer Home Entertainment for direct-to-video releasing on VHS and Laserdisc, and the first release was the feature film directed by David Schmoeller, Puppet Master in 1989.

Puppet Master turned out to be a huge hit for Full Moon. Following the film on VHS and Laserdisc was a featurette entitled No Strings Attached, which documents the making of Puppet Master. It featured interviews with cast and crew members, including actor Paul Le Mat and Charles Band himself. The next three releases – Shadowzone, Meridian: Kiss of the Beast, and Crash and Burn (changing to Full Moon Entertainment with the release of the latter) – all featured a making-of presentation after the film. Paramount, however, did not believe in the making-of concept, and forced Band to pay for all of the additional tape needed. At the same time, Band also reissued two catalog titles, Tourist Trap and Parasite, through Paramount.

Some controversy arose however many years after the release of Puppet Master. In an interview on the website, The Terror Trap, Puppet Master director, David Schmoeller, says that Charles Band owes him residuals, as well as stating that Charles Band does not give credit to directors. Schmoeller continues, saying that Band did not want him on the director’s commentary on the DVD release of Puppet Master because “it would reveal that someone else shared in the creation of Full Moon’s biggest and most successful franchise.”[1]

With the fifth Full Moon release, Puppet Master II, in 1991, Full Moon introduced VideoZone, a behind-the-scenes video magazine. The average VideoZone featured an introduction by Charles Band, the making-of the “movie you just watched”, an interview with someone involved in a future Full Moon release, merchandise (such as Full Moon T-shirts, posters, and other assorted goods), trailers, and contact information. VideoZone tied together the “comic book feel” that Band insisted with the Full Moon product.

Moonbeam Entertainment Logo
Full Moon continued producing its releases throughout the early ’90s (sometimes as many as twelve releases a year), and in 1993 founded two more labels: Torchlight Entertainment, specializing in soft-core pornographic sci-fi comedies, and Moonbeam Entertainment, specializing in family orientated sci-fi and fantasy films. Torchlight’s first release was Beach Babes From Beyond; Moonbeam’s was Prehysteria!, which actually became a high seller for distributor, Paramount, and was one of the first Full Moon films to be sold as an inexpensive sell-through product (as most Full Moon features were sold on VHS as rental items, with prices upwards of $100 for each tape).