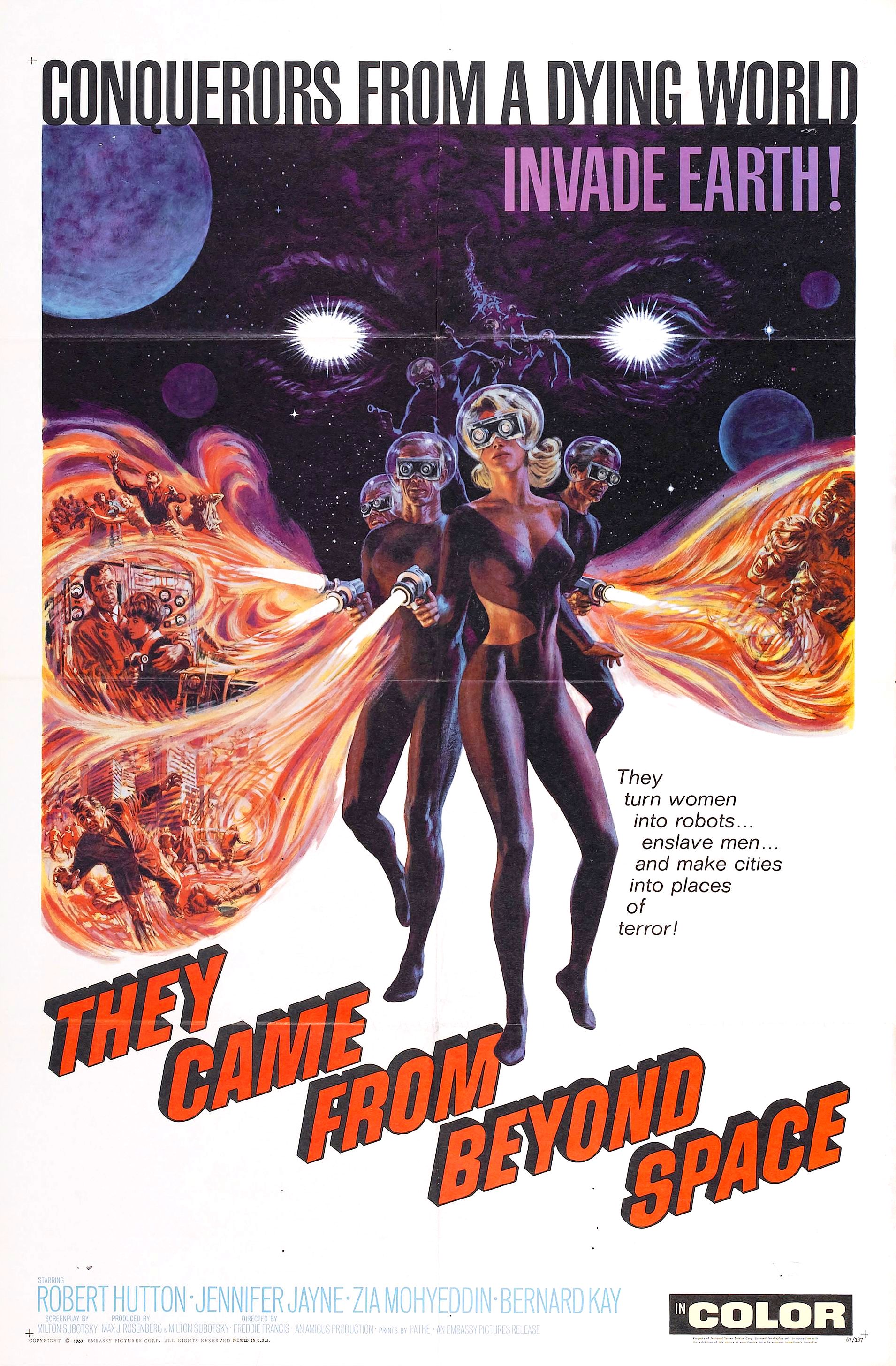 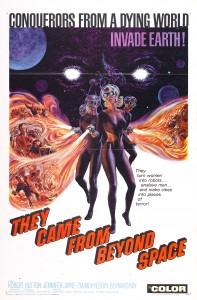 Meteorites landing in Cornwall, England turn out to be invaders from outer space. They take over the minds of Earthlings, set up camp, and conduct top secret experiments. The aliens’ appetite for fine scientific brains is unquenched by heroic Robert Hutton (as Curtis Temple). They are unable to control Mr. Hutton’s mind because he has a silver plate in his head, due to a prior accident. Hutton wants to figure out what’s happening with increased vigor after huge-haired young girlfriend Jennifer Jayne (as Lee Mason) is abducted. Another scientist, Zia Mohyeddin (as Farge) helps Hutton devise a plan.

The basic plot of this science fiction thriller, from Joseph Millard’s startling story “The Gods Hate Kansas” (1941), is quite good.

As you’ll see, the “Gods” don’t really hate Kansas, or Cornwall; they were just looking for appropriate landing sites. Now, you know why movie aliens never land in the middle of Manhattan. The basic premise turns out to be interesting and plausible, but the execution of “They Came from Beyond Space” is not at all logical. It’s plays like a good cartoon. Although nothing could disguise the fact that the action scenes aren’t believable, director Freddie Francis keeps it moving. Norman Warwick contributes fine color photography, and Mr. Mohyeddin performs his part well. The film is good, silly fun. 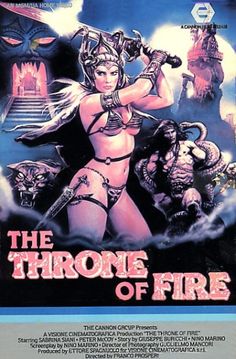 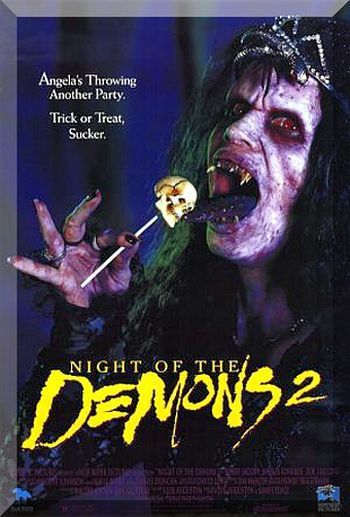 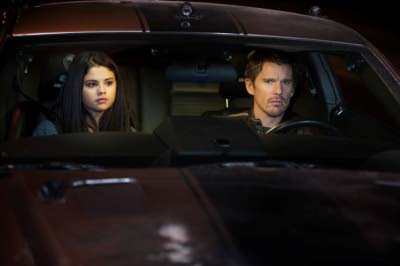 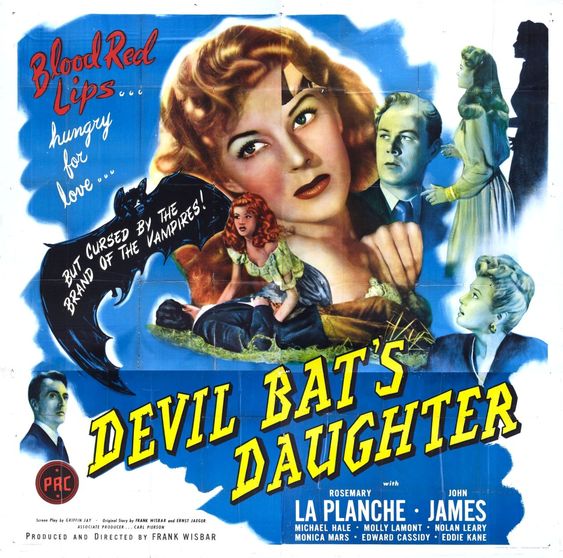