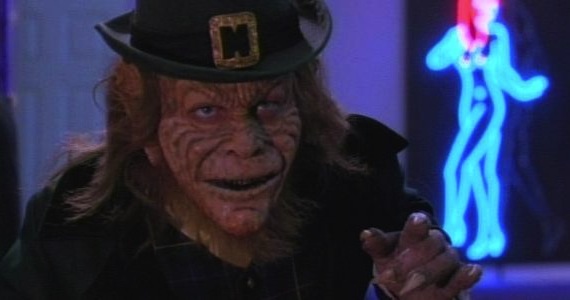 Just in time for St. Patrick’s Day, Lionsgate has announced it will be rebooting the ‘Leprechaun’ franchise, which previously featured fan-favorite Warwick Davis as the titular… uh, monster.

We’ve already seen famous cinematic boogeymen like Leatherface, Freddy Krueger, Michael Myers, and Jason Vorhees resurrected for the 21st century; hence, it’s not so surprising that one of the more infamous (and goofiest) B-movie monsters conceived within the last few decades will be returning to the big screen, in a reboot of the Leprechaun franchise.

Lionsgate and WWE Studios are collaborating on a revamping of the Leprechaun horror-comedy property. The series previously gave rise to two theatrically-released films and four direct-to-video installments, starring longtime fan-favorite Warwick Davis (an alum of the Star Wars and Harry Potter franchises, and the star of Willow) as an evil killer… well, you-know-what, who murders anyone foolish enough to steal his gold.