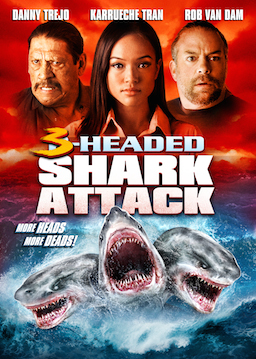 3 HEADED SHARK ATTACK is Chris Ray’s most action packed, dramatic, sexiest shark film to date. The film provides an abundance of quality kills and eye candy, but it also touches upon a serious problem that is currently affecting marine life.  Not saying that there will be three headed sharks terrorizing the water any time soon, but the film does try to bring some awareness to polluted waters and they do so in true Asylum fashion.

Chris has directed several shark films including, 2-HEADED SHARK ATTACK, SHARK WEEK, MEGA SHARK VS. KOLOSSUS and each one he ramps up the action and provides a structurally solid story and intriguing characters. In 3 HEADED SHARK ATTACK, Alison played by Dawn Hamil is one of the characters you will cheer on throughout.  Hamil has appeared in several feature films including ANCHORMAN 2: THE LEGEND CONTINUES, RAGE starring Nicholas Cage and many TV series a few being NCIS: New Orleans and Single Ladies.  She will be starring in the upcoming feature thrillers PARALYZED, TREPANATION, and MELANIE ROSE which she also is one of the producers of.  She was exceptionally kind to share her experience on 3 HEADED SHARK ATTACK. 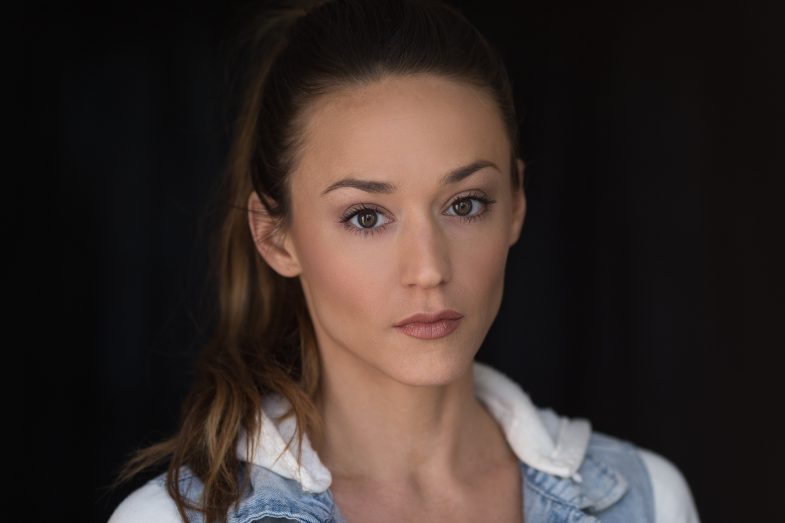 “My experience on 3HSA was extremely fun and enlightening,” Hamil tells. “It was my 1st Asylum project as well as the largest role have had on a SAG feature. It was wonderful to be on set more than a few days, build some relationships, and humbling to work alongside and surreal to hang out with all the stars (Karrueche, Danny Trejo, Jaason Sims, and Rob VanDam). I gained a higher level of respect and knowledge on how much and hard ALL of the crew works!!” 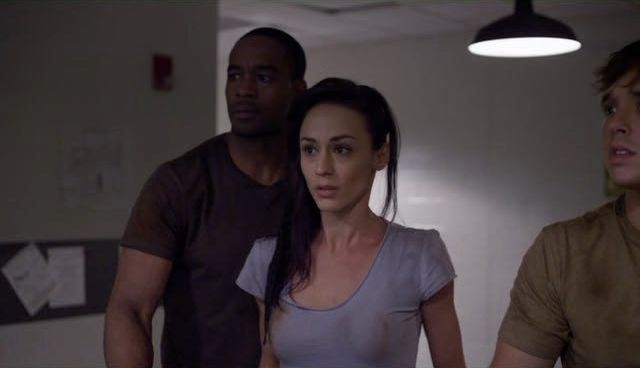 Consistently Chris Ray’s cast and crew speak highly of his directing technique and how he keeps everyone at ease and motivated, as Hamil confirms, “Chris is a great director. There were LOTS of last minute changes coming from the Producers in LA that Chris was able to make work at the drop of a hat! We all learned to go with the flow, had fun doing it, and ended up with a very entertaining fun Shark Movie. Chris told us in the 1st couple days of filming “These movies are what the actors make it. It’s up to you guys. Have fun.” 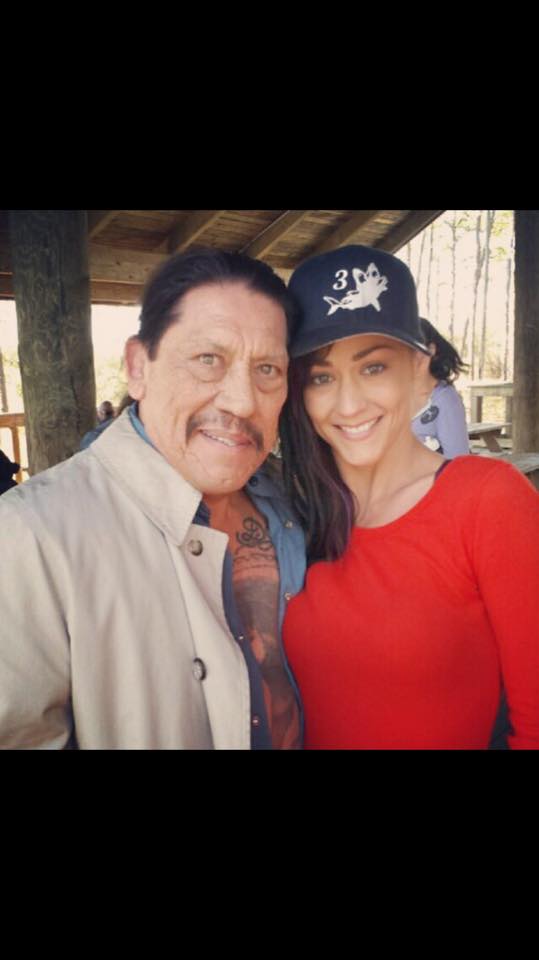 3 HEADED SHARK ATTACK was filmed in Hamil’s home state of Florida, where she still resides with her family. How was it for her filming close to home?  “I LOVED it being filmed not just in the state but the town where I live. I was the Only local to have a large principle role   Although January and February are NOT beach weather here on the #UpSideOfFlorida. Most of our swimming/wet days weather were in 30’s-40’s, but we toughed it out. I was able go home every night to my husband and daughters, share in person about the day (although FaceTime is wonderful too).  My family got to come with me to the cast and crew party and meet everyone, they were so excited!  I look forward and hope to work with Chris, his Production Company and The Asylum again, and of course any of the amazing actors I had the privilege to Co-Star with.” 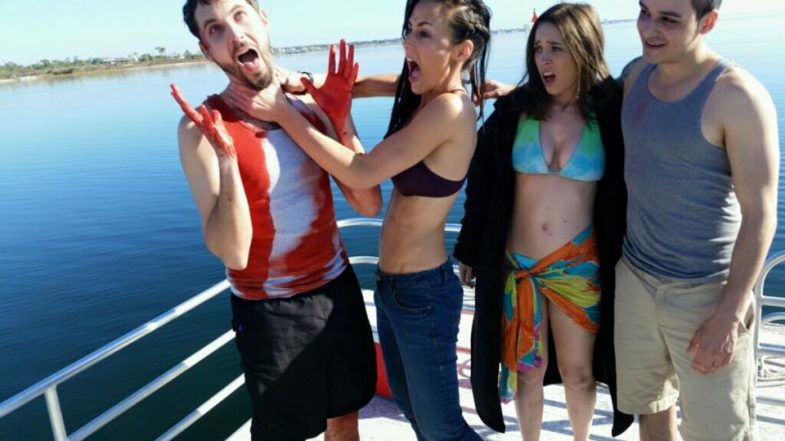 Joseph Lawson provided the stunning SFX in 2 HEADED SHARK ATTACK, and knew he had to ramp things up for 3 HEADED SHARK ATTACK. Lawson with his team welcomed the challenge and the final outcome of the effects and the creature are astonishing.  “Three Headed Shark Attack represents a big step for us as a visual effects department,” Lawson shares, “Our team in England, Steve Clarke and Paul Knott, have spearheaded our use of a new physically based rendering/texturing pipeline with Octane for Lightwave.  It’s already led to a quantum leap in the look of our sharks and something we’re now applying across the board particularly with Sharknado 4.  It’s an exciting change that just heightens the reality of some shots to the point where people might not even realize there IS a digital effect in some shots.  The difference in the look between 2 Headed and 2 Headed is amazing when seen side by side.” 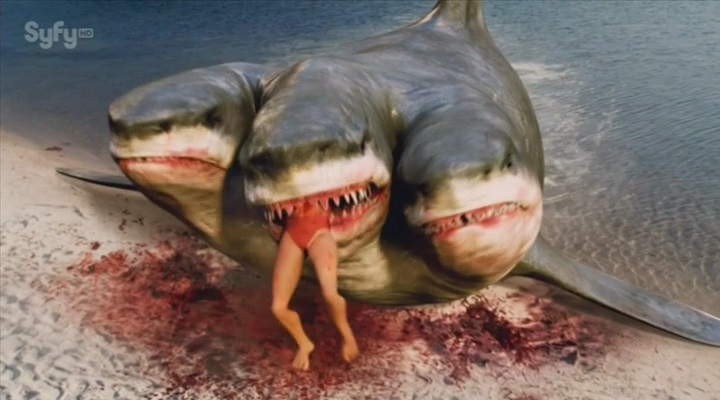 There’s no keeping the 3 headed shark as a surprise in the movie, right off the bat we meet this amazing creature and watch it brutally attack Polly played by Jazy Berlin who is from many stimulating films. Several other victims in the water and a few barely on shore are also attacked, which indicates that people on shore are not always safe.

Dr. Laura Thomas (Jenna Sims) is a professor at an oceanic lab on an island. Her new assistant/intern Maggie (Karrueche Tran) is assisting Dr. Thomas with a program to clean up the ocean because marine life is in danger, plus there are some mutant breeds emerging in the waters.   A group of interns are brought in to learn and assist Dr. Thomas and Maggie.  One of the new interns Greg (Brad Mills), used to date Maggie and its obvious there may be some lost love that Greg wants back. 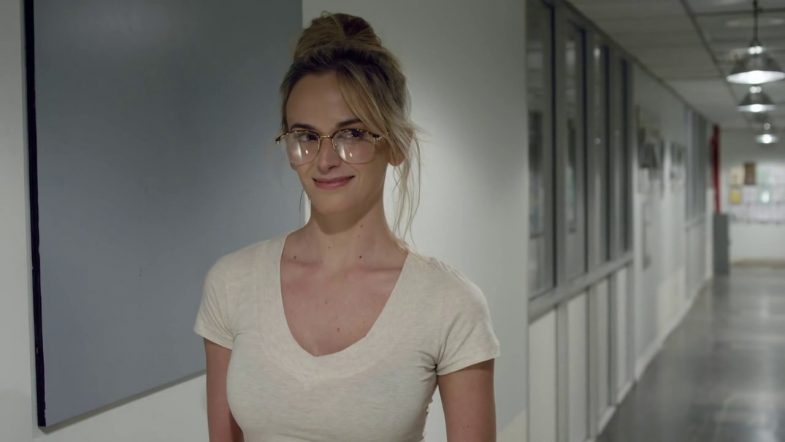 The 3 headed shark attacks the lab immediately putting the occupants at risk. The attack is not a quick scene to establish the conflict and raise the stakes in the film, it’s a lengthy and intense scene.  In fact, throughout the film, the audience will appreciate Chris Ray providing significantly longer scenes that are action packed resulting in many unique quality kills.

As the story develops and keeps the audience engrossed wondering how they’ll stop the shark and escape, there’s no guessing who will survive because no characters are safe and there are surprises throughout. The fun and intensity picks up when a party boat is in severe danger and the lab survivors desperately call for someone to help the party goers.  The shark attacking the party boat is an all-out bloody eye candy extravaganza and when you think it’s over and it can’t get worse, it gets much worse for everyone on the party boat. 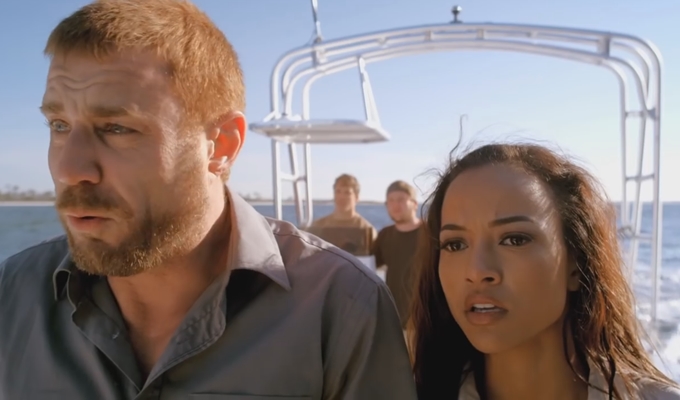 The film is thrilling enough, but when Max Burns (Danny Trejo) comes into the story, kick back and enjoy even more action and entertainment. How can it not when Max’s boat has entire artillery and his bad ass friends know how to use them.  A fun highlight is when the machete is broken out!The survivors of all the different attacks have teamed up and need to conjure up a plan to destroy the shark or they’re all doomed! With an action plan in place, a few risks have to be made and when it gets desperate, sacrifices are inevitable.