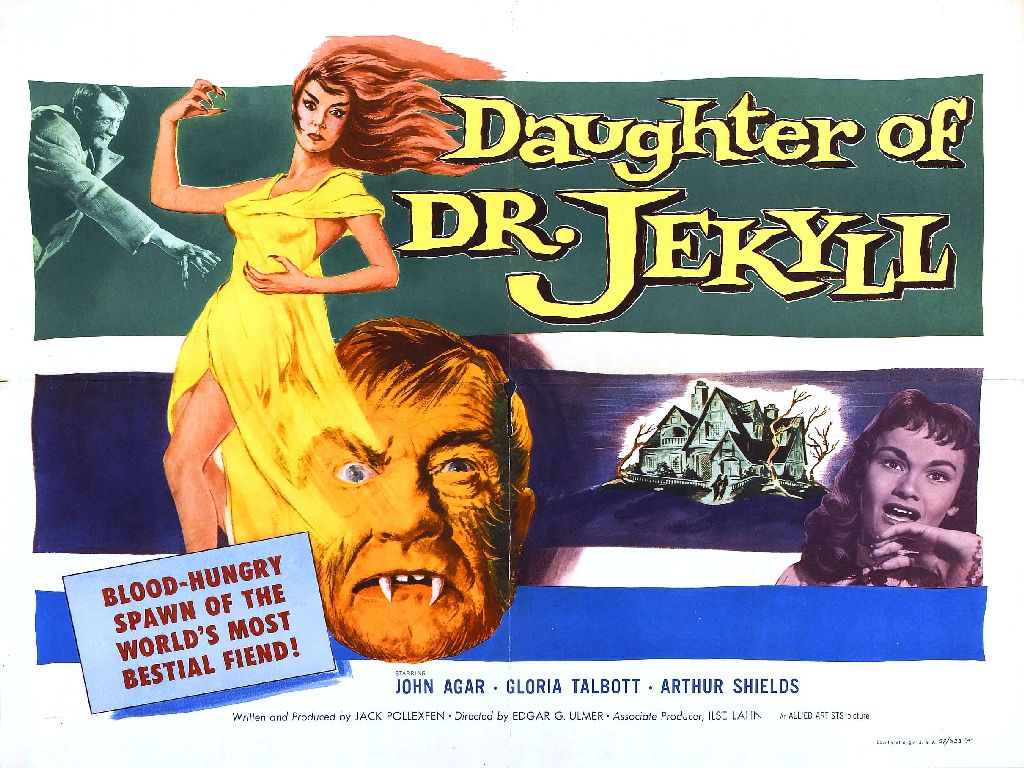 Not one of Edgar G. Ulmer’s best, but I’m glad they saw fit to release this one on DVD. However, if you’re looking for another little Ulmer classic like BLUEBEARD (1944) or DETOUR (1945), you’d better look somewhere else ’cause this ain’t it.

Gloria Talbott, the daughter of the late Dr. Jekyll, is slowly being hypnotized and pumped full of drugs into believing that she is the killer of a couple of women who were found near her late father’s estate. She is slowly being driven mad by the real killer who wants her to take the blame for it.

Of course she isn’t the one because she’s the heroine and we can’t have the heroine turn out to be a bad guy. This is the 50s, after all.

We also have John Agar as the Talbott’s fiancée and Arthur Shields as the weirdo who is the executor of the late Dr. Jekyll’s estate. They don’t really add much of anything to all this beyond chewing up some film time. That is, until the very last 5 minutes of the film.

But what’s really a bummer is that the killer is revealed in the very first flashback of the film, so why Ulmer threw away the element of surprise is a real mystery. I guess you’ll just have to see it for yourself.

And considering the fact that Allied Artists didn’t always use the best of film stock, the digital remastering looks as good as can be expected for a low budget film like this. No more excessively grainy prints to look at.