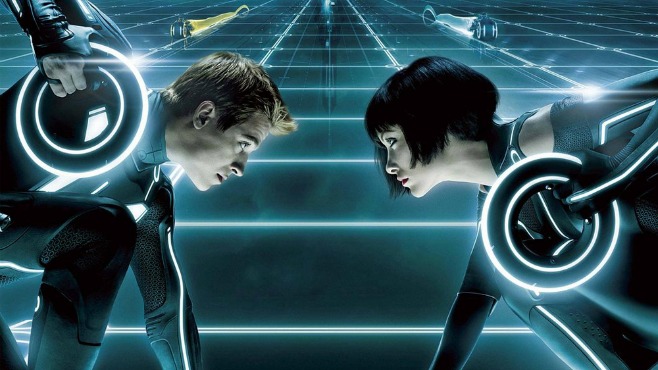 You’re reading this article on an iPhone right now, aren’t you? You’re sitting on the couch at home, or maybe you’re waiting for a film to start, idly passing the desperately vacant seconds with your handheld computer. It’s likely you’re at work, passing the minutes while your boss isn’t looking, or perhaps just keeping your mind occupied at a job that is not too intellectually stimulating. But you are using your iPhone, aren’t you? Well, you may not have that particular brand of telephone, but you have internet access on it. Hello. How do you do? Since you’ve welcomed me into your eyes and your cognitive space (it’s comfy in here), I will use the opportunity to move around a bit in here, and implant in your brain a few ideas of my own.

On the last episode of The B-Movies Podcast (episode #59, big, bold and brassy) nestled safely here in the cyber-pages of CraveOnline, William “Bibbs” Bibbiani and I went of on a delightfully crotchety tangent on the future of film, and how instant streaming iPhone viewing seems to be deteriorating the very notion of the cinematic experience. I have grown up largely working in movie theaters, and when I see films to review, they are most typically in a theatrical envoronment. I do have to review films on home video, of course, but, for the most part, I see my movies in theaters, and have tried to do so ever since I was about 15. As such, the notion of an actual cinema is dear to me. I treasure leaving the house and seeing a film projected on a screen surrounded by strangers in a large, darkened room. There’s a reason my (oft-neglected) film ‘blog is called “Three Cheers for Darkened Years.”

My dad once asked me, out of intellectual curiosity, to define “film.” I had to think about that. I expounded on this briefly in the very first installment of the Free Film School, wherein I came up with the following: Film is visually recorded moving images to be played back in a certain sequence in a theater environment.

Note that last bit about the “theater environment.” I know that your own personal cognitive space may, in an abstract way, count as a “theater environment,” but I would perhaps stress that an actual physical space is required. If not an actual cinema, then a home theater of some kind. A living room. Someplace where you, in a small way, devote yourself to the film you are watching. iPhones, I would perhaps argue, do not allow for this. You may be able to turn down all the lights, enter a silent room, and watch a film on a tiny screen, but even then, by sheer vice of its size, it will not command your attention in the same way. With any and all live-action films, the fact remains that someone was on the ground, using real cameras, using their real eyes to size up a film frame. By shrinking down the presentation you are necessarily losing the image.