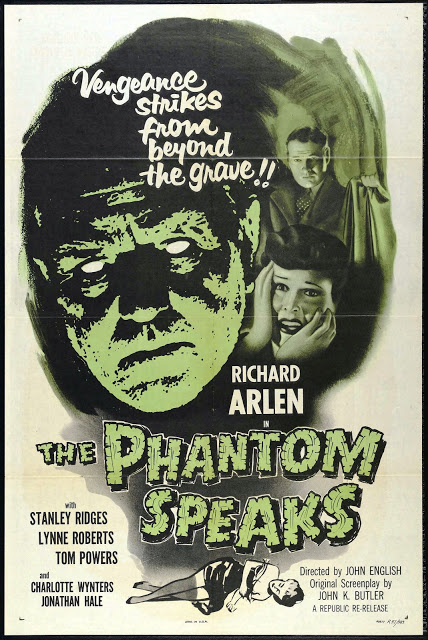 When the film begins, Harvey Bogardus (Tom Powers) kills a man in cold blood. He’s soon captured and executed…swearing vengeance on everyone even up until the end. However, before he was killed a goofy psychic researcher meets with him and talks about trying some experiment to allow his spirit or will to live beyond death. Why he would pick this creep of all people is beyond me but the experiment turns out to work too well. The death man’s evil spirit is strong and is able to take over this idiotic professor’s mind–compelling him to murder all those he blames for the death sentence. It really makes no sense but seeing the murders done in such a brutal and cold fashion was very entertaining! Plus, despite its goofiness the film is never dull and kept my interest…and made me laugh occasionally and unintentionally. Well worth seeing and reminiscent of some of Bela Lugosi’s B films.