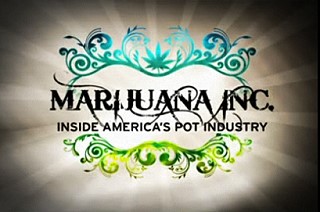 MARIJUANA, INC. (otc-pink:HEMP) is proud to announce that agreements have been reached with Hal J. Lewis and Glass Slipper Studio of Los Angeles, CA in the structuring of MarijuanaInc.TV, a division of Marijuana, Inc.

Hal J. Lewis has been serving the film, video and photography community for the last 24 years. With dozens of feature credits, hundreds of episodics and thousands of commercials and music videos to his credits, Mr. Lewis is a seasoned professional. In the production of the Academy Award winning movie, “The Artist”, Hal Lewis, in his capacity as head of the video and audio department, was an integral crew member. “The Artist” was the big winner at the 84th annual Academy Awards, taking home Oscars for best picture, best director and star Jean Dujardin, who beat George Clooney in the battle of the charmers.

Terms of the contract gave Mr. Lewis one third ownership of MarijuanaInc.TV, while Marijuana, Inc. gained one third ownership of Glass Slipper Studio ( www.glassslipperstudio.com ) with an option to purchase a greater percentage of Glass Slipper Studio. Lewis stated, “I believe that we share a vision, and with the tools that we have, we can help bring clarity to the issues surrounding cannabis and hemp. Someday I’d like to know that I helped bring positive change to the world.” David Tobias, President of Marijuana, Inc. agreed, “We’re privileged to have Hal join our team, and we’ve hit the ground running with loads of content to be edited. We intend to focus on producing the kind of videos that will catch everyone’s interest; in November, when voters get the right to express their views, we want MarijuanaInc.TV to be a hub for information and entertainment, and having Hal Lewis and Glass Slipper Studio on our team means that our content and quality will be second to none.”

MarijuanaInc.TV delivers top quality in house video productions to viewers via www.marijuanainc.tv website channels. Programming includes the valiant battle being fought against cancer by one of the youngest medical marijuana patients, Cash Hyde and his steadfast father Mike ( www.cashhydefoundation.com ). The upcoming weeks will feature MarijuanaInc.TV coverage documenting brave but ill children and adults suffering from debilitating diseases who have found relief – or intend to – by using marijuana protocols. MarijuanaInc.TV news also covers current events including the recent marijuana legalization rally at Los Angeles City Hall and the subsequent march and rally at the Los Angeles Federal Building, spearheaded by B-Real of Cypress Hill. Tommy Chong and many other activists participated in the event and were filmed by MarijuanaInc.TV in a “Virtual March” video that is posted on www.marijuanainc.tv . MarijuanaInc.TV’s film crew continued their efforts, and traveled to the Inland Empire for the Cypress Hill Smokeout where they captured the feeling of the event, including a heartwarming interaction between the San Bernardino Police Department’s mounted officers and Henry Hemp, a marijuana and hemp activist, soon to be posted on www.marijuanainc.tv . The lineup of upcoming projects include live streaming events and reality shows that are slated to begin production in the next quarter.

MarijuanaInc.TV also offers its studio and professional services to the community. With 2000 sq. feet of state-of-the-art studio space, including a pre-lit green screen and white cyc, and the newest and most advanced equipment, MarijuanaInc.TV’s Glass Slipper Studio is able to meet all of your production needs.

The main studio space is 39 ft wide 56 Ft deep with 17 ft high ceilings, and is equipped with Paul Buss White Lightning, Alien Bee, and Profoto strobes, along with the newest accessories and modifiers – including our new 86″ parabolic (please click on EQUIPMENT on www.glassslipperstudio.com for full list).