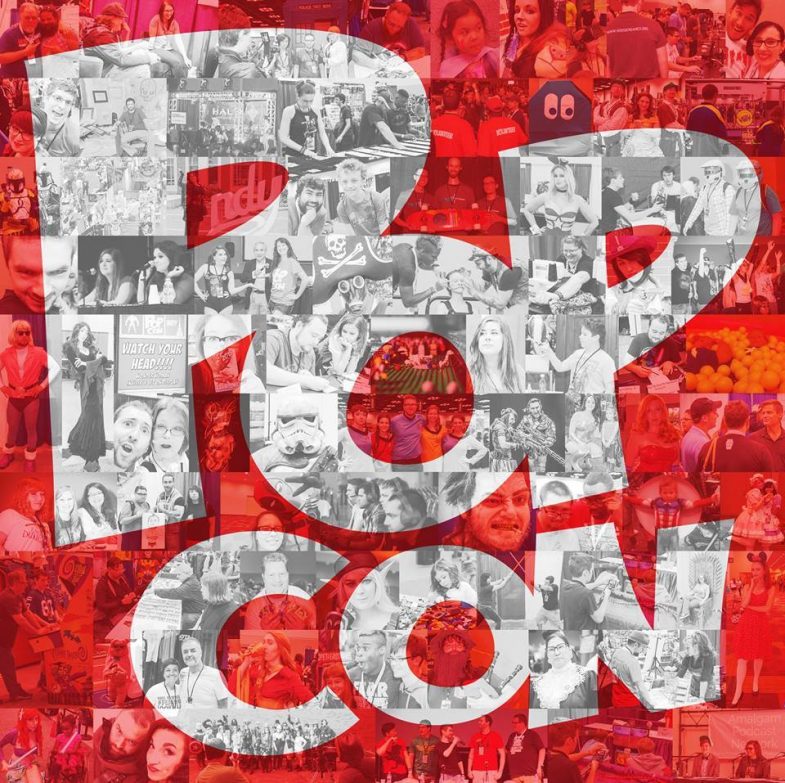 The 2016 Indy PopCon exploded with attendance which meant more guests, entertainment, exhibitors, and of course Cosplay.  In attendance and participating on panels, there were actors and actresses, producers, and directors representing the B Movie genre.  Over the three days there were about one hundred panels in all.

If you were one of the lucky ones, you kicked off the weekend a day earlier than the convention by joining the lovely actresses Catherine Mary Stewart and Kelli Maroney for a screening of their cult classic film NIGHT OF THE COMET at the Historic Artcraft Theatre in Franklin, Indiana.  After the film Catherine and Kelli joined Bill Dever and Kevin Bachelder for a Q&A session.

The following is just a small sample of the B Movie related panels that occurred throughout the weekend. 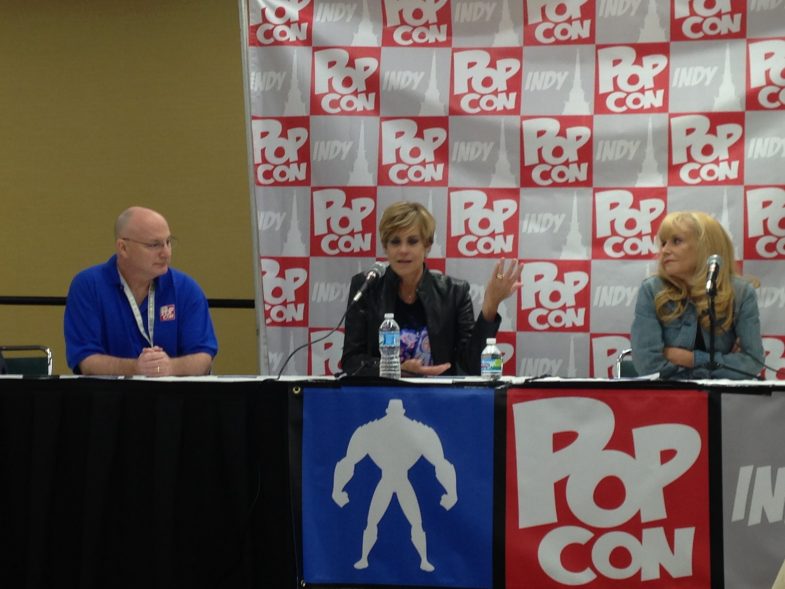 NIGHT OF THE COMET CAST Q&A

The first panel of Saturday morning included many cups of coffee after enjoying Friday night’s midnight screening of NUKE ‘EM HIGH.  Award winning podcaster and Tuning into Scifi TV’s owner Kevin Bachelder had the honor to moderate the NIGHT OF THE COMET panel with Catherine Mary Stewart and Kelli Maroney.  They all shared plenty of insights, jokes, and behind the scenes information.  With NOTC emerging as a cult classic in recent years, it was entertaining to learn so much about the film including prop issues, filming locations and times, and the audience was treated to some, “Keep your eye out for…….,” in specific scenes. 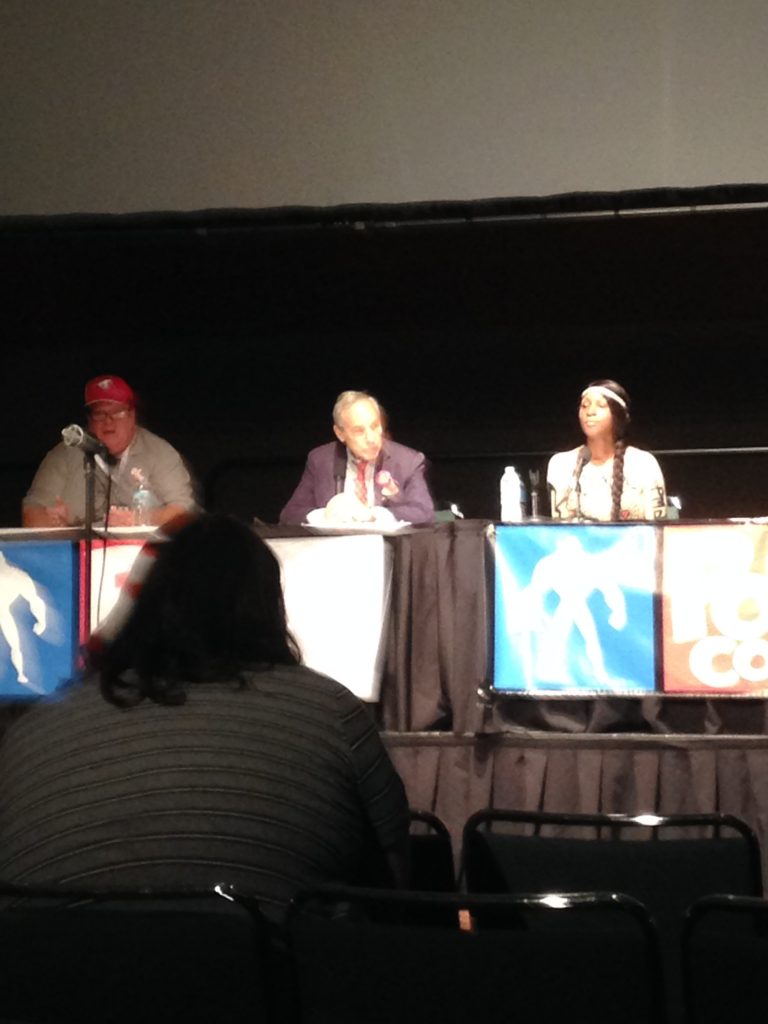 Producers and Directors Bill Dever and Lloyd Kaufman, two of the top industry professionals in genre films took the stage in the large panel room.  Kaufman has been operating Troma movies for forty years and has produced hundreds of films.  Dever is one of the owners of PopCon and he manages his own label at Polyscope Media Group LLC.  He has his hands in just about everything when it comes to filmmaking.  He develops IP video applications comprising web, streaming audio, streaming video, and cable television.  Dever is well known in the theatre business and works with filmmakers and production companies to get their films screened at private theatres.

The two were joined by Actress and filmmaker Monique Dupree who recently made and directed her own film SHADOWHUNTERS: DEVILSPEAK.  The panel went in great detail about independent filmmaking, how to make your own damn movie, and they interacted taking questions and assisting young filmmakers in the audience. 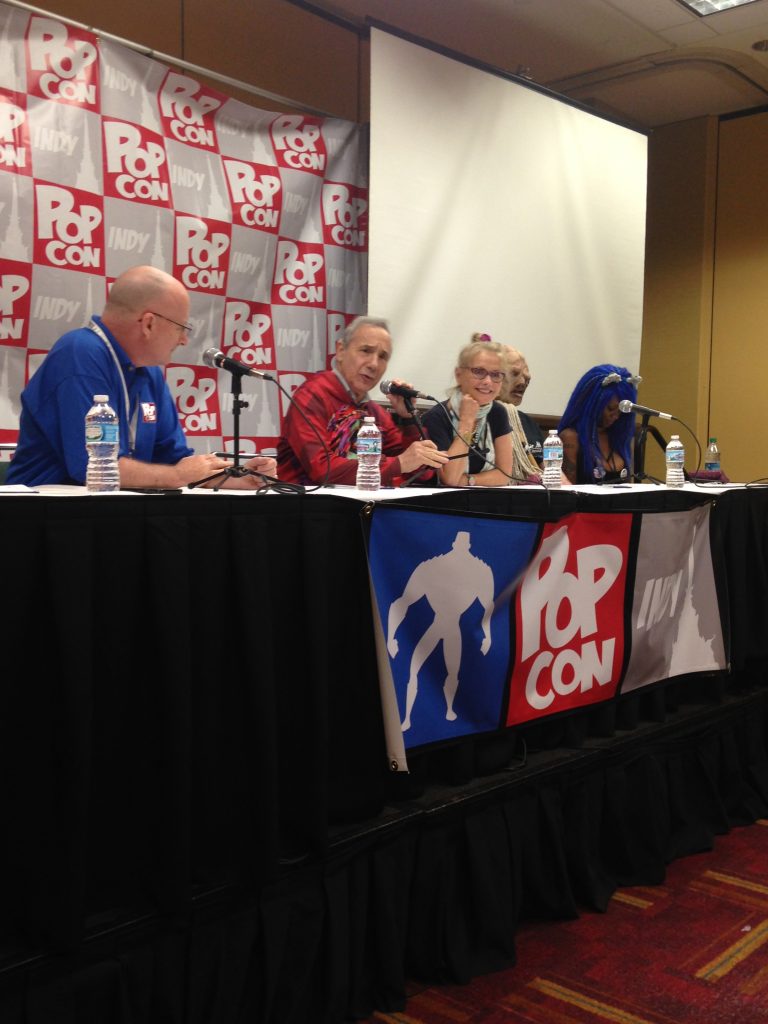 Dever, Kaufman, and Dupree joined another Troma panel that also included Kaufman’s wife Patricia the Executive Director of the New York State Governor’s Office for Motion Picture and Television Development and also up on stage was Troma’s fan favorite Toxie.  The panel discussed current independent filmmaking business and where it may be going in the near future.  Dupree talked about her first film she made and how Lloyd assisted and was her biggest supporter.  Kaufman and Troma are the biggest supporters of indie film and they love the art and want every filmmaker to succeed.  If you ever have the chance to meet Lloyd it’s highly recommended.   Lloyd and Troma recently started up Troma Now which is a subscription channel for classic and just released Troma films.  Also you can see many Troma films on their Youtube channel for free.

A LOOK BACK AT THE MOVIES OF THE 80S

Here was a fun nostalgic panel and enthusiastic audience.  The panel consisted of Bill Dever, Kevin Bachelder and yours truly.  Bill shared tons of informative facts about how films were made in the 80s.  There were discussions amongst the panel and audience on how 80 films had great stories and characters, which you don’t get as much these days.  It was a unanimous agreement by the panel and audience that the 80s had the best films of cinema history.

With Popcon’s success this year, already the organizers and volunteers are planning out the 2017 convention.  Keep up with all the updates and watch the list of guest grow by checking out the Indy PopCon website throughout the year.  The 2017 PopCon is currently scheduled for July 7th-9th.