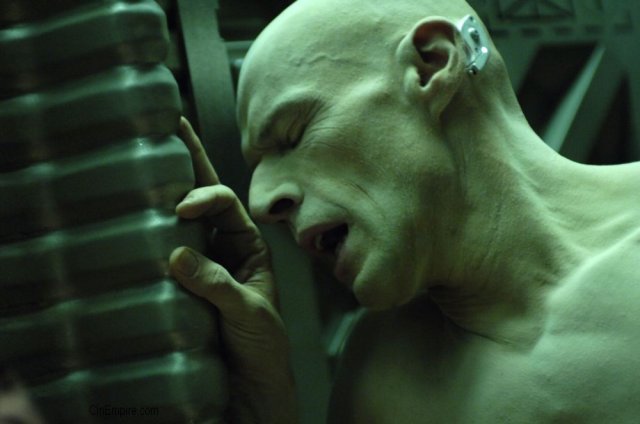 A world-weary cop tracks a ruthless, visually handicapped killer in Blind Man (A l’aveugle), the latest serving of B-sized schmaltz from producer Luc Besson and his Paris-based mini-major EuropaCorp. Directed by Xavier Palud (Them, The Eye) and written by genre junky Eric Besnard (Babylon A.D.), the film has all the ingredients for a gripping thriller, yet winds up being a certified yawner with hardly enough action or suspense to sustain itself for the long run. Mediocre local numbers should be followed by ancillary excursions in select territories.

Based on an idea by Besson, the pitch at least intrigues on paper: A killer is on the loose in Paris, chopping one of his victims to pieces and blowing the other one to bits. Commandant Lassalle (Jacques Gamblin, sleepy-eyed and muffled) initially suspects an ex-boyfriend of one of the targets, but his Spidey sense is soon tingled by a solemn piano tuner named Marvik (Lambert Wilson, stiff and never really scary), whose lack of sight is made up for by his enhanced senses and quick reflexes.

Although it takes some time for Lassalle to lock on to Marvik, once he does the film launches into a tiring cat and mouse game where the latter’s past as a bomber pilot in Afghanistan begins to play a major role in the puzzle – as if the geopolitical overtones would somehow make the story seem less contrived. A subplot involving a tepid romance between Lassalle and his partner, Heloise (Raphaelle Agogue), is more of a distraction than an attraction, and none of the characters really rise above stock grade.

Capturing events with little panache or acuity, Palud provides by-the-numbers direction that fails to draw much suspense out of anything, and the film’s meager action sequences are especially disappointing in that sense. (For a EuropaCorp movie, the pyrotechnics are few and far between.) Widescreen cinematography by Michel Amathieu is best when capturing some of the grittier Parisian locations, which are well served by production designer Dan Bevan (A Christmas Tale).

Blind Man was financed in part by Besson’s new crowdfunding initiative, Weareproducteurs.com, which contributed E118,000 ($156,000) to a budget that probably counted in the single-digit millions. (Donors were thanked in an extra-long end credits roll.) Unfortunately, the end result is far from the sum of its many benefactors.