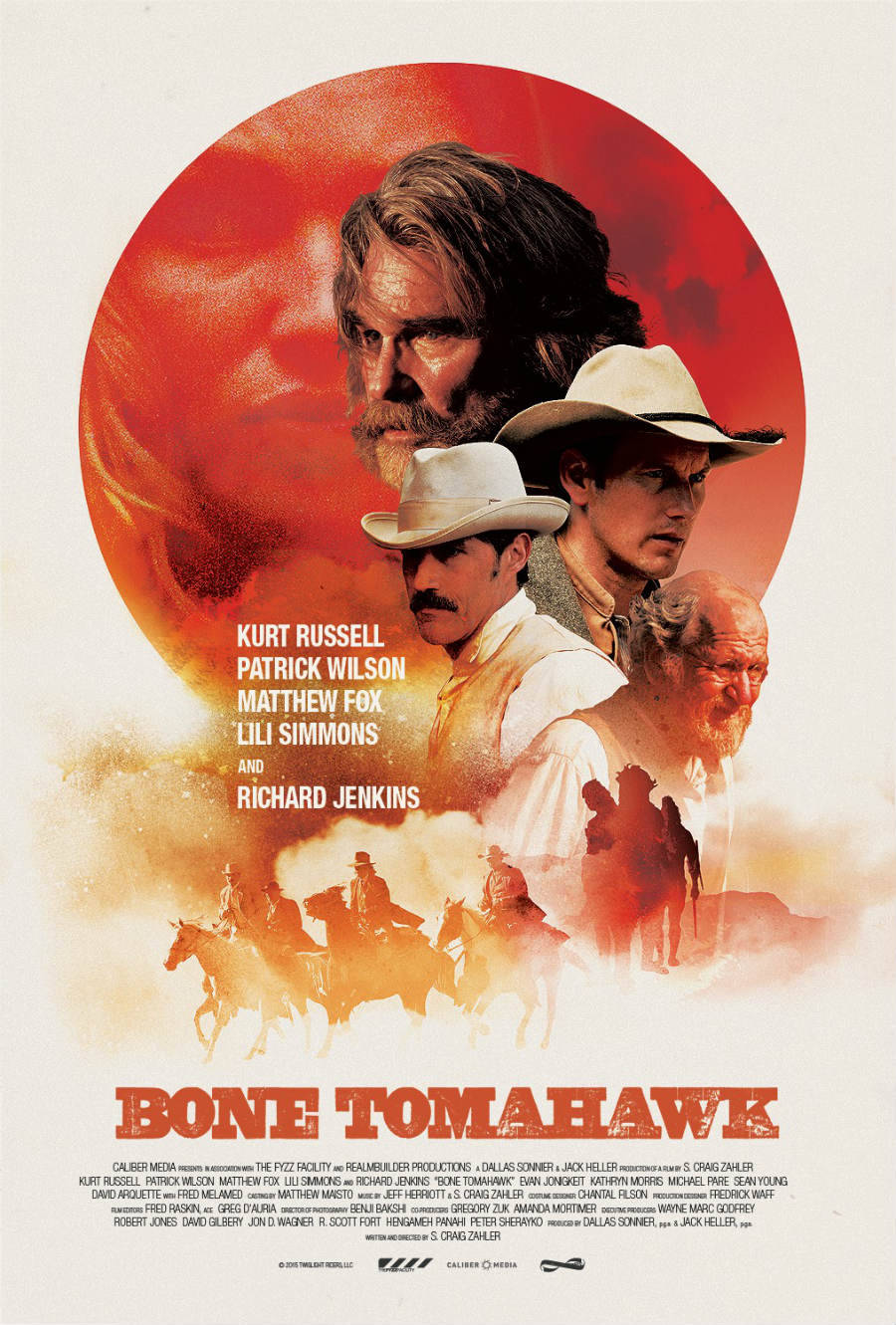 This film is a rather special genre-mix of classic Western themes and gory, insane B-movie horror elements. Films like the quite watchable The Burrowers (2008) and Dead Birds (2004) have mixed those ingredients before with some success, but while those two were undoubtedly B-movies, Bone Tomahawk never feels like your typical straight to VOD genre film.

What really stands out right from the start is the writing: the precise dialog and never less than interesting characters are what really makes this film a winner in my book. The premise might not be very original – it’s Western to the bone (pun intended) and very much in the tradition of great classics like The Searchers – but despite its dark themes, there is so much understated humour in Bone Tomahawk that I felt at times reminded of some of the characters in Jim Jarmusch’s films. And Richard Jenkins’ character, back-up deputy Chicory, is down-right hilarious. The acclaimed (and Oscar-nominated) actor clearly has a blast with his part, and the same can absolutely be said for the rest of the cast. This is a film that is willing to spend a very considerable part of its running time just building atmosphere and exploring the different characters, and the action/horror moments are actually few and far between. According to some recent interviews with the producers, the excellently written characters are also what drew A-list actors Kurt Russell and Patrick Wilson to the film, despite its micro-budget, and if Russell hadn’t been so committed to playing the part of Sheriff Franklin Hunt, the film wouldn’t have been made.

In spite of its tiny budget, this is a quality film that really should have had a wide theatrical release; everything from the A-list cast to the excellent cinematography, sound and production design practically scream for the big screen. A word to the wise, though; after some initial mayhem, the film moves along at a very considerate pace (and at over two hours it’s a rather long film), so for those who seek entertainment heavy on action with non-stop shoot-outs, gory thrills and scares, look elsewhere: this is probably not the film for you (and perhaps also not the film that was promised in the trailers). But if you like old-school Westerns with great characters (played by great character actors), great atmosphere and deadpan humour, and you ALSO don’t mind (very!) gory thrills, scares and some bloody shoot-outs along the way, I believe you will enjoy this film very much.