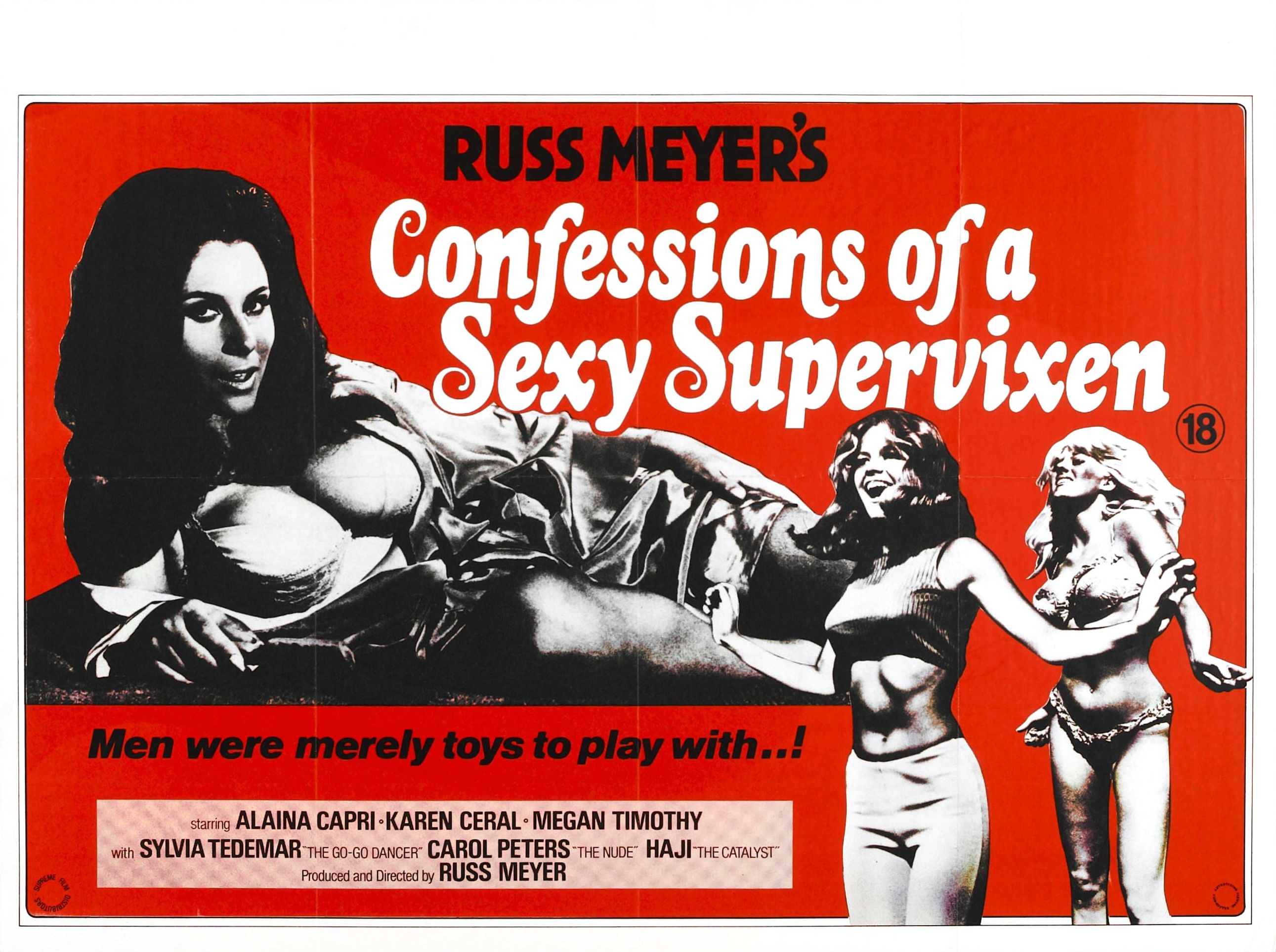 Good Morning… and Goodbye! AKA Confessions of a Sexy Supervixen is one of the movies from Russ Meyer’s soap opera period. It isn’t really a comedy as such; it’s more of an extremely over-the-top melodrama. It’s basically about a rich but impotent husband (Stuart Lancaster from various Meyer vehicles) and his sexually dissatisfied wife (Alaina Capri from Common Law Cabin) who, due to the lack of sexual fireworks at home, takes a blue collar lover. She does not hide this fact from her husband at all. This leads to all manner of confrontations where men and women talk harshly to one another Meyer style.

Jack Moran the screenwriter of Faster Pussycat! Kill! Kill! Is the writer here and it shows. The dialogue is filled with the gloriously vicious put downs and nonsensical hipster talk that we’ve come to expect. Alaina Capri in particular gets a barrel-load of great lines and she delivers them with gusto. Capri is awesome in this film. She is without doubt one of the sexiest women to grace a Meyer picture. Her pneumatic figure, coupled with her strong beautiful features, make her a perfect super-bitch for an RM production. Meyer, it goes without saying, photographs her to perfection and she owns every scene she is in. She isn’t really an actress but she delivers her lines in that curious way that all women seem to in RM productions – half shouting, half sneering – which for some unknown reason always works brilliantly. Alaina Capri is truly the most underrated Russ Meyer actress. She just oozes charismatic sex appeal. And all her bits seem to be in the right places. Another Meyer regular Haji appears too in a memorable role as a supernatural sorceress. Haji was the most quirky of all Meyer women, a true free spirit who is clearly in her element in this movie as a creature of nature at one with the forest. She interacts with Stuart Lancaster’s impotent husband and gives him back his missing sex drive. Lancaster is, as usual, great but RM productions are always really about the leading ladies.

Technically it’s up to the usual high standards we expect from a Meyer flick. His photography and quick editing are all great once more. It isn’t one of his more outrageous films as there isn’t much nudity and the violence is restricted to a couple of bloody punch ups. Even the story is fairly routine. However, don’t worry this is a great RM movie. Alaina Capri and Haji are fabulous. Jack Moran delivers another bunch of great lines. And Russ films it all with loving care. Just great.
Was the above review useful to you?