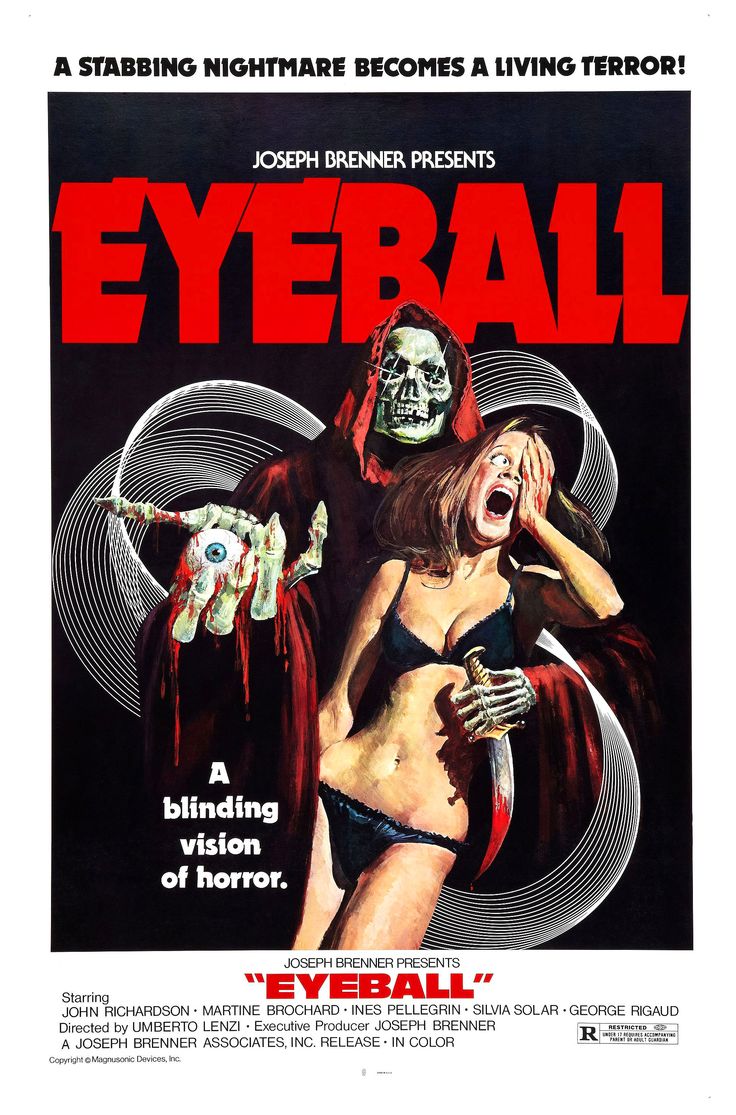 A group of American tourists is visiting Spain. A red-cloaked killer is with them (or following them). The killings are nasty and the victims always have one of their eye balls removed. Right in the beginning of the film there’s a very sudden and brutal murder. The fateful knife flashes out, the unlucky victim screams and screams again and the knife goes down and down. From this moment on I was hooked to the film.

Slasher film fans should like “Gatti rossi in un labirinto di vetro” (Eyeball). The action never lets down and the film is incredibly light and humorous. There are of course pretty girls and the mandatory lesbian couple (with rights to jealousy, fight and reconciliation scenes). The viewer is given a lot of red herrings and this enhances the fun still more. The Spanish locations are delightful (Barcelona and Sitges) and Umberto Lenzi displays his usual cinematic ability with swift and precise camera movements and editing. There are good killing scenes, particularly one in a funhouse.

I guess you won’t be able to find out who the killer is. Anyway the story does make sense but is of secondary importance for those who want to enjoy the film.

“Gatti Rossi in un labirinto di vetro” (Eyeball) could be defined as a summer movie for grown-ups. It has it all – it’s violent, sexy, funny, colourful and it has a cool soundtrack. So just let your critical brain at the door and enter this giallo funhouse. You may enjoy the ride.