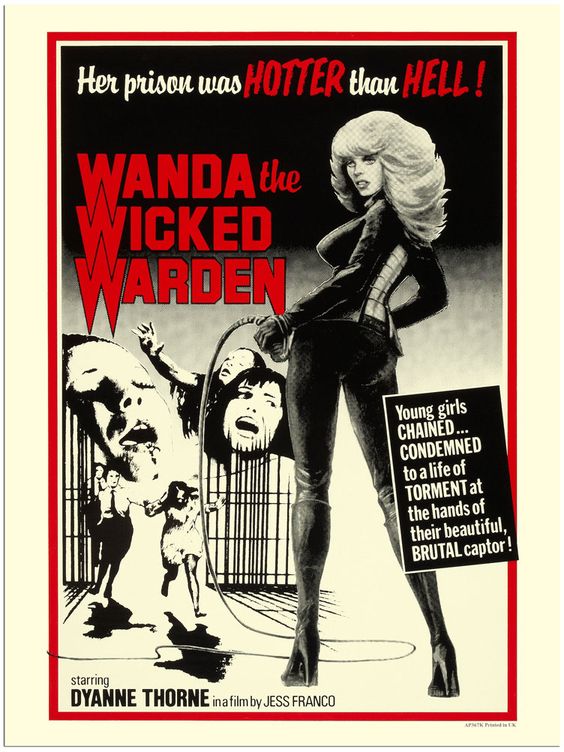 I am an admirer of Jess Franco, and one of the people to be of the opinion that this highly prolific Spanish cult director’s repertoire includes quite a bunch of great films (such as “The Awful Dr. Orloff” of 1962, “The Diabolical Dr. Z” of 1966, “Venus In Furs” of 1969, “Count Dracula” of 1970 or “The Bloody Judge”, also 1970, just to name a few). It is undeniable, however, that Franco has also directed a bunch of stinkers in his long and impressive career. This “Greta – Haus Ohne Männer” aka. “Ilsa, The Wicked Warden” of 1977 is one of the rather crappy films Franco has directed, although not quite the most dreadful one. This unofficial sequel to the infamous “Ilsa” series is admittedly better than the, overall quite similar, but more dreadful “Sadomania” of 1981. The weaknesses of the two movies are pretty much the same – they are both watchable for the sleaze at first, but they both get really really boring after some time (in spite of the constant sleaze). “Ilsa, The Wicked Warden” is not quite as pointless, however, and at least it makes some little efforts to remain interesting. As in “Sadomania”, it is the sleaze that keeps you watching, but “Ilsa…” has a few other qualities, such as Lina Romay as one of the prisoners, and, of course, Dyanne Thorne, who enjoys quite a cult status among exploitation fans. Director Franco also has a small role himself, which is a bit bigger than his cameo in “Sadomania”.

As mentioned above, this is meant to be a sequel to the infamous “Ilsa” series. Ilsa (Dyanne Thorne) is called “Greta” in this one, and Greta is the sadistic warden of a jungle prison camp for women. Not too surprisingly, things begin to get pretty damn sleazy from the first minute… and unfortunately also pretty boring. Nevertheless, this is not a complete failure. The plot is thin, but it is also quite wicked, and it contains some gruesome scenes, as well as some quite original ones. The constant sleaze and nudity might keep you watching, but over all, “Greta – Haus Ohne Männer” becomes pretty boring soon. It’s not a movie that has to be avoided at all costs, but in case you are not a hardcore enthusiast of the ‘Women In Prison’ sub-genre, I would recommend to skip this one.