Set and filmed in Chicago, BASTARD SON OF A THOUSAND FATHERS (BSOTF) is about a ruthless immigrant’s quest for power that leads to the development of the ultimate, addictive drug that allows the user to remain a productive member of society. Just as he’s starting to cash in, a blackmailer threatens to take it all away.

At the U.S. premiere in Chicago the audience quickly grasps how intense and dangerous the altered drug can bein the opening scene.  A struggling addict in desperate need of help is at a doctor’s office going through horrendous and physical pain while covered in blood andlacerations.  The next several scenes emphasize how much control the drug has over the users and there are some graphic and disturbing moments showing what the addicts will do to get more. 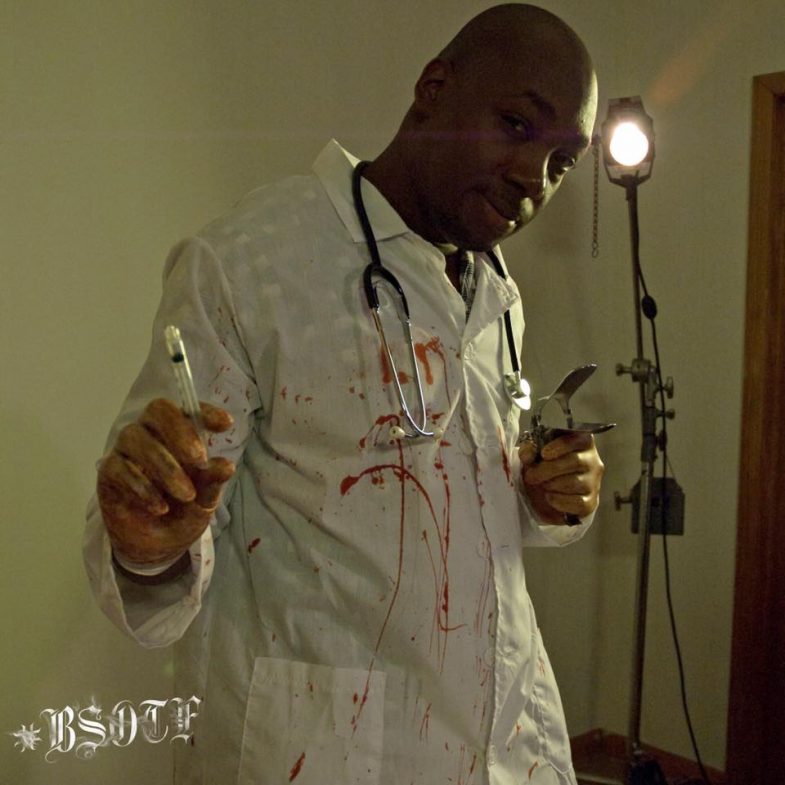 With a strong conflict in place the audience is curious what will happen.  The drug’s unique recipe is the possession of Koda(Lanre Sarumi) and his partners Rex (Tirf Alexius) and Cal (Remoh Romeo).  Soon they are faced with a difficult dilemma when Koda is blackmailed.  Koda is onto kingpin Duke (Hugh Grady) who is trying to obtain the elite drug’s recipe in order to control the entire market.  Koda has other plans for Duke as his goal it to take over Duke’s territory and expand into the turf of rival gangs.  The blackmailing mystery motivates Koda even more to take control of the entire area and find out who is blackmailing him.   Everyone including Rex and Cal is a suspect in his mind and no one will stand in his way.

The story is very intriguing as it’s fast-paced and provides an ideal amount of setbacks and twists to keep the audience engaged from start to finish.  Even when you think it’s over for Koda, it’s not. 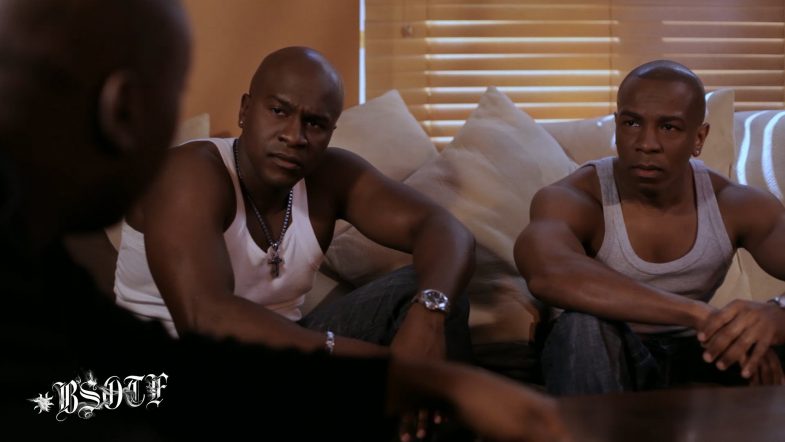 BASTARD SON OF A THOUSAND FATHERS is a 4 Features Film production.  The concept and screenplay are credited toRemoh Romeo and Tirf Alexius, who also star in the film and are a couple of the partners at 4 Features.  Romeo and Alexius also wrote, starred and directed the award winning LAKAY, a documentary about two brothers who return to Haiti after the 2010 devastating earthquake hoping to find their loved ones alive.

Chad Meyer who has appeared in over forty films, shorts, and TV series the last decade stars as Jeff in the film and is one of the producers.

Sarumi directed, starred, produced, and is one of the writers for BSOTF.  Sarumi previously has directed shorts and BSOTF was his directing debut for a feature film.  His directing skills were equivalent if not better than a prominent veteran director.   His hard work, dedication, and pre-production preparation with the assistance of Romeo and Alexius resulted in a high quality finished product. 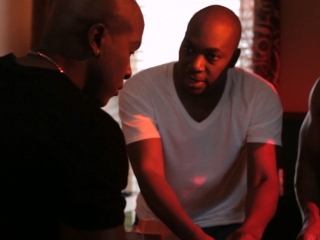 The screenplay is a structurally sound story that provided excellent character development and dialogue including the instant classic scene, “machete or syringe.”  It provided ideally located roadblocks giving Koda momentum and to overcome the setbacks he endures.  Even though the nature of the film is about the terrifying drug world, the film contained breaks from the intensity with multiple comedic moments and some were quite awkward and hilarious. 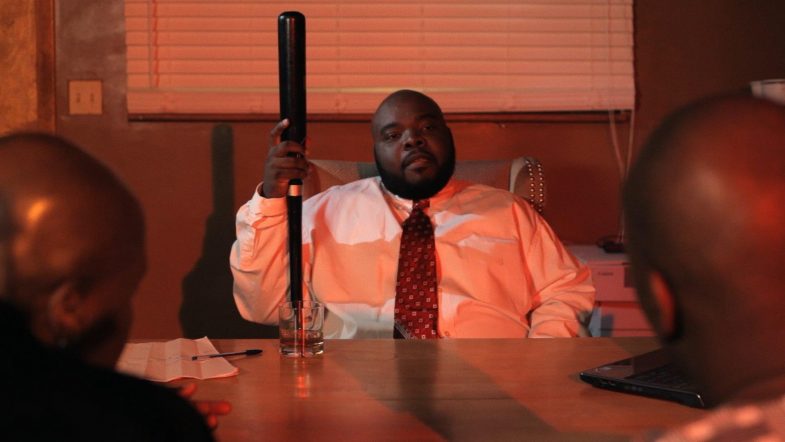 With fascinating characters in the screenplay, the actors would have the challenge of bringing them to life, and each actor accomplished this.  Sarumi’s looks and physical appearance complimented his role as a merciless man.  His facial expressions were authoritative as well as threatening.  His character was accentuated by Romeo and Alexius, as they were perfect partners in crime, but they also were likeable characters showing that despite being criminals they were humans and had emotions.   Hugh Grady was the big boss you couldn’t get enough of.  His actions and dialogue would crack up the audience and he has some secrets he’s hiding from everyone that Grady plays very well.

Iris Kohl played the junkie Gloria and she’ll make you curious if she’s a junkie in real life.  Her expressions, speech, and even the way she hobbled due to her body deteriorating, did an amazing job portraying the true struggles and actions of an addict. 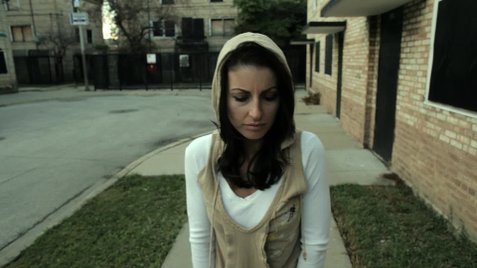 Composer Jon Pierre provided some powerful background music during the dangerous and brutal scenes and accentuated the dramatic moments.   There were a few gory scenes and the talent of the Makeup Department was exceptional as the audience cringed due to the vivid and realistic violent injury effects.

Cinematographer Melissa Flores worked diligently with Sarumi.  The locations, lighting, and camera angles set a genuine feel for a true urban area that’s saturated with crime and drugs.  Editor Michael Zak had his work cut out for him in the editing room and his editing skills shine as he spent countless hours editing and putting it all together.  The entire cast and crew deserves credit as it’s obvious they all put their heart and soul into making the film.

The film’s world premier was held in the origins of Sarumi, Romeo, and Alexius in the country of Haiti (fix).  The U.S. premier was held in Chicago, which is the current hometown of the three.  At the premier, attendee Bonniejean Alford an actor/writer and Founder of Alford Enterprises had nothing but praise for the film, “As an actor and writer, I cannot express how profound of an impact this film had on me,” tells Alford.  “Initially, I attended to support people I know that are in the film, but as I sat watching with an open mind, I was transported into the world presented on the screen.  The acting was more than just believable.  Rather, it was if it was the truth and the audience were the fiction.  A well-written poignant display of reality, etching out a decent into madness.Truly a job well done by all involved. I am so glad I was able to see it and plan to watch it again.”

BASTARD SON OF A THOUSAND FATHERS is premiering in select cities and then will be available on all major VOD platforms. To keep updated visit the films websites BastardSonMovie  and Facebook/BSOTF.