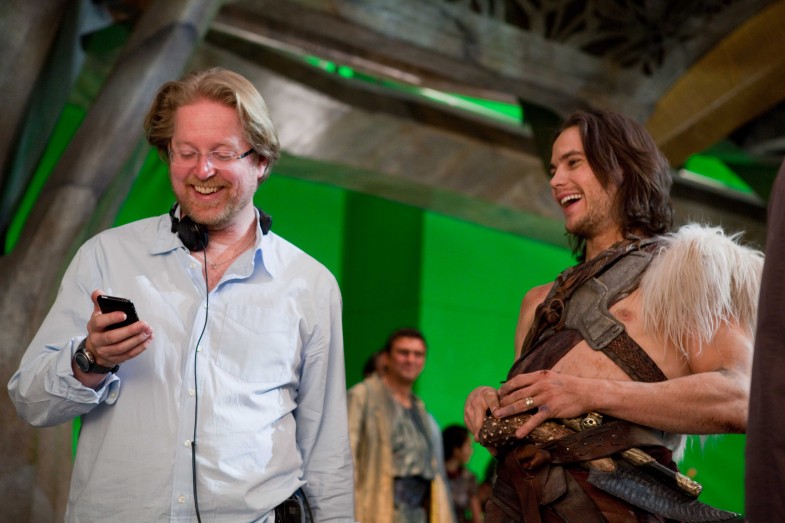 It is an old Hollywood maxim that everyone flees from failure. When a big movie bellyflops at the box office — like John Carter, which has pulled in a cringe-inducing $62 million in the U.S. in its first three weekends, barely a fourth of the film’s $250 million budget — usually everyone involved tries to get as much distance as they can from the film, as quickly as they can get it. Everyone’s hoping to salvage not only their careers, but their psyches as well, especially when that much blood, sweat, and treasure has been invested in a passion project that’s become a media punching bag.

Apparently, no one told Taylor Kitsch this is how he’s supposed to behave. When EW caught up with the actor a few hours before he was embarking on his global press tour for Battleship — his second effects-laden big budget studio picture this year — the 30-year-old actor said he had “absolutely no regrets” about his first big screen starring role. “I would do John Carter again tomorrow,” he says forthrightly. “I’m very proud of John Carter. Box office doesn’t validate me as a person, or as an actor.”

Kitsch understands that the sci-fi adventure’s financial failings — while it’s pulled in over $230 million worldwide, Disney still expects to lose $200 million on the film — are clearly “unfortunate,” if for no other reason than it’s a virtual certainty that director Andrew Stanton’s planned two sequels will never see a greenlight. “I’d love to go do John Carter 2,” he says. “I really would. It’s just s—ty I don’t get to work with the [John Carter] family. It really was a special thing.”

But Kitsch isn’t dwelling on the past. “I’m going to keep working,” he says. Kitsch points out that after Battleship, he’s got Oliver Stone’s Savages coming out in July, and then he’ll likely start shooting the Navy SEAL drama Lone Survivor for Battleship director Peter Berg in the fall. “It’s an exciting time,” he says, and he clearly means it.