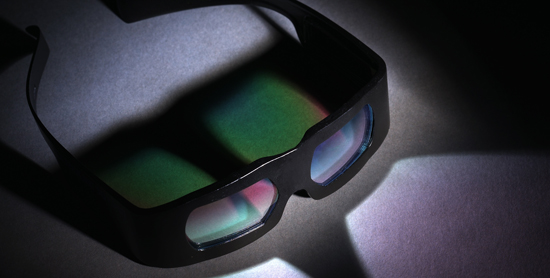 A few years ago, prices for 3D movie tickets increased thanks to 3D surcharges that help cover the cost of converting cinemas to 3D, and simply because 3D films are marketed as events, which supposedly means they deliver more value than regular old 2D movie projections.

I don’t think many people would be upset to see 3D ticket prices drop, at least in the abstract. But one owner of a small movie theater chain thinks that in 2012 we’ll see 3D prices lowered, while 2D ticket prices are increased to make up the difference. In other words, we’ll all pay for 3D, whether we like it or not.

In Screen Trade Magazine, Spotlight Theaters CEO Joe Paletta writes about the future of exhibition. In particular, he says of ticket prices:

Among the bigger changes will probably see the 3D-upcharge disappear. 3D charges will help increase the overall ticket-price but, as an industry, I think we’ll see a blend begin to emerge in 2012, where patrons will have a single price for both 2D and 3D films. 2D prices will increase and 3D prices will decrease.

I can’t say I’m surprised to hear this, but making this change would have made a lot more sense three years ago just as 3D started to get big. Prices could have been gradually pushed up across the board and people wouldn’t have noticed. Granted, a lot of people won’t notice this anyway, I expect, but if (a) this price change does become an industry-wide trend and (b) it gets widely reported, then we’re likely to see a lot of angry customers.

Some of the reason for a general ticket price increase might be found in this other statement from Paletta, as he discusses concessions:

However, I cannot see exhibitors’ willingness to absorb spiralling concessions costs. We are already operating on very slim margins and will find ways to pass along price-increases to the consumer in some form or fashion. Frankly, movie theaters that do not turn a profit on their investment will go out of business.

Keep in mind that this is just one man’s prediction. Paletta owns a five-cinema chain, with locations in Georgia, Florida and Hartford, CT. He may operate on slightly tighter margins than some larger chains. But if large chains like AMC think they can make an across-the-board price change without too much customer backlash, you can bet it will happen.