Two brothers, Charles and Thomas, who feel they are of superior intelligence, concoct a deadly game of murder to fulfill their devious fantasies, but doing so derails their relationship with horrifying results. 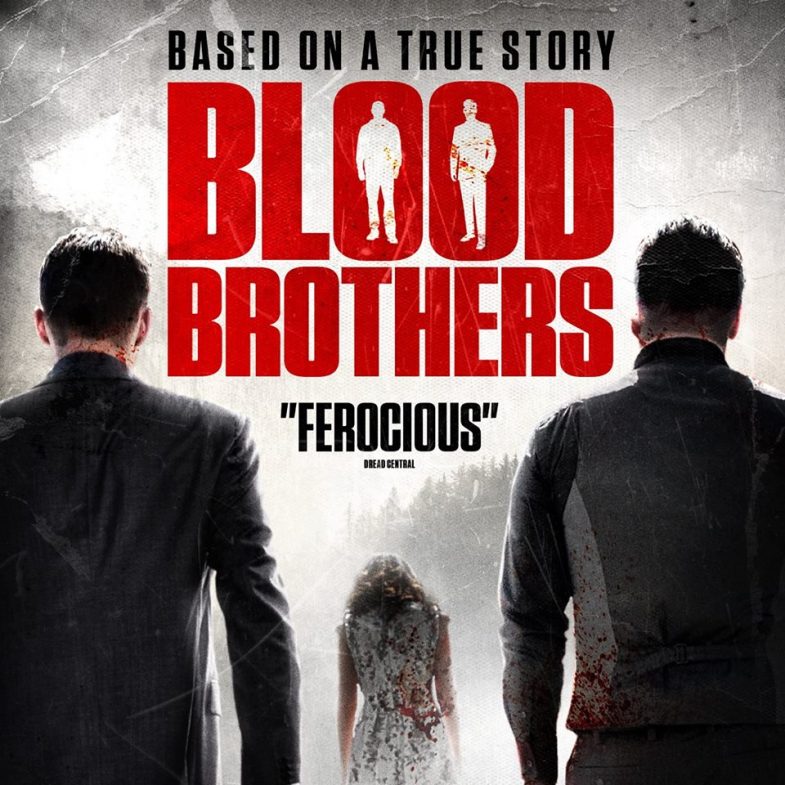 When Jose Prendes wrote the script for BLOOD BROTHERS, he did aspectacular job getting into the mindsofall the characters, especially the killers. Prendes also directed the film which contributed to the great success of bringing the story and characters to true form.  From the first moment we meet the brothers, Thomas (Jon Kondelik) and Charles (Graham Denman) we learn how sick and twisted they are when they play a game with Doug, a drug addict.  They’re not exactly likeable characters, but the more we learn about them and watch them develop, they become very intriguing. Thomas is controlling and bullies Charles, while Charles is the mama boy and he’s always attending to their sick mother.  Their common ground is they both want to kill, so they search hard for the perfect candidate.  The selection process is not as easy as most would think as they take their time strategically evaluating the person to be their first kill.

As the story moves forward, the tension and conflict increases between the brothers.  There are actions and twists that make you wonder which one of the two is crazier? In the first half of the film, Thomas and Charles are a team, but things drastically change after their first victim.
Kondelik and Denman did an amazing job portraying Thomas and Charles as complete psychos.  Hannah Levien was spectacular in her dual role, one being the lovely waitress Genevieve and the otherVanity,a sarcastic and intriguing hooker. The icing on the cake was Barbara Crampton playing the role of the boys’ mother.  She appears to be a sweet mother, but later we discover who she really is and how her history contributes to her sons killing habits.  Ken Foree must have been a real life law enforcement official, because he did an excellent job as Detective Homer. 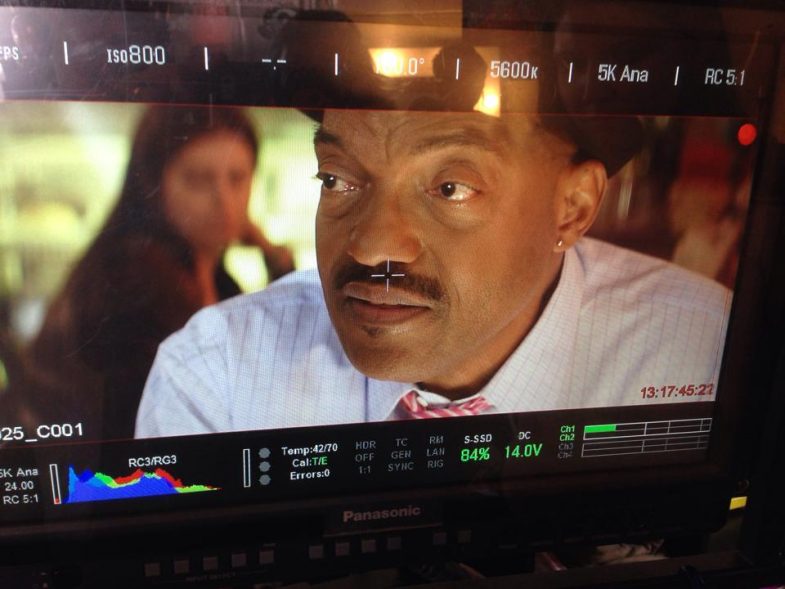 BLOOD BROTHERS is a chilling film with a compelling story and all the actors areconvincing.  There are plenty of sarcastic moments to provide that neededcomical relief. So, how did Jose Prendes go about creating these intense characters and story? Prendes shares in great detail how everyone and everything came together.

“I’ve always known Thomas and Charles, they are parts of me. That sounds completely psychotic, but I think any creator would back me up on. When you create a character, if they aren’t a part of you, apart of fabric of your life and the sum of your experience, well they’re going to be shit and inauthentic. That’s the one thing I can’t stand in a movie, falseness. Inherently, a movie is a false thing, but the people in it should be as alive, and real as you can possibly manage it. Look at all the characters that stuck with us through time. Charles Foster Kane, or Jake Lamotta, or fucking Forest Gump, there was something genuine about them that made us take notice and find bits and pieces of ourselves within them. So yeah, I have a bit of every character I write, and Thomas and Charles swim in that same soup.” 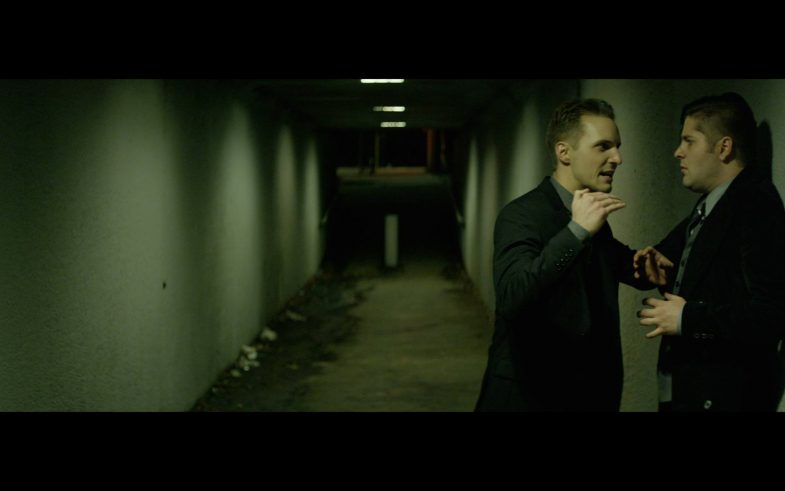 “It was a blast to let loose and let them speak. I wrote the fifteen page open scene in an hour at four in the morning. When I was done, I knew who these guys were and the trick was finding what their story was. I didn’t do much outlining, just kind of let it happening organically, she serves for a better film in my opinion. And still, I made sure every scene was needed and every beat was handled best way possible. At the end of the day I wouldn’t call this an out and out horror movie, it’s really kind of a drama with horrifying shit peppered throughout. So in making a drama, the characters are number one, and I wanted to bring across that these weren’t just puppets that dance around for the length of the movie, I wanted you to feel or at very least realize that there was a life before the movie began and we met them and that there is a life after. Some movies feel so plotty and so plastic that it is hard to wrap your head around the fact that there is a before and after life. My goal was to bring you into the world for a stretch of time and make you part of the family, which affected the way we shot the film and that’s why I wanted a lot of long takes and flow camera moves, to put you in their life.”

“I can call this my first real movie, even though it’s my fourth, it’s the one that speaks my language the best. Everything from the style to the camera to the dialog to the blocking to the music to the editing really speaks to my esthetic, which I haven’t been able to fully implement with my other films because they were either for other people, or frankly I was too young and dumb and hadn’t found that mojo yet.” 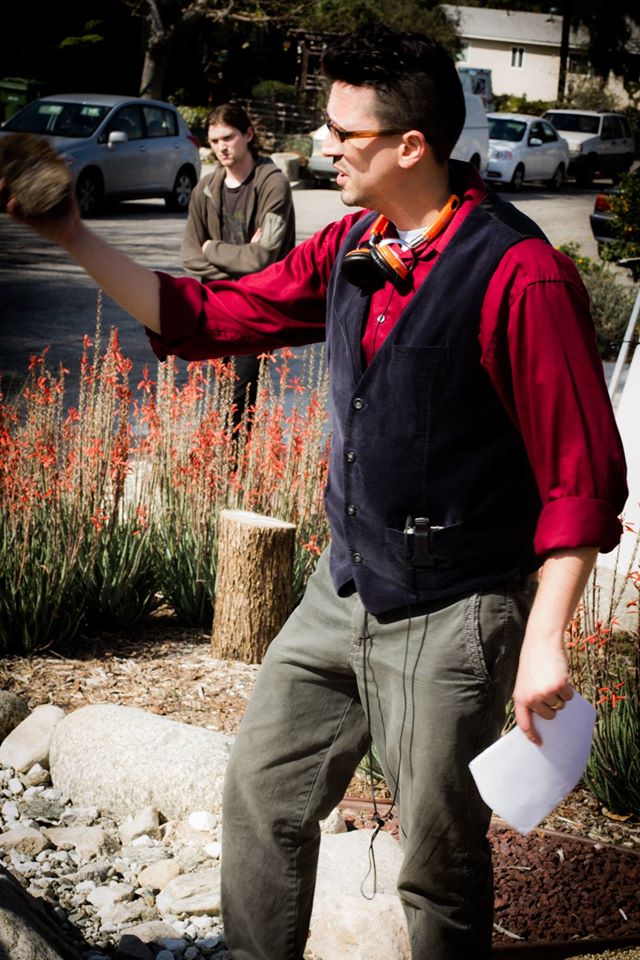 “It was an honor to work with Barbara Crampton, who was hesitant to do the role because it was so harsh and different from the stuff she’s done in the past, but ultimately she threw caution to the wind and stepped into a magnificent, layer performance. My one big tip for her character was Bette Davis. I told her to watch and study Bette, and boy did she bring Bette forward in her own, inimitable style. I wrote a letter to Ken Foree when we sent him the script, and he not only responded to my plea as a filmmaker but he loved the character of Homer that he said yes immediately. It was so much fun to work with him and he was so dedicated to his character that I felt honored to have him be apart of it.”

“Working with Graham and Jon as Charles and Thomas, respectively, was the real joy. These were close friends of mine that I wrote the parts for and they did a gangbuster job with their characters. They went to highs and lows that I knew they were capable of, but had no idea how intense and thrilling it would be to watch them get there. This movie might not do much for me, but I hope at least that it opens doors for them.”

BLOOD BROTHERS is one film you can’t pass up and it’ll be in select theaters and available on VOD December 2nd.To comment on one of the final scenes, a congratulations is in order for Charles for winning the bloody hammer award, we do like you.