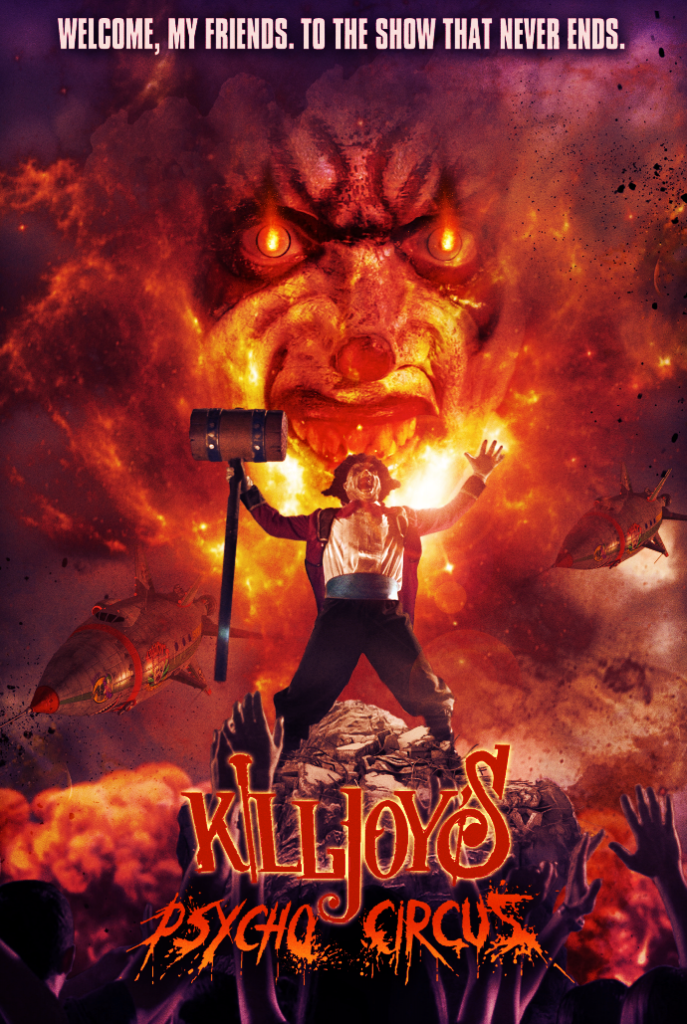 The big top of terror will be available online at Full Moon’s Amazon page, along with their entire catalogue of new and classic titles: http://www.fullmoonamazon.com/ 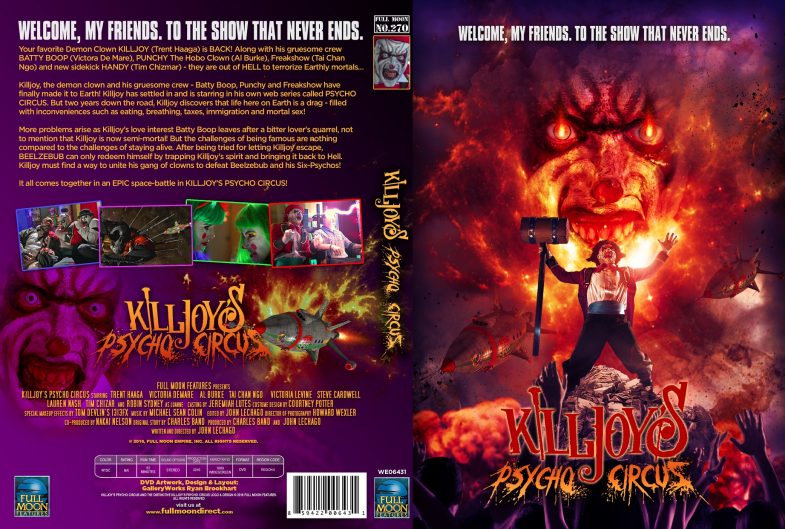 Killjoy, the demon clown and his gruesome crew – Batty Boop, Punchy and Freakshow have finally made it to Earth! Killjoy has settled in and is starring in his own web series called PSYCHO CIRCUS. But two years down the road, Killjoy discovers that life here on Earth is a drag – filled with inconveniences such as eating, breathing, taxes, immigration and mortal sex!

More problems arise as Killjoy’s love interest Batty Boop leaves after a bitter lover’s quarrel, not to mention that Killjoy is now semi-mortal! But the challenges of being famous are nothing compared to the challenges of staying alive. After being tried for letting Killjoy escape, BEELZEBUB can only redeem himself by trapping Killjoy’s spirit and bringing it back to Hell. Killjoy must find a way to unite his gang of clowns to defeat Beelzebub and his Six-Psychos!

It all comes together in an EPIC space-battle in KILLJOY’S PSYCHO CIRCUS!