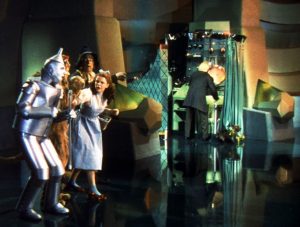 There has been a flurry of behind the scenes meetings between groups of theatre owners and the studios. A range of topic are being discussed including windows, day and date with direct to the home services and picture holds. While the theatre owners are putting on a brave face, the truth is that the studios are not giving much respect to the theatres and are quickly advancing their causes and in what has become fashion as of late, ignoring the theatres.

Several companies have stepped forward with plan to deliver movies to the home on the day of release, some studios are keenly interest in participating with this …others feel that they have enough market strength to take a wait and see attitude. There has been talk about possibly cutting down windows to 14 days. What is more than evident is that love/hate relationship that Hollywood has had with movie theatres is shifting to more of a don’t care/hate relationship .

The bottom line is that things are going to change and change at an accelerating rate. It really is time that theatres, if they are to survive start to wean themselves away from a steady diet of Hollywood product.

Digital projection was promoted as means of making movie distribution more ﬂexible. Instead of being tied down to the weighty physicality of ﬁlm canisters, digital copies of movies could be transported much more easily across greater distances; some critics and ﬁlmmakers, however, feared that this transition would come at the price of potentially ushering in the end of cinema itself, or at the very least the end of the social role of movies. This is coming to pass.

Of course due the machinations of Hollywood, the brutal use of the VPF’s and other shenanigans none of this has come to pass.

The first time I walked into a projection booth, I saw two Simplex projectors that shown light on the film emulsion courtesy of a carbon arc. The booth smelled, a twinning of heated projector oil intermingled with the metallic smell of the striking carbon rods. The bell rang warning of an upcoming reel change, donut appeared briefly in the upper right hand side of the screen and and a projector would spring to life. To see a good operator was a thing of beauty, well trained craftsmen of the truest sense who commanded their booths as would a captain of his ship. It was a wonderful mixture of skill and alchemy. When the platters entered the booth, the days of the union projectionist were soon numbered, the projectionist were shuffled out of their booths, only to be replace by eager ushers.

When digital projection rudely replaced the decades old RCA’s Burkhart’s, Simplex and Cinemeccanica’s. the magic left the theatre. These computers with a lightsource were apply to project an image on the screen, but never could emulate the lushness of a acetate print of Rear Window, a picture originally shot in Technicolor. There are still some houses which run a changeover system, I am so very lucky to be living in a town which still projects 35mm prints. The image may at times be imperfect but the vitality contained in that emulsion easily makes up for it.
If you haven’t guessed it by now, let me state it load and clear….I love movies, I love movies theatres…I have made movies, I have owned theatres and I am more than worried that a tradition spanning 120 years is about to be diminished if not totally lost because Hollywood is no longer run by showman but by accountants and lawyers who as a function of being employed by public companies have to be more concerned with their shareholders than the people that consume their product. If you run a public company you a are mightily concerned about their company’s 10K , an annual report required by the U.S. Securities and Exchange Commission (SEC), that gives a comprehensive summary of a company’s financial performance and their 10Q’Form 10-Q, a quarterly report also mandated by those fun folks at the United States federal Securities and Exchange Commission, for any company that trades publicly.
That’s the true focus of any company that is on any kind of stock exchange. They are truly not worried about their customer, their partners or their vendors they are concerned that the number and the story attached to the 10K and the 10Q’s will make their stockholders happy.

The major theatre chains are also public companies and face similar pressures. They need a story to tell Wall Street on why their business is vital and sustainable. Stadium seating, 3D, luxury seating, food and alcohol are all strategies to keep the movies theatres relevant in the eyes of the analysts at venture capital and hedge funds. Now an old projectionist friend of mine, is baffled why any business would have as it’s strategy removing the capacity for 50 percent of it’s customers (luxury seating). I truly think the majors are running a race they cannot win.

Regal was up for sale briefly, but then it was decided that selling was not in the best interests of the shareholders….which probably means..no one wanted to pay their price. AMC on the other hand is certainly a more complex animal. One of the long-term goals of China’s film industry and the Chinese government is to make movies for the global market, not just the Chinese domestic audience. Wanda as all successful companies must do is align the growth of their businesses with the stated goals of the Chinese leadership in power . Wanda rose to become China’s largest real estate developer at a time when infrastructure development and urban building was needed to remake and modernize Chinese cities. Today, the Chinese leadership is thought to be on a campaign to promote it’s own soft power, which can only come through the promotion of Chinese culture and values via global media and entertainment. They saw how it worked for the American’s and want to replicate it. The best way to ensure Chinese access for filmed entertainment in world markets is simply control the movie theatre.
It is obvious that Wanda with it’s acquisition of Legendary Entertainment that it intends to have a vertically integrated movie picture machine. In 1948 the Federal government brought an anti-trust case against Paramount for a similar series of business actions. Paramount lost.

We are living in very strange times, in many ways frightening. I personally think that the larger exhibitors will begin to stumble badly. Just remember this phrase…if a movie theatre wants to be an Applebee’s…why can’t an Applebee’s become a movie theatre. I place my money on the independent theatre, who begins to diversify, approach the business like a showman and starts reacting to the needs of his customers.

It is time to make things simple again, show a lot of different movies, appeal to a wide cross section of the population, experiment with video games, keep a realistic line on concession pricing. If you want to make moviegoing special again….well that starts with you.