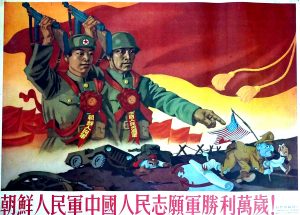 I have been hearing a lot from within the people in the movie industry of the abundance of Chinese investment available for bona fide projects in this business. Of course the most widely known investment was the acquisition of AMC by Wanda Dalian, a Chinese Mall Developer.
I have been surprised about how many of my associates are in talk with Chinese sources of capital. Let’s face it the movie business is in flux right now and I do not know why prudent investors would be draw to it.
I have though about this a lot and have drawn the conclusion that there are a myriad of reasons why the Chinese are attracted to this business, the least being the financial return.

In my reading the term soft power kept arising in regards to the international strategy of the present day Chinese economy,

Soft power is a concept developed by Joseph Nye of Harvard University to describe the ability to attract and co-opt rather than by coercion (hard power), using force or giving money as a means of persuasion. Soft power is the ability to shape the preferences of others through appeal and attraction. A defining feature of soft power is that it is noncoercive; the currency of soft power is culture, political values, and foreign policies. Nye wrote, : “when one country gets other countries to want what it wants-might be called co-optive or soft power in contrast with the hard or command power of ordering others to do what it wants”. In China in 2011, as Xi Jinping was preparing to take power from General Secretary Hu Jintao, the 17th Central Committee of the Chinese Communist Party devoted a whole planning session to the issue of culture, with the final Communiqué declaring that it was a national goal to “build our country into a socialist cultural superpower.”. The medium for this goal was firmly stated as soft power.

In May 2012, Chinese Real Estate Developer purchased AMC theatres for $2.6 billion. The incursion of the Chinese into the international movie business had begun.

Later on in 2014, General Secretary Xi announced, “We should increase China’s soft power, give a good Chinese narrative, and better communicate China’s messages to the world.”

What had been the most American of industries was now being firmly co-opted to present to the world a Chinese message,

One of the present results of Chinese soft power , is when foreigners are asked about their views of China most cited are the Great Wall, the Forbidden City, pandas, Kung Fu, and the Peking Opera program to make China envied and emulated at the same time. Yes folks, Kung Fu Panda actually has a hidden agenda.

Disney/Marvel’s Iron Man 3 shattered many international box office records. Among the nations that have swooned for its blend of pyrotechnics and droll Robert Downey, Jr. snappy comebacks was China, where the film set the country’s record for biggest opening weekend by a foreign production, raking in over $65 million. While many Iron Man 3 was technically a “foreign” movie, but it was carefully designed and engineered to maximize its appeal to the country’s mega-sized audience of over 1.3 billion people. One of Disney’s producing and financing partners on the film was China’s DMG Entertainment, a 20-year-old company that has as a goal to a leading partner for American studios looking to do business in the country, a sort of tour guide that helps producers navigate the intricate channels of the hybrid government-capitalist economy. The director of Iron Man 3 filmed scenes in Beijing, used many famous Chinese actors and signed a product placement deal with TCL Electronics, the company that now owns the famous Chinese Theater in Hollywood (not too happy about that one but it is a Chinese Theatre after all.). The theater also plays a significant part in the movie’s story. In order to present a softer image to the world and to counter tradition Fu Manchu like Chinese villains, Iron Man’s legendary nemesis, The Mandarin, was changed from a China-born villain to a British poser who is actually is more of a doofus than anything else.

Those greedy studio heads in Hollywood has long been eager to access China’s growing consumer class, and in the last few years, it has finally made some headway. In 2014 foreign films made up the majority of box office sales in the country, $1.41 billion out of $2.74 billion; American movies represented seven of the top ten. Hollywood rushed to make deals in China. Hollywood opened the door wide for the infusion of Chinese money. In 2015 American made films began to see a steep decline at the Chinese box office.

Wang Jianlin the man behind Wanda Dalain also purchase Dick Clark Productions, so that’s technically a Chinese balls that drops at Midnight,. Wang, described by Bloomberg Businessweek as the second-richest person in Asia, b also bought Legendary Entertainment, which produced The Dark Knight, and Wanda, his firm is now working with Sony Pictures. He also tried to buy Viacom which owns Paramount. Wang also spent 16 years in the People’s Liberation Army prior to his venturing into real estate.

Chinese President Xi Jinping has made it a priority and has said China has to become a “cultural superpower”.His goal is to “To give a good Chinese narrative and better communicate China’s messages to the world. To be portrayed as a civilized place featuring a rich history, with good government and developed economy, cultural prosperity and diversity and beautiful mountains and rivers.”

A big part of the plan is to take over Hollywood.