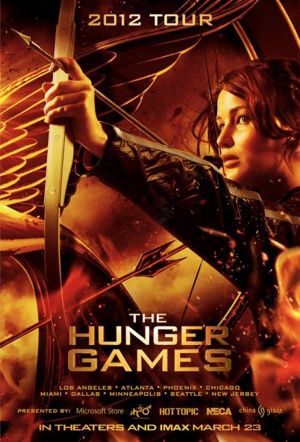 It’s fair to say that no one was expecting particularly great things for Wrath Of The Titans, particularly in light of its dismal predecessor. But remarkably, Wrath managed to improve on just about every aspect of Clash Of The Titans, offering a brisk exercise in B-movie monster bashing that, in the grand pageant of daft special effects movies, wasn’t all that bad.

Unfortunately, Wrath’s improvements didn’t directly translate into ticket sales, and its $34.2 million in ticket sales was only a little over a half of the $61.2 million Clash garnered in its opening weekend. The majority of cinema-goers, it seems, were still filing in to see The Hunger Games, which brought in $61.1 million. The Hunger Games is now made just over $250 million since its release – which means it’s beaten Avatar as the fastest non-sequel picture to cross the $250m threshold within ten days.

Among the Katniss mania, Tarsem Singh’s Grimm fairytale update Mirror Mirror was left in third place with an opening weekend of $19 million. Considering Mirror Mirror cost slightly more than The Hunger Games to make ($85 million versus $78 million), that’s not what you’d call a great debut.

Next week will see the 3D reissue of Titanic float into US cinemas, along with comedy sequel American Reunion. Will either of them steal audiences away from this week’s number one? With The Hunger Games still breaking records, the odds, it has to be said, aren’t in their favour.