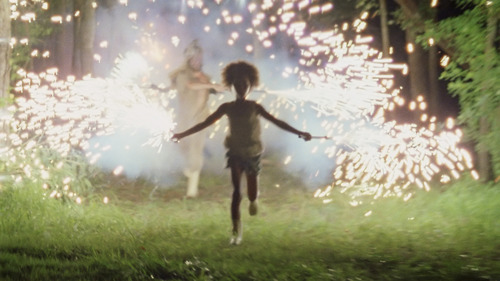 American Benh Zeitlin’s feature will show alongside a host of foreign and local films, including Berlin FIPRESCI winner Tabu, directed by Miguel Gomes, and Brazilian director Kleber Mendonca Filho’s Neighbouring Sounds, which took out the main prize at the International Film Festival in Rotterdam. The 59th annual Sydney event will be the first by 34-year-old festival director Nashen Moodley. He has taken the reins from Clare Stewart, who had held them since 2006. South African Moodley, previously a manager of programming at the Durban International Film Festival, is the Sydney event’s first foreign director. Organisers this week released highlights for the festival, which runs from June 6 to 17. Israel’s Ra’anan Alexandrowicz’s documentary The Law in these Parts, which won the World Cinema Grand Jury Prize Documentary at Sundance earlier this year, is on the bill, as is Woody Allen: A Documentary, Robert B. Weide’s acclaimed portrait of the life of the eccentric filmmaker. The festival’s full program will be announced next month.

IT was billed as a battle of the Aussie Hollywood hunks but when The Hunger Games, starring Liam Hemsworth, faced off against the Sam Worthington vehicle Wrath of the Titans at the Aussie box office at the weekend, there was no competition. The Hunger Games, Gary Ross’s adaptation of the Suzanne Collins fantasy trilogy, took more than $4.83 million to push its total takings to $16.2m, according to the Motion Picture Distributors Association of Australia. Wrath, which stars Worthington as Greek hero Perseus, managed $1.98m in its first week to sit fourth on the list of local takings. John Madden’s The Best Exotic Marigold Hotel, starring Judi Dench, clung to its second spot, taking $2.62m for an overall box office of $8.01m, edging out Dr Seuss’ The Lorax ($2.12m) in its first week in national release. Television remake 21 Jump Street dropped to fifth while the Snow White-inspired Mirror Mirror, directed by Tarsem Singh, and David Cronenberg’s A Dangerous Method sit at sixth and seventh after their debuts.

THAT enduring paradigm of foppish charm Hugh Grant jetted into Australia this week to promote his new animated film The Pirates! Band of Misfits, which opens tomorrow, but the buzz among local cinephiles was for an altogether different pirate tale. Children’s illustrator and author Graeme Base will this year make a long-awaited transition to cinema with his short pirate fantasy film The Gallant Captain. Base’s film, adapted from the Animalia creator’s popular children’s book The Legend of the Golden Snail, is one of two shorts selected to share in a $300,000 investment by Screen Australia as part of of its Short Animation Production Program. The film will be co-directed by Base and producer Katrina Mathers, whose Nullarbor, made with Daryl Munton, won best short film at this year’s AACTAs and last year’s Sydney Film Festival. Visual artist Marieka Walsh’s stop-motion sand animation short The Crossing, made with producer Donna Change, is the other film selected.

JAMES Cameron’s Titanic is being exhumed and resurrected in 3D this week to commemorate the 100th anniversary of the ill-fated passenger liner’s sinking. Cameron, who last week tweeted to the world 11km below the Pacific ocean’s surface — the sea’s deepest point — says the film’s remastering into the third dimension is a “no-brainer”. “It’s a timeless film, it’s visually sumptuous, it was shot in a way that’s very conducive to 3D,” he says. “I’ve always been trying to do 3D in a way, by moving the camera, by shooting with shorter lenses so you get deeper focus and you’re more aware of the background.” Re-releasing Titanic, which took 11 Academy Awards and $US1.84 billion globally on its release in 1997, will go some way to catching up to the only film that has surpassed it at the box office. Cameron’s Avatar, which revolutionised the 3D film market (and for which Cameron is reportedly writing two sequels), hauled in $2.8bn at the global box office. Titanic in 3D is released tomorrow ahead of the April 14 anniversary of the 1912 sinking.

FINALLY, congratulations to Adam Sandler, who made history this week by taking 10 Golden Raspberry awards, including worst actor and worst actress for his cross-dressing film Jack and Jill. The Razzies, the annual Oscars spoof awards, honour the worst efforts in the previous year’s cinema. If Sandler wants to keep his crown (and why wouldn’t he?), he should know he’s not the only comedian making an impact on the world’s critics — Eddie Murphy is hot on his heels. Murphy, whose comedy-drama A Thousand Words was last week hailed as “the worst reviewed movie ever” by the Guardian, has reportedly signed up to a sequel to Twins, the 1988 comedy starring Arnold Schwarzenegger and Danny DeVito. The odd couple are reportedly set to reprise their roles alongside Murphy as their long-lost triplet.