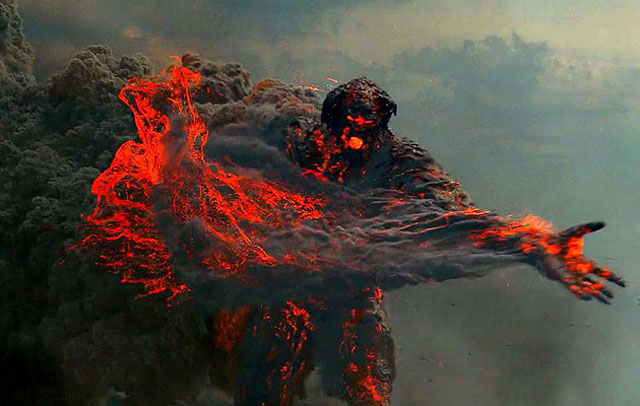 Greek deities and Snow White were no match for The Hunger Games at the domestic box office.
Hunger Games towered over new entries Wrath of the Titans and Mirror Mirror in its second weekend, grossing $61.1 million and pushing its domestic cume to $251 million. The Lionsgate pic crossed $250 million in only 10 days — the fastest ever for a nonsequel.
EXCLUSIVE PHOTOS: Behind the Scenes of THR’s ‘Hunger Games’ Cover Shoot
Wrath of the Titans, the 3D action sequel from Warner Bros. and Legendary Pictures, grossed $34.2 million, compared with the $61.2 million opening of Clash of the Titans two years ago. Warners knew the sequel wouldn’t match that number, since Clash opened on Good Friday, a holiday. However, tracking had suggested that Wrath would open in the $35 million to $40 million range.
“We made the decision to open even with Hunger Games and the NCAA Final Four basketball games so that we could play through the heart of the holidays,” Warner Bros. president of domestic distribution Dan Fellman said. “We knew this would be a preview.”
Fellman pointed out that last year’s Sherlock Holmes: A Game of Shadows also opened to substantially less than the first Sherlock Holmes, $39.6 million versus $62.3 million, but that the sequel eventually caught up and has now surpassed the original. The first Sherlock Holmes opened Dec. 25, 2009 (a Friday), while Game of Shadows opened on Dec. 16.
Wrath of the Titans did far better overseas during the weekend, opening to $78 million and beating Hunger Games, which has been a softer play internationally outside of English-speaking territories. Wrath’s global opening is $112.2 million.
Hunger Games grossed $34.8 million in its second weekend of play at the foreign box office, putting its cume at $113.9 million and global total at $364.9 million.
By opening Wrath of the Titans before Easter, Warners says it can take advantage of spring break, which is staggered over the next two weeks in the U.S. Overseas, the Easter holiday also can be lucrative at the box office.
Wrath, playing in a total of 4,127 locations, drew 65 percent of its revenue from 3D runs. That included including more than 290 Imax theaters, which generated $4.7 million in ticket sales, or 14 percent of the total gross.
VIDEO: ‘Wrath of the Titans’ Debuts New Trailer Featuring Bigger, Badder Battles
Domestically, Wrath received a B+ CinemaScore, compared with a B for Clash. Males made up 66 percent of the audience. The movie skewed slightly older, with 55 percent of the audience over 25. Those under 25 gave the actioner an A-.
The 3D sequel returns Sam Worthington, Liam Neeson and Ralph Fiennes in the lead roles and is directed by Jonathan Liebesman. Actors new to the franchise include Rosamund Pike, Venezuela’s Edgar Ramirez and the U.K.-born Toby Kebbell.
Relativity Media’s Snow White pic Mirror Mirror — starring Julia Roberts, Lily Collins and Armie Hammer — was expected to open in low- to mid-$20 million range but instead finished the weekend with $19 million in a disappointing start for the high-profile title.
Similar to Warners, Relativity says Mirror Mirror should enjoy strong traffic during the next two weeks as kids break from school.
“Yes, we would have liked more, but we’re in a great position to play through the holidays, and we are going to continue to support the film in a great way,” Relativity president of distribution Kyle Davies said. “It is the only new PG title in the marketplace.”
The retelling of the classic fairy tale is an important property for Relativity as the company tries to produce its own films. Mirror Mirror cost $85 million to make, excluding marketing costs.
Mirror Mirror — skewing heavily female — succeeded in luring families, who made up 60 percent of the audience. Kids younger than 12 made up 37 percent of the audience, while their parents made up 23 percent. Girls made up 74 percent of that group, while overall, females made up 76 percent.
PHOTOS: ‘Mirror Mirror’ vs. ‘Snow White’: Anatomy of a Smackdown
Relativity, which marketed to an ethnically diverse audience, said 52 percent of the audience was Caucasian and 20 percent was Hispanic.
Mirror is the first of two Snow White movies opening this year, though Universal’s Snow White and the Huntsman, which bows in the summer, isn’t a family film.
At the specialty box office, The Weinstein Co. opened Lee Hirsch’s high-profile documentary Bully in five theaters in Los Angeles and New York to $115,000 for a strong per-location average of $23,000 — the best of the weekend. The film, about the bullying epidemic in America’s schools, has earned national attention for the unsuccessful fight to overturn its R rating, which was assigned for language.
The Weinstein Co. decided to release the film unrated, though the two AMC locations playing the film are treating it like an R and asking kids for written or verbal permission from an adult.
“It played best with teenagers, and we’re hopeful that we can draw more and more teenagers in because it’s an important film for them to see,” said Erik Lomis, president of distribution at The Weinstein Co.
The other big headline at the specialty box office was Lasse Hallstrom’s Ewan McGregor-Emily Blunt adventure-comedy Salmon Fishing in the Yemen, which placed No. 7 as it expanded its theater count from 124 locations to 483 in its fourth weekend. From CBS Films, the indie title grossed $1.3 million for a domestic cume of $3.2 million.
For full weekend results, see below.
Domestic Box Office, March 30-April 1
Title/Weeks in release/Theater count, Studio/Three-day weekend total/Cume
1. The Hunger Games, 2/4,137, Lionsgate, $61.1 million, $251 million.
2. Wrath of the Titans, 1/3,545, Warners/Legendary, $34.2 million.
3. Mirror Mirror, 1/3,603, Relativity, $19 million.
4. 21 Jump Street, 3/3,148, Sony/MGM, $15 million, $93 million.
5. Dr. Seuss’ The Lorax, 5/3,264, Universal/Illumination, $8 million, $189.6 million.
6. John Carter, 4/2,397, Disney, $2 million, $66.2 million.
7. Salmon Fishing in the Yemen, 4/483, CBS Films, $1.3 million, $3.2 million.
8. Act of Valor, 6/1,239, Relativity/Bandito Brothers, $1 million, $67.7million.
9. A Thousand Words, 4/1,007, Paramount/DreamWorks, $915K, $16.5 million.
10. Journey 2: The Mysterious Island, 8/908, New Line/Warner Bros., $835K, $98.5 million.