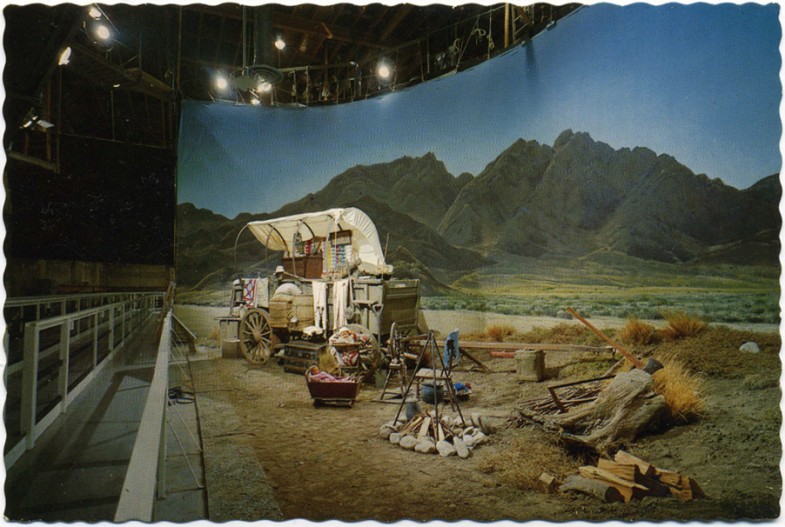 It’s curtains for some historic Hollywood soundstages. L.A. has been abuzz with the news that a West Hollywood movie lot dating back to 1919 is about to undergo extensive renovations. Slated for immediate demolition at the former Warner Hollywood Studio are some venerable wooden office buildings and sound-dubbing stages erected in the time of Charlie Chaplin and Mary Pickford. In their place will rise glass and steel structures that are far more efficient, though far less picturesque. Such is life in the movie capital of the world.

I’ve spent some time at this particular Hollywood outpost. Known first as Pickford-Fairbanks Studio, it went through a variety of names (United Artists Studio, Samuel Goldwyn Studio) before being unimaginatively rechristened “The Lot.” I was there strictly for meetings, and caught no glimpse of the excesses of the old days, when Errol Flynn would legendarily sneak through a secret tunnel to have a drink at the intriguingly tawdry and only vaguely Chinese Formosa Café across the street.

Of course I came on the scene too late to truly experience the years when a movie lot was a small city populated by actors walking around in outlandish get-ups. When I was growing up, 20th Century-Fox’s huge New York Street (erected for Hello, Dolly) could be easily glimpsed from busy Pico Blvd., less than a mile from my home. And I got a whiff of the old studio era while writing a magazine piece about the making of a rather bold experiment, 1982’s Pennies from Heaven. This musical about a Depression-era Chicago sheet-music salesman who retreats into the fantasy world of pop tunes was staged in the old style, on richly detailed sets constructed inside several of MGM’s fabled soundstages. As I wandered across the lot, passing peroxided chorines on their way to lunch in the commissary, I felt I had traveled back in time. Too bad Pennies from Heaven cost (and lost) a small fortune.

Roger Corman once had a studio too. The overwhelming success of Star Wars (1977) convinced Roger that he should try an outer space epic, Battle Beyond the Stars. Prior to 1980, Corman movies had always been shot on practical locations, rather than on sound stages. It was with science fiction in mind that he set about buying the old lumber yard that became his Venice, California studio facility, sending attorney Paul Almond to negotiate with the ageing hippies of the California Coastal Commission who would need to give their approval of the sale. Paul’s hilarious description of the outcome is a highlight of my Corman biography. (See Excerpt #2)

Roger’s ramshackle studio proved unforgettable to those of us who spent time there. The stages were never properly soundproofed, and because the studio was directly in the flight path for L.A. International Airport, it was a challenge, when shooting a period piece, to avoid the sounds of jets and motorcycles. Ambulances too, because in this slightly unsavory neighborhoods there was sometimes real shooting going on. When it rained, the roof leaked. And Venice derelicts were apt to wander in, along with baffled customers who –- seeing the still-existing Hammond Lumber sign –- came by to purchase some 2x4s.

The late writer-director Howard R. Cohen told me that he and Roger once happened to be standing amid piles of scrap material when one of those lumber-seeking do-it-yourselfers drove onto the lot. Explaining that the lumber yard was now a movie studio, Roger sent him on his way. But then he had second thoughts, quipping to Howard, “You know, I could have made a few bucks off that guy.”

Steve Martin, who starred in Pennies from Heaven, is of course a comedian, actor, author, playwright, and master banjo-player. He’s paying tribute today to the late Earl Scruggs, and I join him in mourning the loss of a great bluegrass legend.

Check out more on http://beverlygray.blogspot.com/