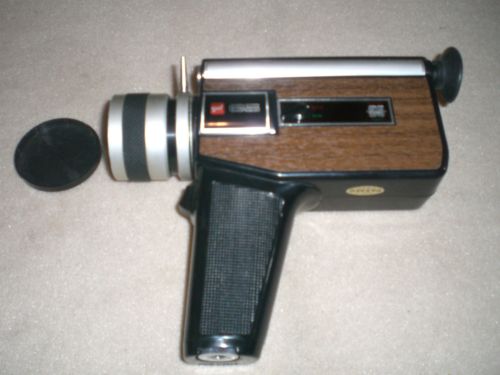 Home movies were a fixture when she was growing up. Her father had a 16mm movie camera (with sound!), and many was the night when he would set up the projector in the basement and unspool family vacations, graduations, holidays and other happy events.

But there were some movies her parents wouldn’t let her watch, and that, in a roundabout way, is why she got in touch with me.

I wrote recently about having some of my old 8mm and Super 8 films transferred to DVD. Several readers were interested in doing the same thing and contacted me for advice. A call from an Alexandria reader — she asked that I not use her name, so let’s call her “Alex” — was the most . . . interesting. You see, her father got tired of having multiple reels of film — too messy, too much to keep track of — so he spliced it all together into one massive reel, about 15 inches in diameter.

This is now in Alex’s possession, and she’d like to get it transferred to DVD.

Said Alex: “The problem with it is that I’m pretty sure that spliced into the middle of all the family movies were blue movies.”

Blue movies, stag films, pornography — although given that it’s from the 1940s, it’s pornography of a different character from the explicit, high-definition images that are just a mouse click away today. Think “The Andy Griffith Show” vs. “Are You There, Chelsea?”

Alex remembers her parents being pretty liberal about that kind of thing. They weren’t prudes. They subscribed to a magazine called Sexology — and kept it on a lower shelf. Dad had a full bar in the basement, and on Saturday nights, he’d screen what Alex had always assumed were blue movies. A few years ago, she talked with an older cousin who confirmed that such films were shown. That cousin has since died. So has everyone else who might have seen the movies. Alex’s mother has been dead for 30 years, her father for 20.

“The blue movies may not be in there,” said Alex, who is now in her 60s, “but whoever is looking at it needs to know there’s the possibility that it is in there.”

I called the company that transferred my (porn-free) films, Got Memories. “It happens quite a lot,” said Phil Thomas, who founded the Phoenix company nine years ago. He said they’re used to finding risque material among the jumbled reels customers send in.

“We don’t expect people to know what’s on their film, especially if they didn’t shoot it,” Phil said.

Phil’s staff watches as movies are converted to a digital format, and they let the customer know if they come across any adult material. The customers, he said, “usually get more than a few laughs out of it.”

Such material is not copied alongside the family-friendly stuff. “We definitely won’t put it in with Christmas 1968,” Phil said.

Phil says people shouldn’t be embarrassed about sending off film to be transferred just because they’re worried about what might be on it. The chances of finding a 50-year-old sex tape — Aunt Thelma, Uncle Bob or some other recognizable person — are slim, given the time. Any blue movies that show up are usually commercially produced stag films. Videotapes are another story. The relative ease of shooting video compared with film means that it’s not uncommon to find some homemade boudoir action stuck in the middle of more benign footage.

(In case you’re wondering, Phil said they’ve never come across child pornography. “I always tell every staff member, if ever we see anything like that, it’s literally, ‘get the cops on the phone.’ ”)

The folks at Got Memories see a lot of movies. Phil was so moved by a customer who brought in film a friend had shot from a B-29 in World War II that he’s planning a trip to Tinian Island in the Pacific, site of a battle in 1944.

They’ve also seen enough to recognize professional blue movies. “Typically, stag films come on a red reel,” Phil said. Even if it’s spliced to another reel, the film itself has a distinctive pattern when seen from the side: a sort of grayish moiré look, compared with the black sheen of regular film.

To read previous columns by John Kelly, go to washingtonpost.com/johnkelly.