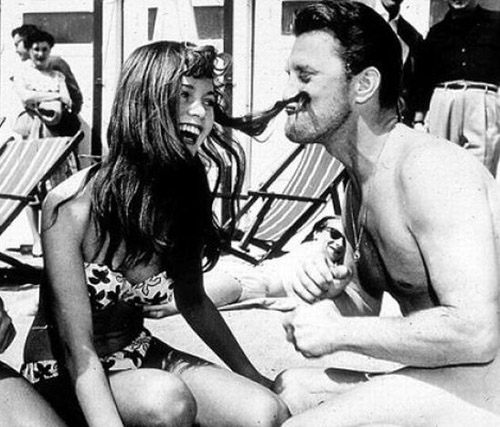 If anyone has any doubt that movie producers are ruthless, eccentric and power-crazed, all they need to do is watch films in which producers are portrayed. When Hollywood holds up a mirror to itself, what is revealed is often very ugly indeed…and yet the producers are also often the visionaries.

Vincente Minnelli’s The Bad and the Beautiful (1952), which is re-released later this month, captures perfectly the deep ambivalence that directors, writers and actors feel about producers. Nobody knows quite what they do, everyone resents their power… but films can’t be made without them. They (Minnelli’s film suggests) are the alchemists: the ones who not only pull the money together but identify the talent. They don’t necessarily get the credit. The public may not know their names. They may not be creative themselves but they enable others to be creative. Without them, even the very best ideas would have struggled to get off the page. That’s the upside. The downside (movies like The Bad and the Beautiful would have us believe) is their absolute lack of scruple.

“All that he [Minnelli] loved and hated about Hollywood was distilled in the harsh story of The Bad and the Beautiful,” Martin Scorsese said.

Minnelli accepted that the producer-director relationship was (as Scorsese puts it) “crucial to the quality and success of a picture.” At the same time, he knew just how bruising that relationship could be.

The Bad and the Beautiful is a case study in betrayal, but one with an ironic perspective on the subject. Cynicism and idealism sit by side. The lead character, Jonathan Shields (Kirk Douglas), stabs all his friends in the back one by one and they detest him for it. The producer lets down everyone close to him: the director (Barry Sullivan) who worked with him on his first B movies, the actress (Lana Turner) who dotes on him, and the writer (Dick Powell) he prises out of academia to work on his scripts.

Shields is a composite character, combining elements from many leading producers of the era. He is a control freak like David O Selznick, a charmer like MGM’s “boy wonder” Irving Thalberg and an endlessly cunning and resourceful pragmatist like B-movie master Val Lewton. The paradox, evident from the very start of the film, is that his old collaborators – all so bitter about the way he has treated him – owe their careers to him. Nor is it as if he achieves huge wealth of his own at their expense. Like so many producers, he is a quixotic figure, always dreaming up new schemes and gambling on new movies. He can pinpoint exactly why a film works, but when he turns director himself, the result is a disaster.

“You know, Fred, when I work on a picture, it’s like romancing a girl. You see her, you want her, you go after her. It’s a big moment. Then the let-down. Every time, every picture – the after-picture blues!” Shields laments. He starts and ends the movie impoverished. The one thing he doesn’t lose is his joy in making films: a joy in pursuit of which he is ready to sacrifice everything and everyone. Despite its downbeat subject matter, The Bad and the Beautiful is exhilarating. Douglas plays the producer with such zest and Minnelli’s direction is so wildly energetic that the multiple betrayals and disappointments hardly register.

Eliza Kazan’s final feature, The Last Tycoon (1976), adapted from F Scott Fitzgerald’s last (uncompleted) novel, which was in its turn inspired by the life of Irving Thalberg, is in a very different register. Robert De Niro’s Monroe Stahr, the young studio chief, is a far more introspective figure than Kirk Douglas’s Jonathan Shields. This is another of De Niro’s exercises in screen metamorphosis. As Kazan later put it, the ebullient New York Italian method actor had to transform himself into “a thin, somewhat sickly Jew with erudition and culture.” Stahr as played by De Niro is the eminence grise: the one-time messenger boy who sits in his office or in screening rooms deciding how and why each film should be made. He is an aloof and cerebral figure who exercises his power quietly. What he shares with Shields is his ruthlessness. His voice remains soft and monotone as he sacks directors or takes writers off pictures. When they complain, he tells them it’s “the system”. What he doesn’t explain is that he is the one who drew up the system.

The Last Tycoon is certainly very different from the swirling melodramas that the real Thalberg produced at MGM. De Niro’s Stahr – obsessed with a woman who reminds him of his dead wife – is a romantic lead of sorts but without the dash of the actors in the films he makes. The Last Tycoon was produced by Sam Spiegel, one of the most flamboyant and colourful figures in Hollywood history, but it has little of the zest or vulgarity that Spiegel’s own story would have demanded.

The muted portrayal of the producer in The Last Tycoon notwithstanding, it curious how persistent the stereotype of the film producer as a cigar-chomping magnate remains. That is precisely how John Goodman’s character Al Zimmer in The Artist comes across as he decides that silent star George Valentin is past his sell-by date and that the public needs “fresh meat”.

For all their seeming power, producers themselves are as dependent on success as anyone else in the food chain. They answer to the studio bosses, who in turn are in thrall to the studio owners. The owners, meanwhile, are almost certainly in hock to the banks. This means that almost every producer’s career ends in failure sooner or later.

The plight of European producers is very different from that of their US counterparts. They’re never sure whether box-office or artistic approval matters the most.