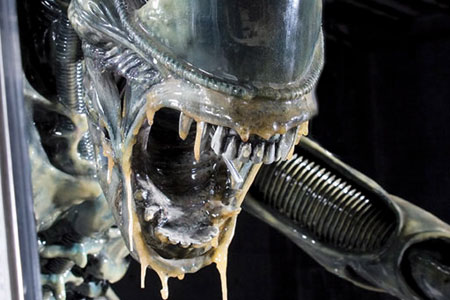 Sir Ridley Scott was ”baffled” when he was first asked to direct a sci-fi movie.
The 74-year-old helmer was surprised when he was offered the chance to take charge of 1979 movie ‘Alien’ as his only previous work of note was 1977 historical drama ‘The Duellists’.
He said: ”’Blade Runner’ and ‘Alien’ were more by accident than plan. I had done a film called ‘The Duellists’, so I was baffled why some bright spark would ask me to do a science-fiction movie.

”’The Duellists’ won Cannes, but Paramount didn’t know how to release a film about two guys in bizarre breeches, waving swords around. I actually think it’s a pretty good Western. But the idea of science-fiction came out of the blue. I’d seen ‘Star Wars’ and that had knocked me sideways with all my plans.”
Despite his surprise at landing the director position, Ridley was equally as shocked to be 20th Century Fox’s fifth choice behind the late Robert Altman, who was known for creating mainly naturalistic movies.
He added to Empire magazine: ”I was the fifth choice. I think Robert Altman was even on the list ahead of me. How the (expletive) do you ask Bob to do that? Crazy! I think it was random.
”I called them and within 32 hours I was standing at Fox. ‘What do you want to do?’ Nothing. No re-write. You can make this film right now.
”We were catapulted off. I never changed a word. It was Spartan in its writing, which is what I thought was good. It was a B movie done in an A way with an A+ cast. I drove them crazy with casting. I didn’t cast Sigourney Weaver until almost two weeks before principal photography.”