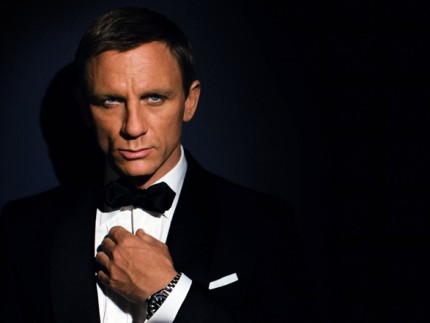 Daniel Craig will not be ordering his classic shaken, not stirred, White Russian, in the new movie Skyfall. Instead, he’ll be reaching for a cold Heineken beer, at least in one scene. (STAY AHEAD OF THE CURVE: Follow Kapitall on Twitter)
Craig will even star in a global Heineken ad campaign for Newcastle Brown Ale and Amstel Light, and introducing a Mexican brand, Indio, in the states. The campaign includes images of Bond on Heineken packaging. (via Minyanville)
Heineken USA’s chief marketing officer Lesya Lysyj told AdAge that Bond “is a perfect fit for us… [He is the] epitome of the man of the world.”
Other James Bond advertising beneficiaries have been Omega watches, worn by the fashionable Bond in Casino Royale. In Tomorrow New Dies, it was Bond’s Ericsson’s (ERIC) phone that received the most play.
And of course, Bond’s famous martini has been tied with the Smirnoff (DEO) brand.
Business section: Investing Ideas
According to AdAge Heineken’s brands are “the second-largest import in the U.S., trailing Corona, but it has struggled to grow in recent years. Shipments fell 2.9% in 2011.”
Indeed, beer companies have seen their revenues drop as it loses market share to the increasingly popular liquor and mixed drink market. But could 007 give beer the boost it needs to get back on top?
Here are the beer companies trading on the US exchanges. Think the new Bond Film “Skyfall” will give these names a boost?