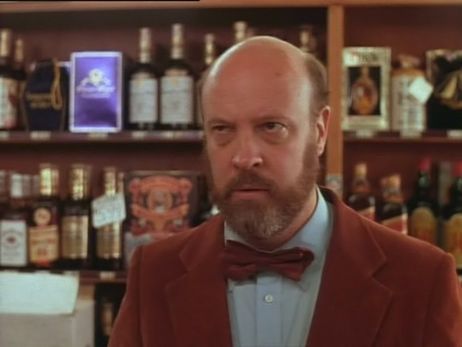 Paul Bartel was born in Brooklyn in 1938. He decided he wanted to direct animated movies when he was 11 and by 13 had spent a summer working at New York’s UPA animation studio. He majored in theater arts at UCLA, and received a Fulbright scholarship to study film direction in Rome, producing a short that was presented at the 1962 Venice Fiom Festival. He later was hired by Roger Corman’s brother, Gene, to direct a low-budget horror featured called “Private Parts, ” released in 1972. Roger Corman hired him as a second unit director on “Big Bad Mama, ” which led to his directing “Death Race 2000” in 1978. He could not persuade Corman to finance his pet project, “Eating Raoul.” The $500,000 black comedy was made after his parents sold their New Jersey home and gave him the money. Shot in 22 days, mostly weekends, over the course of a year, “Eating Raoul, ” starred Bartel and Mary Woronov as gourmet cannibals who lure sex swingers to their apartment, smack them with a skillet, rob them and use the proceeds to buy a restaurant.