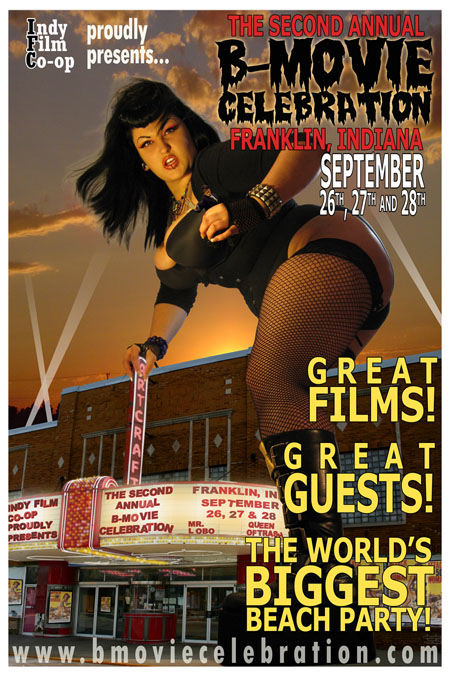 The Hollywood Film Festival, presented by STARZ, will mark its return on October 22, 2008, to the state-of-the-art ArcLight Theatres in Hollywood for a twelfth annual, weeklong series of screenings, seminars, competitions, awards and a special presentation of “Genre Cinema.”

Together with Film Threat and Chris Gore, the festival announces the “Call for Entries” for this year’s Hollywood Horror, Sci-Fi & Fantasy Film Festival.

“Film festivals have always been very supportive of independents. Unfortunately, indie sci-fi, fantasy and horror genres often get left out of typical festival programs. How will we discover the next Peter Jackson if festivals do not support young filmmakers who create fantastic visions? I’m ecstatic to team up again with the Hollywood Film Festival to showcase cutting-edge new work from indie genre filmmakers. I’m proud that Film Threat’s editor-in-chief Mark Bell as well as the Film Threat staff, will be involved in the selection process with the goal to feature the best of the next generation of filmmakers,” said Film Threat founder Chris Gore.

The Hollywood Horror, Sci-Fi and Fantasy Film Festival will be featuring films from both emerging filmmakers and film masters and it will take place during the Hollywood Film Festival. For submissions and more information, please go to http://www.hollywoodfestival.com.

“I’m always considering the opportunity to program the best in underground and genre-friendly films and then screen them in the heart of Hollywood to be a semi-subversive act while, at the same time, also being a vital service to the filmmaking community and audiences alike. These are the true independent films, being made every day all over the world and, as such, need to be seen. I appreciate the Hollywood Film Festival’s continuing commitment in not just projecting the safe and Hollywood-friendly, as so many other festivals do, but also reminding the world that the filmmaking universe covers many types of films from numerous talented individuals, and you, as an audience, have options,” Film Threat Editor-in-Chief Mark Bell stated.

The festival and awards presenter is Starz Entertainment, LLC, a premium movie service provider operating in the United States. It offers 16 movie channels including the flagship Starz® and Encore® brands with approximately 16.3 million and 30.7 million subscribers respectively. Starz Entertainment airs more than 1,000 movies per month across its pay TV channels and offers advanced services including Starz HD, Starz On Demand and Vongo®. Starz Entertainment (www.starz.com) is an operating unit of Starz, LLC, which is a wholly owned subsidiary of Liberty Media Corporation that is attributed to Liberty Capital Group.