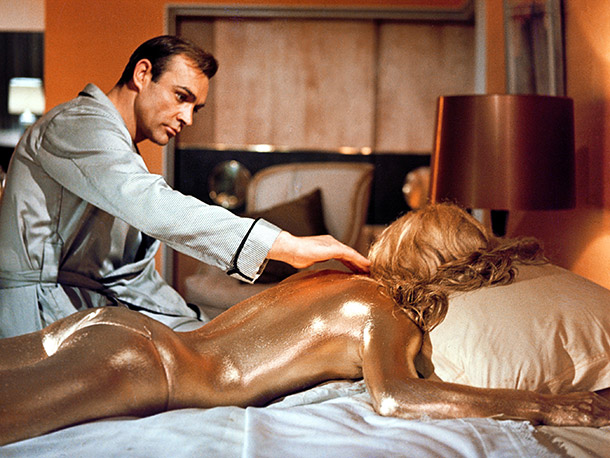 The myth here wasn’t so much that the Goldfinger actress (Shirley Eaton) had died but that it was possible to die as her character Jill Masterson had: skin asphyxiation. After Masterson defected from her boss, Auric Goldfinger, to be with Bond, 007 found her covered in gold leaf on his bed. At the time, it was believed that we breathed through our skin and so while filming the scene, a patch of skin on Eaton’s body was left uncovered so her skin could ”breathe.” We now know that Pluto isn’t a planet, there’s good and bad cholesterol, and the body does not breathe through the skin.