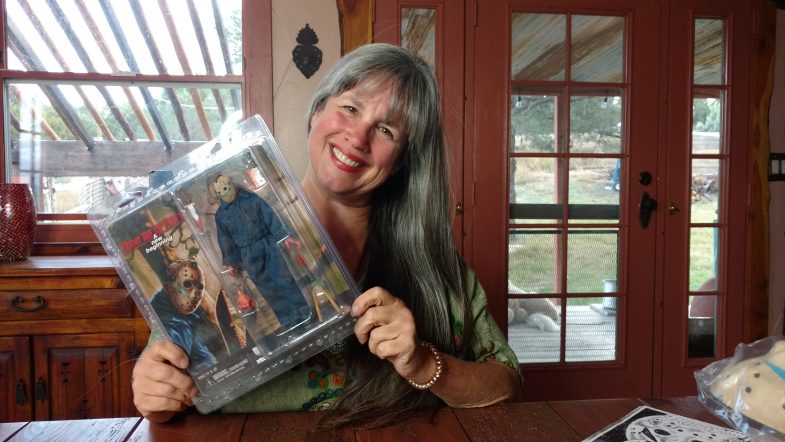 ​Filmmaker ​ Deborah ​Voorhees ​ got her start in films back in 1980 when she relocated to Hollywood to become an actress.  After appearing in a few films ​and TV shows, ​ she auditioned for an unknown film titled RENDITION and read for multiple parts. After the ​director shuffled around roles, she finally was casted as Tina in the unknown film that ended up being FRIDAY THE 13TH:  A NEW BEGINNING.

As an ​actress, Voorhees prepares for her roles by losing herself in the character and allowing the crew around her to disappear.  Her acting skills won over many Directors and she landed roles in the hit prime time series DALLAS, DAYS OF OUR LIVES, and RIPTIDE. 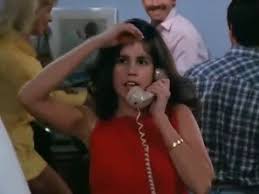 Voorhees admires being an actress, but she fell in love with Directing and Editing and is now ​co-producing her own films. In 2010, she started up her own film company Voorhees Films ​ and has has partnered with Producer, Director, Actor, and Writer Joel ​Paul ​ Reisig. Reisig is a genius when it comes​ to producing films and many of his films are available on Netflix, Cable TV, and the DVDs can be found at major retail outlets in store and online.  Voorhees knew working with Reisig on her films would be ideal due to their common ground of self-taught filmmaking ​ and ​both had a passion to make films.  ​The two met at ​one of Reisig​’s filmmaking seminars ​,​ which Voorhees attended ​. He saw how driven she was to make films. “I met Deborah a bit more than a year ago through one of my Be Your Own Hollywood classes on funding and distribution,” shares Reisig. “I could tell right away that she was sharp and ready to adapt to the state of the modern film industry. Since then we’ve become friends. She’s both talented and very kindhearted.  I can’t believe Jason wanted to kill her!”

​VOORHEES loves writing. Her screenplay GENEVIEVE was an official selection at the Beverly Hills Film Festival.  The film is set in the 1800s and is about a 17​-​year​-old Genevieve, who is jilted on her wedding day after she humiliates her husband-to-be by publicly straddling a horse, which in this period is akin to fornicating in public. Her father sends her away to her aunt’s to be prepared for marriage to the man of her father’s “dreams.” When ​VOORHEES ​writes and directs a film, she is adamant that the film must have a captivating story with compelling characters that develop throughout the film.  Having a ​STRONG lead actor is key in her films. Starring in ​two of Voorhees’ Shorts ​–and soon to be a feature– is the wonderful Actress Molly Wickwire-Sante.

Wickwire-Sante greatly admires working with Voorhees for numerous reasons as she shares, “Working with Deborah has been one of the great adventures of my life. The joy she takes in making movies is contagious on and off set and she has this great sparkle of energy that draws people to her, an important skill when you need many talented folks to support your project on a low budget.  But make no mistake, if Deborah has her hand in a film, a small budget won’t show.  Whatever work needs to be done, she can do it and will do it until the final product is perfect.  She has the great and unusual skill of being able to imagine the big picture and serve that vision, even while attending to the tiny endless details that could make a lesser head spin. Fortunately, Deborah is as grounded as she is creative and she will always find the fun in even the hardest work. Make a good joke on set and you will be rewarded with her distinctive, uplifting and lingering laugh. Deborah loves finding the light side of horror, digging into her character’s motivations until the scary and the funny, the dark and the light, and the crazy and the relatable are all on display.  As an actor, it’s a great challenge to work through all those twists and turns to find the real person behind the terrible deeds.  She has great compassion for actors, a talent for storytelling, and endless energy to get the work done.  I can’t wait to be part of her next  film, “The List” and see how far we can go!” THE LIST is currently in ​PRE-​production and more information is available on the Voorhees Films website listed below. 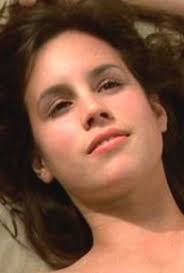 Voorhees in FRIDAY THE 13TH:  A NEW BEGINNING

Voorhees Films has made many music videos and shorts including OTHELLO: GOOD NIGHT MY SWEET and HIP HOP HAMLET both which played at the 2016 Elsinore Shakespeare Conference in Denmark and HIP HOP HAMLET was an official selection of Kenneth Branagh’s Shakespeare Film Festival, in Stratford-upon-Avon, England.

OTHELLO: GOOD NIGHT MY SWEET
A tormented husband becomes obsessed with irrational fears that his seemly loving and loyal wife is having an affair with his beguiling best friend, but is this real or paranoia?
Director:
Deborah Voorhees
Writer:
Deborah Voorhees​, adapted from Shakespeare’s Othello​
Stars:
Molly Wickwire-Sante, Jason D. Johnson, Jennifer Lewicki

Another short Voorhees made CATCHING UP has been very well received and has been winning awards as it makes its festival run. The film is a dark, satire, black and white and was
initially written for the stage by New York playwright Tom Sime. “Deborah and I worked together at The Dallas Morning News back in the 90s and early oughts,” tells Sime.  “When I started writing plays later, she was curious and asked to look at some scripts. I sent her the play Catching Up and I guess she fell in love with it. We had a good rapport collaborating on the script. She’d work on it, to open it up, make it more visual, and urge me to do the same. We went back and forth, emailing each other new versions. The location, with that chicken coop, turned out to be inspiring. We had a lot of fun working the chickens into the story. Nobody gets killed in the play, but we had to go there for the movie. I’m surprised, though not unpleasantly, that it has found its way onto the horror film festival circuit.”

​MOST RECENTLY, THE FILM HAS BEEN NOMINATED AS AN OFFICIAL SELECTION OF THE CHICAGO INTERNATIONAL ART FILM FESTIVAL. Critics have been praising the film, CATCHING UP​.​ Film critic Brian Lutes from Creation International Film Festival writes, “It​ is a charming film. I must say I enjoyed this one. It made me think of a gritty Once Upon a time in Mexico meets Neil Simon’s The Odd Couple.” CATCHING UP won the Award of Excellence at the Hot Springs International Horror Film Festival and is an official selection at Something Wicked Film Festival, Texas Frightmare, Palm Springs International Film Market, Idaho Horror Film Festival and the invites are still coming in from other festivals.

​Voorhees was surprised that horror fans so took to murder-obsessed Sally. Because of this, Voorhees decided to move Sally from an infatuation with murder to a full-blown serial killer in Voorhees’ horror comedy THE LIST.  In this film, Sally creates a list of those who have wronged her and offs them one by one. 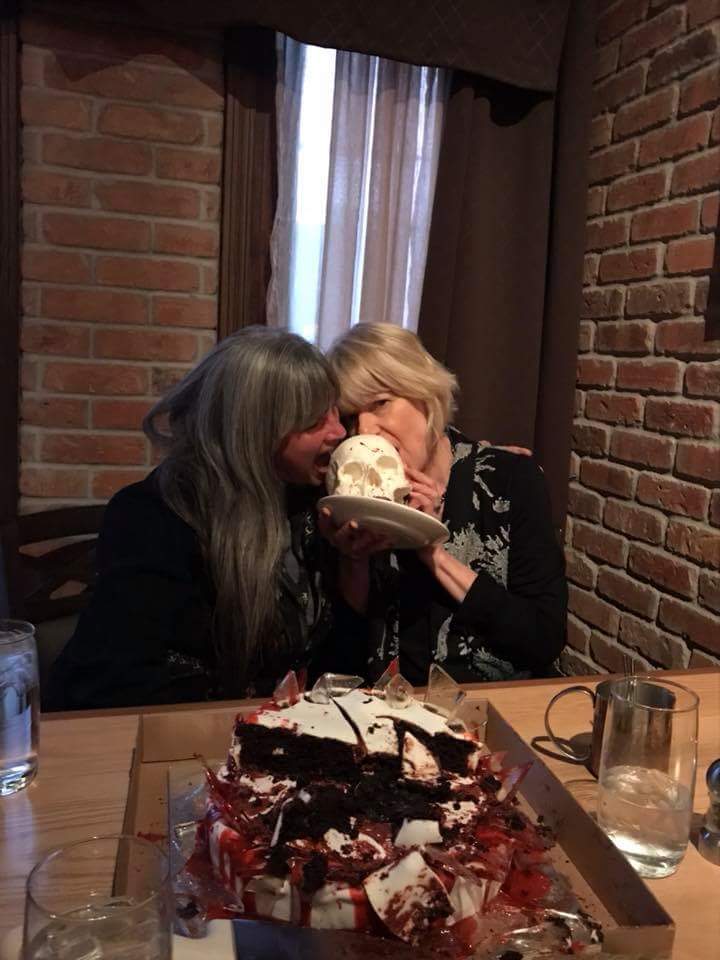 ​Voorhees first film, a comedy ​titled ​ BILLY SHAKESPEARE, that she wrote and directed ​,​ is a quirky, off-beat film that has been compared to the indie hit Waiting for Guffman. ​The film won the Bardie​ Award from The Shakespeare Standard. The film has received many stellar reviews including from Broadway World’s Ellen Dostal, ​who writes, ​“BILLY SHAKESPEARE is a spicy little independent film by Deborah Voorhees that imagines what might happen if William
Shakespeare tried to make it as a writer in today’s Hollywood rather than Elizabethan England. Quirky characters, compromising situations, and the kind of deadpan humor that fans of
Waiting For Guffman will recognize collide with hilarious moments of camp to create a madcap world in which young Billy just can’t get a break.”
BILLY SHAKESPEARE is currently available for purchase or rental on Amazon.

BILLY SHAKESPEARE
What if William Shakespeare never existed… until now. Our Modern Bard is caught in a love triangle of confused sexuality, cross dressing, mistaken identity, and bedroom trysts. Does Shakespeare love his lusty best friend, Wilma Hartford, who’s also a drag queen, or his lovely long-time girlfriend Anne Hathaway. This battle to understand Shakespeare’s true heart is a comic romp. All the while, Shakespeare peddles his screenplays in Hollywood. Renaissance and modern sensibilities clash when an all-male stage version of Macbeth and the misogynistic low-budget film “The Taming of the Shrew” open simultaneously. The combustion makes “The Bard,” played by comedic genius Jason D. Johnson, the most controversial screenwriter in Hollywood.

Deborah has multiple films early in pre-production,including a couple romantic comedies, thrillers, horror, dark comedies, ghost stories, and even a ​family ​ sci-fi film.  Be sure to keep updated with all her exciting work by going to Voorhees Films website and Facebook page.