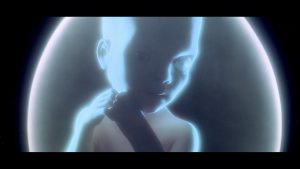 Hollywood and older Americans have never had much use for each other. The 50-plus crowd doesn’t go to opening weekends or buy popcorn; a youth-obsessed Hollywood has happily and stupidly ignored them. The major studios build their misplaced strategies on a fickle generation that has little passion for movie going. This is a fatal mistake that is hurting the movie going culture in America. In the cultivation of grapes, it is common practice to graft a young shoot onto an established vine in order to propagate a different variety of grape. I believe that movie going can grow if we take advantage of an established audience and use their movie going to grow new markets.

When I really started going to the movies, all studios tried to appeal to 18-24 year olds, primarily males. This was a demographic group of tried and true moviegoers, dedicated to jumping in their buddies car ….and going to see movie after movie. I can attest to that fact since I was one of them. On any Friday night we would jump into my buddy’s car, a Datsun 210 , try to catch the latest release…heck sometimes we would try to catch two. This would be repeated on Saturday night. Every week there were new movies to watch and if there was no new release there was the local Repertory house. For a movie fan it was great, and by the size of the crowds it was pretty good for the theatre owner.

Sitting in the theatres would be hordes of pathetic dateless young men much like myself. I fondly remember sitting in 1200 seat Cinerama houses that were packed. The energy, the vitality, and the reverence for movies was palpable. When the movie started there was silence. It was wondrous. The only comparison I can make is that in many ways it was like going to church. There was a reverence for what was presented on screen.

Today that has all changed. The 18-24 year old male demographic has been seduced by the demon video games (which by the way are just B Movies). Unfortunately due to the influence of technology Millennials and Gen ‘s are becoming isolates. Sitting in a darkened room for hours on end playing video games does not allow the development of proper social skills and makes for a far more self involved human being. While this bad for movie going, it is even worse for society as a whole.

Evolving from the 18-24 year old market of my youth, the 50-plus demographic is now the most reliable and stable moviegoer. They are both loyal and committed of the idea of movie going. They remember their youth and understand the true impact of storytelling on a large screen.

Movie goers aged 50-plus are an influential force at today’s box office. Moviegoers age 50-plus make up 31% of all moviegoers over the age of 14 and are more likely to go to the movies than the general population. This is a group who remembers the kind of movie going experience that burns in my heart.

Here is a break down of this group

These good folks account for 32% of all domestic movie theatres transactions. As a whole, they visit the cinema approximately 2% more than the general population.

Older moviegoers make up 75% of all paid ticket visits to Art House movies.

They contributed to 56% of Christian film visits and 54% of Independent films.

Moviegoers 50-plus drive ticket sales on certain types of movies
For example, the average person aged 50-plus who watched Helen Mirren and Bruce Willis in RED went to the movies 13 times over the past year, compared to 6.7 times for the average American moviegoer overall.

Using RED as an example, older adults have helped create a totally new genre, Mature Thrillers.
Studies have shown that 51% of the moviegoers who saw Jack Reacher: Never Go Back, and the The Taken Movies, were over age 50 compared with 32% for the total American movie going audience.

As a whole, older moviegoers account for 49% of ticket visits to Mature Thrillers.

Moviegoers 50-plus also contribute significantly to the success of so called tent pole films, making up 27% of their audiences.
Older adults are less likely to see a movie on opening weekend than the general audience. On average, moviegoers age 50-plus see a movie 15.2 days after its release. This betrays a key market fail when studios pull a title after two weeks and do no allow it to develop a natural word of mouth following.

70% of older moviegoers visit the cinema before 6:00 pm.
* all from the AARP Study, Conducted by MOVIO

The 50-plus demographic are best represented among dramas (where they make up 28% of the box office), romance (24%) and mystery (22%). Drama has the oldest average audience overall, with over 60% of cinema-goers who watch dramas being older than 25. Horror is an interesting genre as it has almost no audience under 15 but also performs poorly with older audiences. Over half of all the people who see horror movies in the cinemas are 15 to 24 years old.

Other genres which perform poorly with older audiences are animation (13%), and sci-fi (16%) and action (16%). It appears that many of the choices of the 50-plus crowd can be summed up by looking at how close they are to the real world. The further removed a movie is from reality, the less likely older audiences are to go and see it in the movie theatre. This of course discount a large amount of the tentpole movies.

Here is what is really interesting, last week in secondary markets these were the top four pictures;

We, as movie professionals, must realize the importance of this older audience within the context of maintaining an independent movie industry It is also important to note the aging of the secondary markets. Over the past several years, widespread shifts in viewing patterns and release strategies have resulted in a majority of independent releases seeing simultaneous “day and date” release in theaters and on demand. The 18-24 year olds are now more likely to rent or download movies and view them at home. According to the esteemed MPAA, the number of “frequent moviegoers” (people who see movies in the theater once a month or more) dropped by nearly two million in the 18-24 year old demographic between 2012 and 2014; among 25-39 year olds, that number dropped by almost three million. But among viewers 50-plus and over who are far more less inclined to download or stream because they realize what real movie going is all about, the number of frequent moviegoers rose.

These 50-plus movie goers are now shepherding grandchildren and have the opportunity to make them committed movie goers. Consider creating a grandparents program for your theatre in order to welcome this new generation of movie goers, make if affordable, make is accessible, and make it an ongoing community.

I have a child and I am making sure that he knows what fun going to the movies can be. Whenever I have the chance I drag him to the movies. This is the greatest gift I can give back to the movies. We need to rebuild and then sustain new audiences. I am grafting these new shoots onto the hundred year old movie going tradition. Without the many distractions that this rising generation faces it will be difficult. While writing this article I just asked my child who starred in Casablanca. The reply was “I don’t know”. I have my work cut out for me..