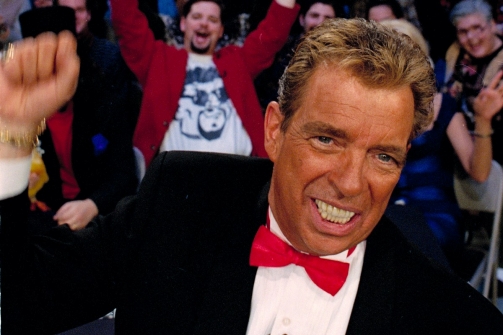 Whether it’s Glenn Beck stretching the boundaries of reason to brand President Obama “a racist” or Rush Limbaugh’s “slut-gate” imbroglio, some conservative-talk pundits have devolved into far-right caricatures obsessed with headline-grabbing one-upmanship. And their millions of acolytes—including, apparently, certain Supreme Court justices—eat it up.

But before all this, there was Morton Downey Jr.

From 1987 to 1989, he hosted The Morton Downey Jr. Show. Produced at the Channel 9 studios in Secaucus, N.J., the program featured its Gordon Gekko-styled ringmaster spitting conservative venom at his guests over hot-button issues such as the death penalty and abortion, while a live studio audience of right-wingers, nicknamed “The Beast,” cheered him on. The show became a national sensation, with Downey front and center as the swaggering mouthpiece for working-class outrage. His meteoric rise and fall is captured in Évocateur: The Morton Downey Jr. Movie, a documentary that made its premiere at the 2012 Tribeca Film Festival.

Directed by the filmmaking trio of Seth Kramer, Daniel A. Miller, and Jeremy Newberger, all childhood fans of The Morton Downey Jr. Show, the film opens with a scene from Glenn Beck’s “Restoring Honor” rally in Washington, D.C., providing a direct parallel between Beck and Downey, the pioneer of “trash TV.”

“The difference between him and the current spate of conservative pundits today is he wasn’t a pussy. He’d get in your face,” Newberger told The Daily Beast. “Today’s Downey reduxes are very protected by the machinery of the Fox News network, and you can barely get someone with a different opinion on the show who’s not completely controlled by the host.”

Downey grew up in the shadow of his father, the Irish tenor Morton Downey, and vowed to eclipse his fame one day. He was an aspiring singer and poet, and, since the Downeys were close friends of the Kennedys’, a liberal. After the assassination of Robert F. Kennedy, a young Downey even composed a collection of poetry, Quiet Thoughts Make the Loudest Noise. But Downey wasn’t blessed with the voice or the looks to make it as a singer, and soon he embraced an abrasive right-wing populist persona.