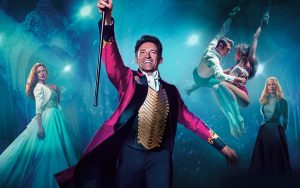 Everything about it is appealing, everything that traffic will allow

There’s no people like show people, they smile when they are low

Even with a turkey that you know will fold, you may be stranded out in the cold

Still you wouldn’t change it for a sack of gold, let’s go on with the show

There is No Business Like Show Business, Irving Berlin 1946

Sometimes inspiration for these weekly essays I write come from the most unexpected source. I just finished having wings and a salad at a local watering hole when two llamas came sauntering down the street. As this is the Mid West and not Peru, I was surprised to see llamas but since I live in a unique place with unique people nothing totally shocks me.

My son, who at every opportunity he can get loves to correct me, informed that llamas played an important part in the movie “Napoleon Dynamite” which co-incidence would have it was playing this weekend at the Historic Artcraft Theatre. When “Back to The Future” plays, a Delorean is parked outside the theatre. When “Christmas Vacation” plays, a beat up RV makes its appearance and when Monty Python and The Holy Grail plays, medieval knights armed with coconut shells saunter back and forth in front of the theatre. This, my friends, is something that has been lost and often forgotten in this business of ours….showmanship.

When interviewed on the art of being a showman in 1911, Vincent Crummles, the famed British impresario replied ‘the real showman is born not made. It’s in the blood, as one may say, and he continues in the same business all the days of his life’.

Nowadays, movie promotion is accomplished by expensive, ultra-sophisticated media blitzes. It is sophisticated, polished, and more than often ineffective. In days past that was not the case. Dazzling marquees, large cut-outs of stars, eye-catching posters greeting passersby, street hawkers, parades, and star appearances (or look-alike contests) were just a few ways Hollywood studios encouraged movie-theater owners to create a buzz in towns and cities to “sell” movies during the Golden Age of cinema. For the past couple of decades no support has been given by Hollywood for local movie promotion. Ads have been pulled from newspapers, there is little TV advertising and there is no local support whatsoever.

Here is a video of a promotional railway tour that Warner Brothers did in 1940 for the movie Virginia City.

Pretty amazing when you think of it.

Studios also provided pre-packaged publicity campaigns to their theater chains to help fill theater seats in a highly competitive market. Much of the publicity was carried out at the site of exhibition, the theaters themselves. In the age of the “movie palace,” theaters could be alluring structures in their own right, but exhibitors continually refashioned their facades and lobbies to attract audiences week after week.

Theater managers adapted the studios’ strategies, provided to them in the form of pressbooks, to their own venues. Theater managers worked with local merchants on cooperative campaigns (tie-ins) to advertise films in shop windows, stage contests, and giveaways, and display merchandise from stores in theatre lobbies. Upon entering the lobby itself, moviegoers encountered creative displays embellished with movie stills and even three-dimensional recreations of movie settings.

“We sell tickets to theaters, not movies.”

Indianapolis born, Sid Grauman entered show business as a teenager, traveling as far away as the Yukon Territory to produce stage shows with his father. The family eventually settled in San Francisco, establishing themselves as vaudeville impresarios and running numerous theaters. The younger Grauman quickly branched out as an exhibitor of “flickers,” as early silent films were called, with venues in San Jose, Stockton and Sacramento.

By 1917, Grauman was in Los Angeles, where he began building opulent movie palaces including the Metropolitan and Million Dollar theaters downtown and the Chinese and Egyptian in Hollywood. He revolutionized the presentation of motion pictures with the addition of the prologue, gala premieres, and madcap promotions.

Perhaps Grauman’s most notable contribution to the Chinese, and indeed Hollywood, is the famous hand and foot prints that adorn the theater’s cement forecourt. Like many of the legends surrounding the man, apocryphal origin stories abound. Most involve someone accidentally stepping in wet cement, causing Grauman to have a Newtonian moment of Hollywood marketing genius.

While other exhibitors projected themselves as serious business types in starched shirts, Grauman was a natty dresser who wore large hats tilted at an angle. His personal style extended to the head-turning custom automobile , California blue with black trim ,he had designed for him in 1920.

Grauman sold the Chinese Theatre to Fox in 1929, but returned to operate it two years later and remained involved with his most famous auditorium until he became ill shortly before his death. Ever the showman, he lamented the industry’s lack of panache in later years, arguing that moviegoers deserved a “theatrical dinner, not just popcorn.”

Probably the most remembered practitioner of movie showmanship was producer William Castle. Known affectionately as “The King of the Gimmick,” Castle masterminded a succession of high-concept absurdities, gimmicks, giveaways, and deliriously creative marketing campaigns that transformed his mediocre cinematic efforts into huge movie going events. For his 1958 movie “Macabre”, Castle took out a $1,000 life insurance policy with Lloyd’s of London in the event that any audience members were to suffer a scare induced coronary. While supposedly no audience member or their family collected on this policy, it certainly was an example of pure movie showmanship. His next movie, “House on Haunted Hill”, pioneered the “bone-chilling” Emergo process, in which a plastic skeleton appeared overhead at the film’s climax, and via the miracle of clotheslines flew over the heads of the audience. Movie goers for the 1960 “13 Ghosts” were given with 2 colored lenses in plastic filtered glasses or “Ghost Viewers” that were to be used during several color-tinted scenes . Look at the screen through the red filter and you saw ghosts terrorizing a frightened family; look through the blue part of the glasses and you saw actors flailing wildly in empty rooms.

Probably Castle’s greatest gimmick was for “The Tingler”, an ultra low budget creature feature named after the centipede-like monster that can only materialize in the backbones of the scared, the danger was that the power of “The Tingler” was so intense that it could split open your spine unless the pressure was relieved by a blood curdling scream. Enter Percepto, Castle rigged theater seats with remotely controlled vibrators that goosed audience members lower extremities during suspenseful moments in the movie. Screaming ensued and the ravages of “The Tingler” were avoided. That’s entertainment.

While I do feel that the movie theatre business is in peril like never before, there were times like in the early 50’s when movie going faced a downturn due the introduction of television. In 1954 theater chain owner James Nicholson, together with his lawyer Samuel Arkoff, formed American International Pictures or commonly known as AIP. Nicholson, who was well-known among his fellow theater owners as an innovative showman with a cutting edge sense of showmanship who kept his movie houses full even when the business was in a nationwide slump. AIP put together a team of writers, actors, and directors who repeatedly beat out the established Hollywood studio system, and showed a repeated knack for predicting and exploiting current trends.

Nicholson and AIP focused on the teen market and the drive-in theater .Nicholson conceived of titles and designed posters first, and only later assigned the projects to a writer. AIP became the foundation of what would evolve into the New Hollywood. Roger Corman produced and/or directed more than 40 films for the company, and directors like Martin Scorsese, Francis Ford Coppola, Monte Hellman and Peter Bogdanovich began their careers working on AIP movies. Nicholson is an example of a true showman, one that sees an opportunity within the problem and exploits it.

The movie business desperately needs showman right now, men and women who realize that it is not just what is on the screen, but what is truly the global experience of movie going. The movie business was founded by showmen, men who fully understood the meaning of both words in the term, “show business” and who matched their hard-nosed business instincts with the flair to promote their productions to the people who mattered, the audience.

I imagine that tomorrow, llamas will appear in the downtown of the town where I live and folks going to the movie will firmly understand that they are experiencing something that is seldom seen in movie theaters of today, pure good old American showmanship. I am really worried though that if The Historic Artcraft Theatre decides to screen “Battle Of The Bulge”, the management will decide to have Panzers roll down main street.