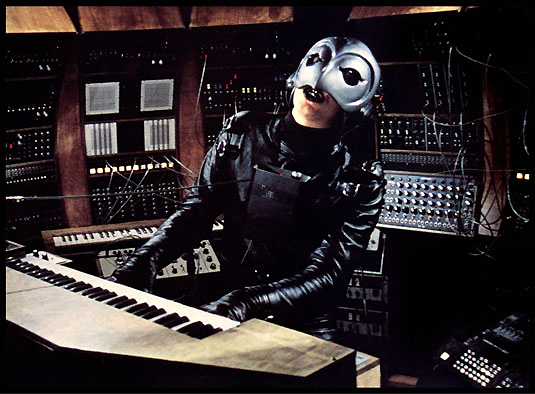 William Finley, a character actor who appeared in many films by Brian De Palma, most memorably as the title character in the 1974 rock opera “The Phantom of the Paradise,” died on Saturday in Manhattan. He was 71 and lived in Manhattan.
His wife, the former Susan Weiser, said he died after undergoing surgery.

Mr. Finley, who became friendly with Mr. De Palma when they were students at Columbia University, had an offbeat style that complemented the director’s quirky sensibility. He played alongside a young Robert De Niro in the 1969 De Palma comedy, “The Wedding Party,” and was Margot Kidder’s ex-husband in “Sisters,” Mr. De Palma’s first thriller, in 1973. His last movie part was in Mr. De Palma’s 2006 film noir, “The Black Dahlia,” based on a famous unsolved 1947 murder case in Los Angeles.

In “Phantom,” a lurid satire that became a cult favorite, Mr. Finley played a composer turned avenger whose face is mangled by a record press, forcing him to wear a helmet to cover his disfigured features. He seeks revenge against a record producer who steals his music, and the film — borrowing from “The Phantom of the Opera,” “The Picture of Dorian Gray,” “Faust” and “Frankenstein” — ends in a blood bath.

During filming, life came perilously close to imitating art, Ms. Finley said. The scene in which the composer’s face is crushed was filmed at a real pressing plant, and at one point the chocks that were supposed to keep the press from closing snapped under the pressure. Mr. Finley was pulled to safety before it clanged shut.

Mr. Finley also appeared in several horror films directed by Tobe Hooper, including “Eaten Alive” in 1977; television shows like “Sabrina, the Teenage Witch”; and plays, most notably “Dionysus in 69,” an exuberant adaptation of Euripides’ “Bacchae.” Mr. De Palma made a feature film from that production.

William Franklin Finley III was born in Manhattan on Sept. 20, 1940. He began his theatrical career as a theatrical set designer for Collegiate School, on the Upper West Side. (He also designed the sets for “Woton’s Wake,” a 1962 De Palma short film in which he made his film debut.) He earned a degree from Columbia and worked with Mr. De Palma and the director Wilford Leach at Sarah Lawrence College.

In addition to his wife, Mr. Finley is survived by a son, Dashiell.