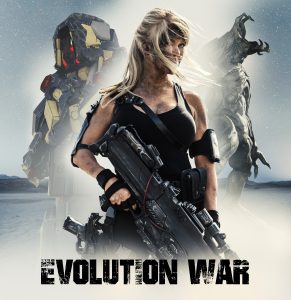 Neil Johnson’s upcoming film Evolution War is due out later this summer. Anticipate a visually stunning film as Johnson always puts an immense amount of detail into each and every scene until it’s perfect.  He is a visionary and creator and it’s a guarantee that Evolution War will be high quality and amaze audiences. 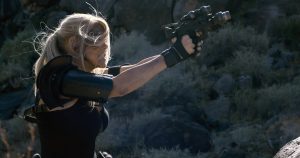 Fan favorite Tracey Birdsall stars as Angel-D in Evolution War.  She is one of the hardest working actresses in the business and has worked with Johnson on numerous films. In fact, Johnson tends to write his screenplay revolving around Birdsall’s character knowing he will get the allstar performance out of her.  While working with Birdsall on Rogue Warrior: Robot Fighter, Johnson had high praise of her, “As a director of over a quarter of a century and having worked with thousands of actors, I have never encountered anyone so facilitating and driven as Tracey.” 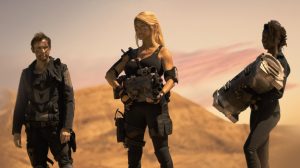 Birdsall equally admires working with Johnson as she shares, “Neil and I work to the extreme and will stop at nothing to get a better product in the end, or a performance. That’s so rare to find on any level, so I believe we relish in the process of working together. It’s truly a professional mutual admiration.” 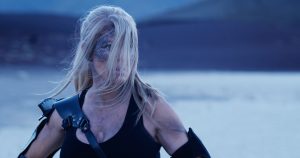 Tracey Birdsall, whose extensive credits just this year include the award-winning Sony release “Rogue Warrior: Robot Fighter” and the romantic comedy released just two weeks ago “Who’s Jenna…?” , plays Angel-D, a hero of the great machine war who returns to Earth to discover a terrible plague has wiped out humanity in the science-fiction movie. She is forced to build an army of robots to battle creatures that are taking over the surface of the Earth.

Evolution War is set to be released late Summer 2018!