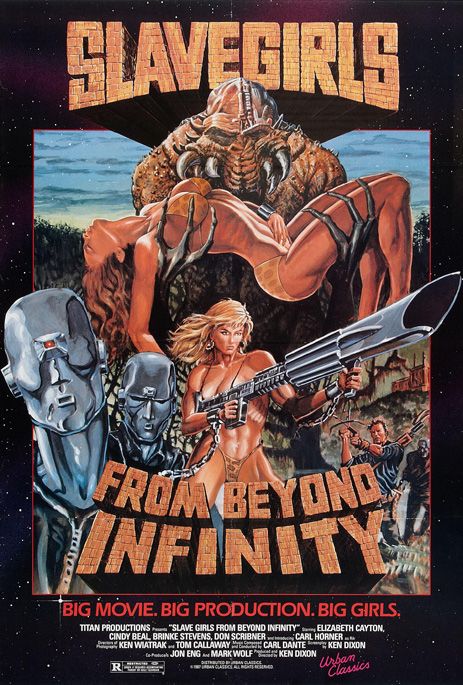 Obviously there are worse films than this and probably worse films of this bikini beach babes genre but really….. So what do we have here if we strip away the intergalactic clap trap bookends and the superfluous robots and monster? What we have at heart is, A Dangerous Game, and nothing wrong with that except chasing girls around in the deep dark jungle is not quite as super fun than filming on the beach or the bed. So the film makers were a little torn between the two. Perhaps I should just concentrate on whether the look of the girls being chased, bedded or bathed is worth the effort of sticking with this and as there are plenty of better films doing this, the answer is probably ‘No’. I should add that the main guy does his menacing job pretty well and the girls do scrub up pretty well but compared to say, Cannibal Girls or even Beach Babes From Beyond, this one just doesn’t cut it and the main reason is the hopeless and inept dialogue.