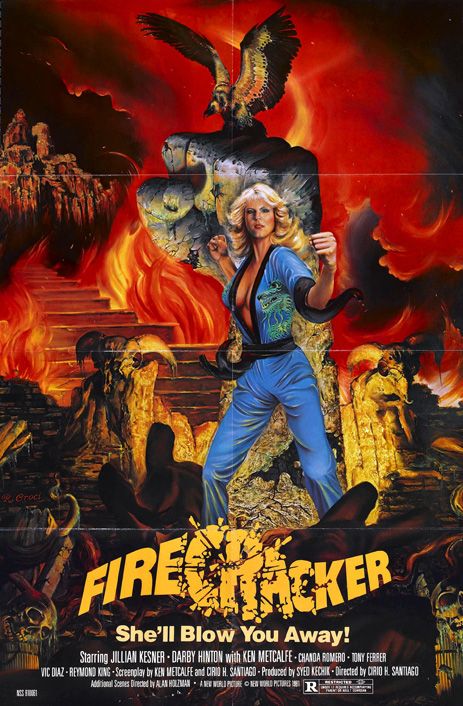 The plot is of secondary importance: something about a female karate champion who goes to the Phillipines to investigate her sister’s disappearance and stumbles on a drug ring and a tournament of no-holds-barred fights to the death. The film is mainly a showcase for the beautiful, athletic, voluptuous woman and convincing, tough fighter Jillian Kesner – and I have no complaints there: she has about 10 fight scenes in this movie, the first one of which occurs after only 2 minutes! The production is very cheap, but the fight choreography is actually quite good – not exactly on the level of early Jackie Chan but certainly vastly preferable to the heavily wired, computer-enhanced crap that so often passes for martial arts today. The long scene in which Kesner ends up topless as she tries to fight off two attackers is not just exploitation, but almost a statement: here is this undressed, unarmed, completely feminine woman and these two men can’t touch her, can’t even go near her without getting hurt. I’m surprised this B-movie mini-classic is so little known today.