National Lampoon once was a household name when it came to comedy, however it’s been quite awhile since there’s been a memorable movie made by them.  While National Lampoonies are still quoting the classic lines from movies decades ago, it won’t be long before fans are treated to new hilarious comedies.  For the promising future of National Lampoon, we can thank Palmstar Media (www.palmstar.com) executives Kevin Frake and Raj Singh. Last year after months of research and negotiations, while doing the dirty deed with National Lampoon (with or without rubber gloves), Palmstar acquired National Lampoon.  Currently their team is in the process of rebranding National Lampoon with the intent of getting the company back to the high quality comedy status of the Animal House and Vacation era.

Currently, the creative team is diligently searching for producers and comedy writers to bring on board to get back to the basics and make comedies for now and future generations to enjoy.  They know that comedy writing is the most difficult genre to write and to make the entire audience laugh throughout the movie is not easy. What one person dies laughing at another may think is the dumbest thing ever.  Additionally you need a structurally sound entertaining story and a subplot which many times is a romantic relationship. Like the heartwarming love story in Animal House when Shelly Dubinsky comforting Eric Stratton after he lost his so called engaged to be engaged fiance Fawn Liebowitz.

They also want to discover comedy actors as National Lampoon did with Chevy Chase, John Belushi, Bill Murray, Gilda Radner, Harold Ramis and many more.  Talent like them can be often be found at sketch comedy and improv venues like Saturday Night Live and Second City, so maybe National Lampoon scouts will be in the audience of those venues in the upcoming months.

So, if you were about to give up on National Lampoon, consider what Clark W. Griswold would think.  I think you’re all all f__ked in the head.  We’re a few weeks from finding out the new developments from National Lampoon and you want to bail out! Well, I’ll tell you something! This is no longer a vacation.  It’s a quest! It’s a quest for fun movies! I’m going to have fun and you’re going to have fun, too. We’re all going to have so much f__king fun, we’ll need plastic surgery to remove our goddamn smiles! You’re gonna be whistling zippitty do-dah out of your a__holes.  I gotta be crazy. I’m on a pilgrimage for new comedies. Praise Palmstar and National Lampoon!!!

In the meantime, for a great comedy and biography about National Lampoon check out A Futile and Stupid Gesture available on Netflix. 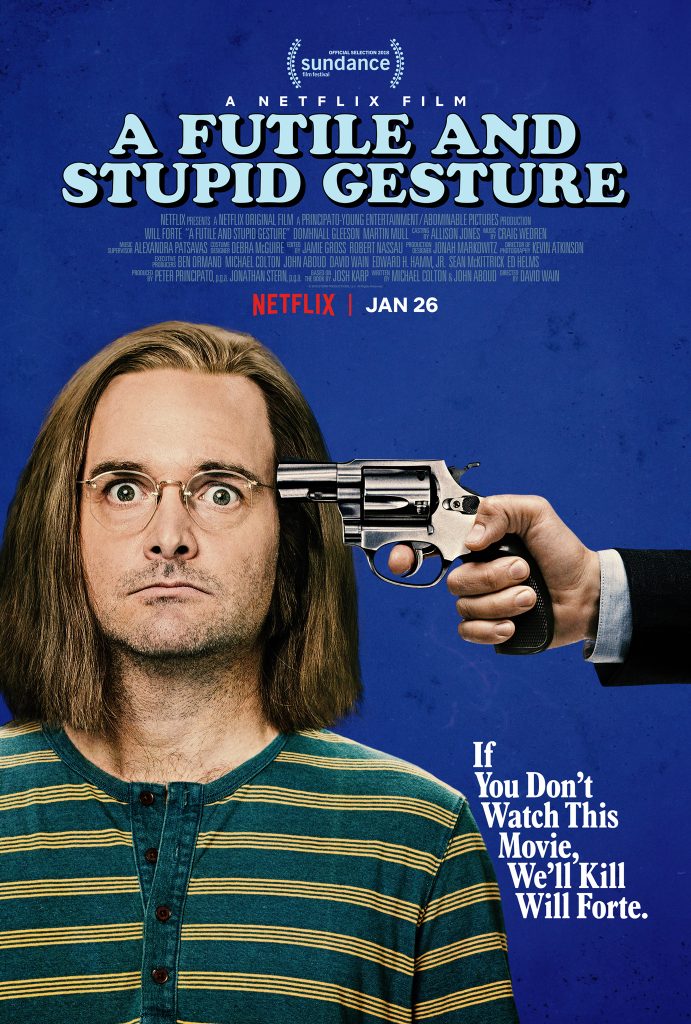