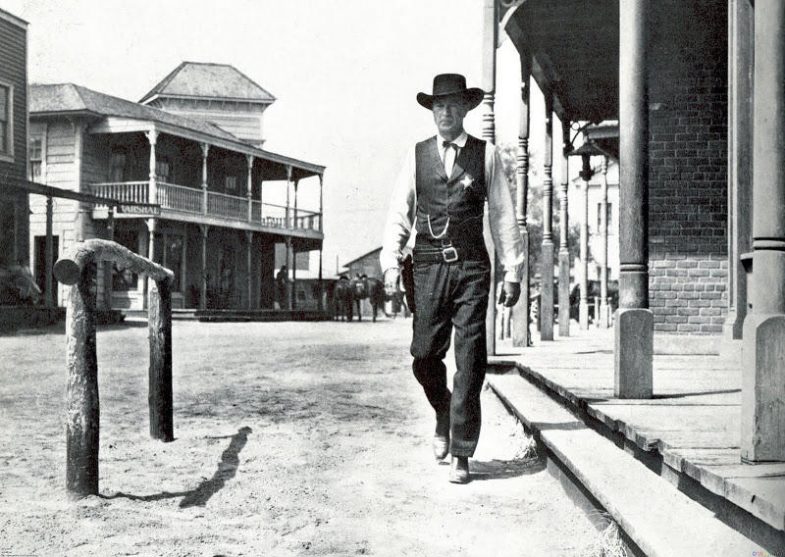 Everybody knows that the dice are loaded

Everybody rolls with their fingers crossed

Everybody knows the war is over

Everybody knows the good guys lost

Everybody knows the fight was fixed

The poor stay poor, the rich get rich

That’s how it goes

As Disney moves headlong with its inflicted love affair with the consumer, some potential logjams must be gotten rid of. Since Clinton eliminated the Fin Syn rules, Washington has has been firmly in the fuzzy pockets of the major studios. Government has done their bidding, and the machinations of Chris Dowd and the bureaucratic dance he has mastered is about to inflict a stroke to the jugular of the independent theater.

This review was solely prompted by the fear of Disney, that a party like Netflix would use the Paramount Decree as a legal precedent in regards to vertical integration and the studios.

The language used by the Department of Justice today in their release on announcing the review of the decree was more than telling,.“The Paramount Decrees have been on the books with no sunset provisions since 1949,” Assistant Attorney General Makan Delrahim said in a statement Thursday. The use of the term “sunset clause” is more than telling. A sunset clause is a measure within a statute, regulation or other law that provides that the law shall cease to have effect after a specific date, unless further legislative action is taken to extend the law. Delarahim went on to say,“Much has changed in the motion picture industry since that time, it is high time that these and other legacy judgments are examined to determine whether they still serve to protect competition.”

The die has been cast and the knives are firmly out. After inflicting DCP and its cohort VPF on theaters, this is a bitter, bitter pill to swallow. The Justice Department had the courts issue the Paramount Consent Decrees after claiming that the control exerted over film distribution and exhibition by the seven major film studios in the U.S. violated the Sherman Antitrust Act. Disney after the acquisition of Fox effectively controlling 50% of the theatrical market. This consolidation and the upcoming Disney streaming service make it clear that this market has ceased to be competitive in any way, shape, or form.

The government cited the vast changes over the past eight decades in the way people watch movies.

The Department of Justice’s action now technically is only a review process, to “determine whether the decrees should be modified or terminated,” But I go back to the mention of the sunset clause. The fix is in folks. When the effects of the Paramount decree are removed then its going to be a headlong free for all and the theaters will suffer greatly. Expect minimum pricing to be immediately put into place.

Schuyler Moore, partner at Los Angeles Law Firm Greenberg Glusker in Los Angeles, stated that the removal of th consent decrees would be significant for major studios, as “they have been hanging over everyone’s head for a long time and have created a sense of uncertainty of whether they apply to certain types of distribution and exhibition., What it does is say to them, ‘Vertical integration is not a problem.’ Studios can now own direct-to-consumer without fear of antitrust attacks,” Exactly. The collusion between this act by the DOJ and the Studios is staggering in both scope and in intent.

The Department of Justice during this review will have to ask the question, Do the Paramount Decrees continue to serve important competitive purposes today? Individually, or collectively, are the decree provisions relating to (1) movie distributors owning movie theaters; (2) block booking; (3) circuit dealing; (4) resale price maintenance; and (5) clearances necessary to protect competition? Are any of these provisions ineffective in protecting competition or inefficient? Do any of these provisions prevent competition or cause anti-competitive effects? Frankly I think the game is fixed and the score is already settled.

NATO did not provide comment on this action by the DOJ, but it now has its work cut out for it and at the core of t its course of action is whether or not as an organization does it remain relevant. Any new organizations which arise must offer a path of collective action, which first must stop the bleeding that the Studios will undoubtedly inflict and then wait until the game is not as rigged as it is now. There is a path for NATO and that is to go to the States, like New York, Delaware and Pennsylvania and see if there is an appetite within the Statehouse to mount a challenges to the imminent ruling of the Department of Justice. Now is not the time to wait and see….not is the time to act.

What is truly fascinating is the Department of Justice is asking for a 30 day review period, while the original Paramount decree took 11 years to argue in the courts. When the government first opened up its case the studios, Paramount, Universal, MGM, Twentieth Century Fox, Warner Bros., Columbia and RKO owned their own theater chains and forced independent theaters to sign contracts agreeing to show a certain number of their films, called “block booking.”

The consent decrees meant the studios gave up block booking and divested the theaters they owned. The decrees also banned other practices, like setting minimum prices on movie tickets and issuing wide theater licenses. Expect these practices to be re-instated with much more shenanigans layered on top of them. We are indeed living in interesting times.

This week on July 27 Fox shareholders voted to merge with Disney. This week on July 27th, 20th Century Fox essentially died. William Fox , a Hungarian born newsboy turned mogul had built one of the silent era’s great studios. The great depression and a hostile takeover by Daryl F. Zanuck forced him out of his own company. The studio which created Gentleman’s Agreement, All About Eve, The Sound of Music, The Planet Of The Apes Star Wars and Titanic is no more. I will mourn the loss of the Alfred Newman composed fanfare and I will miss the nest from which many of my favorite movies emerged.

It is now time to consider the future and to protect the cherished tradition of movie going. In the collective viewing of movies and the collective telling of stories lies the foundation of American culture. If you truly want greatness for this country again, then demand the protection of the American tradition, the independent movie theater. The major exhibitors are functionaries of stock manipulation and portfolios, their loss in a portfolio can be stomached if stock in Netflix or Disney rises to offset the loss. It’s a game. For the independent theater it’s a life. Theaters can pump life into a downtown core, it can provide diversion from a stressed-filled life, it can mean laughing and crying with a member of your species which for a moment provides the moviegoer in an increasingly lonely world with a connectedness to others . It is a sanctuary where the immigrant learned about their new land, and a weary people sought solace away from war and depression.

Movie going is important, damn important and it cannot go away without a fight.

My love bigger than a Cadillac

Your love for me got to be real

A-for you to know just how I feel

A love for real not fade away

Buddy Holly, No Fade Away

If you a truly interested in protecting the independent theater, please join us here https://www.facebook.com/groups/638190543224952/