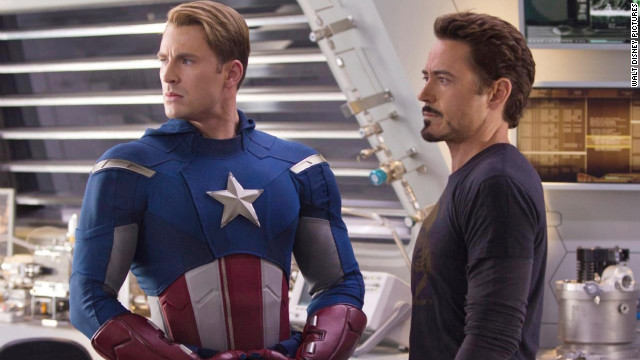 If you’ve paid any attention to the box office over the past few years, you’ve heard the constant drumbeat that the international box office has been increasingly driving Hollywood’s bottom line.

Even for movies that are massive stateside hits, international sales usually dwarf what they make here. According to Box Office Mojo, “Avatar’s” foreign box office accounted for 73 percent of its global take. “Alice in Wonderland”: 67 percent. “Harry Potter and the Deathly Hallows — Part 2”: 71 percent. “Pirates of the Caribbean: On Stranger Tides”: 77 percent.

But if the movie is based on a comic book, the U.S./foreign box office scales have been far less lopsided. “X-Men First Class'” overseas receipts were 59 percent of its global total. “Thor”: 60 percent. “Captain America”: 52 percent. “Iron Man 2’s” U.S. gross ($312 mil) just slightly edged out its foreign gross ($311 mil). And the grand pooh-bah of superhero movies, “The Dark Knight,” made $65 million more in the U.S. than it did internationally.

This isn’t to say comic-book movies are failures overseas — far from it. But there clearly is something about them — the America-centric storylines; the internationally untested stars; the silly costumes — that isn’t resonating with non-U.S. audiences in the same way as giant blue aliens, British boy wizards, and wobbly-limbed pirates.

So what does that mean for “The Avengers,” which just pulled in a whopping $178 million this weekend overseas? Can Marvel Studios’ omnibus superhero movie break this pattern and become a true global mega-blockbuster?

The film’s debuts in the U.K. and Germany were solid if not super. The film did, however, beat opening weekend records in several territories — Mexico, Brazil, Taiwan — and had the second-highest debut in Australia. And Box Office Mojo notes that “The Avengers” pulled off the ninth highest overseas opening ever without debuting in top tier markets China, Japan, and Russia.

The only comic-book movie that’s had a better international debut also holds the record for the best foreign gross for a comic-book film: 2007′s “Spider-Man 3,” which pulled in $554 million overseas. A month ago, that would’ve been an impossible number to beat. But with so much momentum in its favor, “The Avengers” could very well be a HULK SMASH-ing sensation.