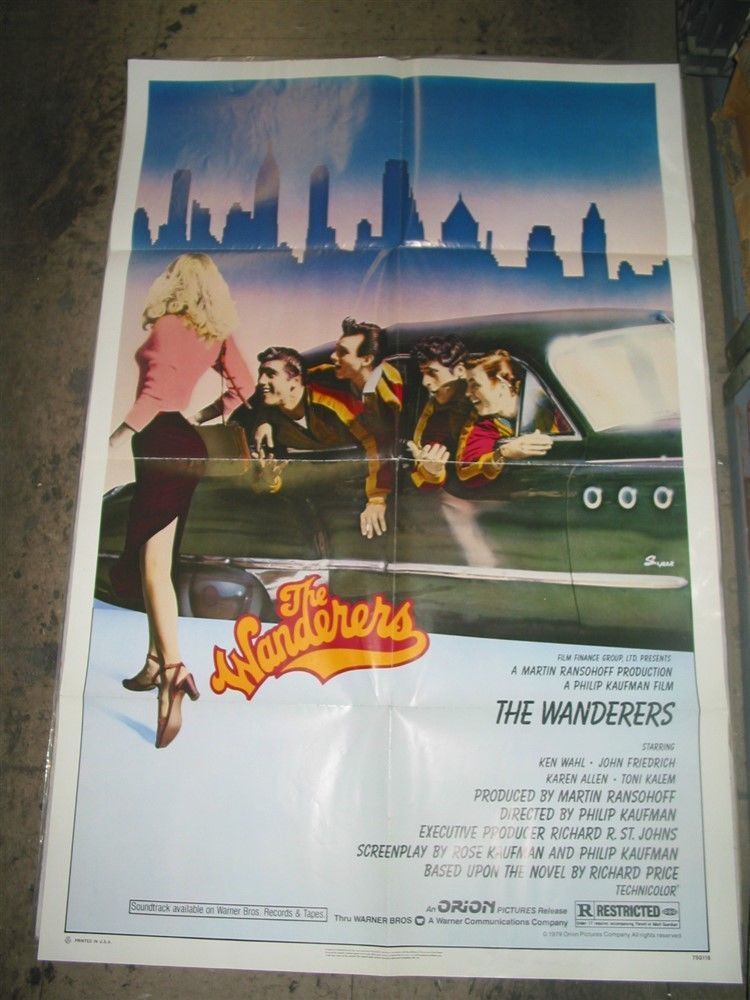 A memorable film about a “club” of Italian-American teenagers in The Bronx of 1963. (Today we’d call them a “gang,” but if you compare the “Wanderers” to today’s “Bloods”, “Gangster Disciples”, etc., those l963 kids were relative sissies.)

The movie is unpretentious, Its structure, pace, and acting are outstanding, with special kudos for the renditions of various neighborhood “characters” by largely unknown players. (Karen Allen, Ken Wahl, and Olympia Dukakis went on to later fame, but I don’t think they were well-known in 1979). Not since “Marty” has a film captured the essence of so many day-to-day denizens of its neighborhood.

The settings are authentic (I lived two blocks away from the hangout of the fictional “Fordham Baldies” in 1963), as is the soundtrack, featuring Dion & The Belmonts, The Ventures, and others. Try it!