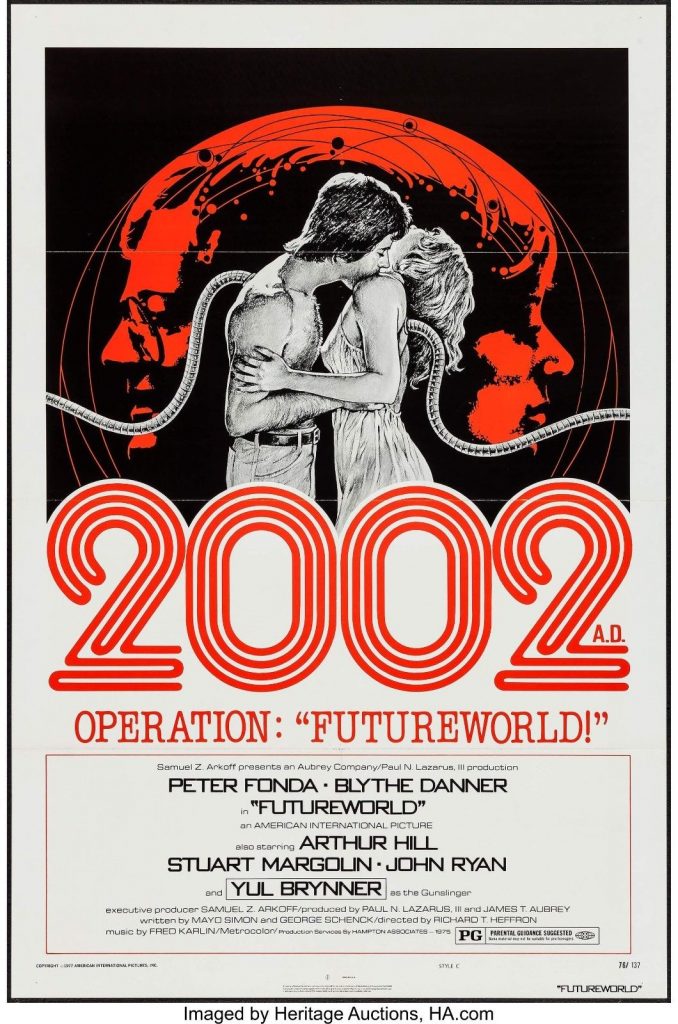 Futureworld is the sequel to 1973’s Westworld. It differed from the first movie in that while Westworld could be genuinely scary, with the gunslinger marching down on everyone, (Almost like an early seventies Terminator) this movie is more like a detetctive story, as Peter Fonda and Blythe Danner try to figure out what sinister things are going on in Futureworld.

Peter Fonda was acceptable, but Blythe Danner’s scratchy voice begins to grate on your nerves after a while. Yul Brynner does show up briefly, but in a contrived appearance.

This movies is mainly notable as one of the very first to use computer animation, albeit on a scale that seems laughable compared to today’s movies. Worthwhile to see on cable, but don’t go out of your way.