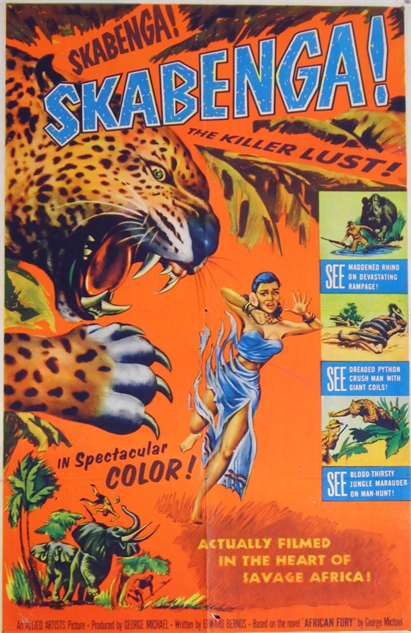 The working titles of this film were The Killer Lust and African Fury . A list of the film’s credits contained in the file on the film in the MPAA/PCA Collection at the AMPAS Library notes that the film featured “Native villagers and bearers of Bechuanaland, Rhodesia and Mozambique.” According to other materials in the file, the picture was made over a three year period by George Michael and John B. Kennard. Michael worked as a professional hunter for the South African government. His duties consisted of thinning out animal herds when their population multiplied too rapidly. A Jan 1955 DV news item notes that the film was shot entirely in Africa.