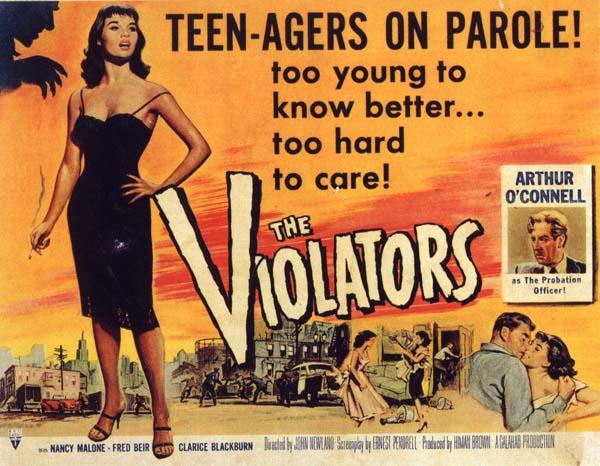 Produced by Himan Brown (of radio’s Inner Sanctum) and directed by John Newland (of TV’s One Step Beyond), The Violators stars Arthur O’Connell as a rule-bound probation officer. When O’Connell refuses to loan $500 to his prospective son-in-law Fred Beir, the latter cooks up a swindling scheme to raise the money. This rash act causes O’Connell to realign his thinking insofar as his strained relationship with daughter Nancy Malone is concerned. The plight of the central character is subjugated to the film’s central “juvenile delinquent” storyline, involving Beir and his youthful cohorts. Produced by RKO Radio, The Violators was distributed by Universal-International.