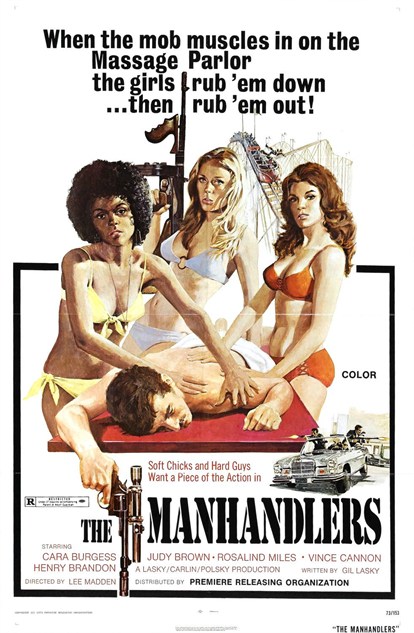 I tracked this down to see Judy Brown in something other than a WIP flick. Three girls take over a massage parlor only to have the mob pressure them into making it a whorehouse. The overall tone of this movie tries to be serious but comes off light and playful. It really has an innocence compared to some of the other exploitation films of the era. The mobsters are quite laughable but entertaining. All three women are very beautiful and show us the goods but nothing too explicit. Most of it is shot in the parlor. There is an extended scene at an amusement park towards the end giving us some nice footage from the era. Although the title may suggest it the girls are not involved in any fighting or action scenes. If you like drive in films of this ilk its worth checking out. Nowhere near a must see though.