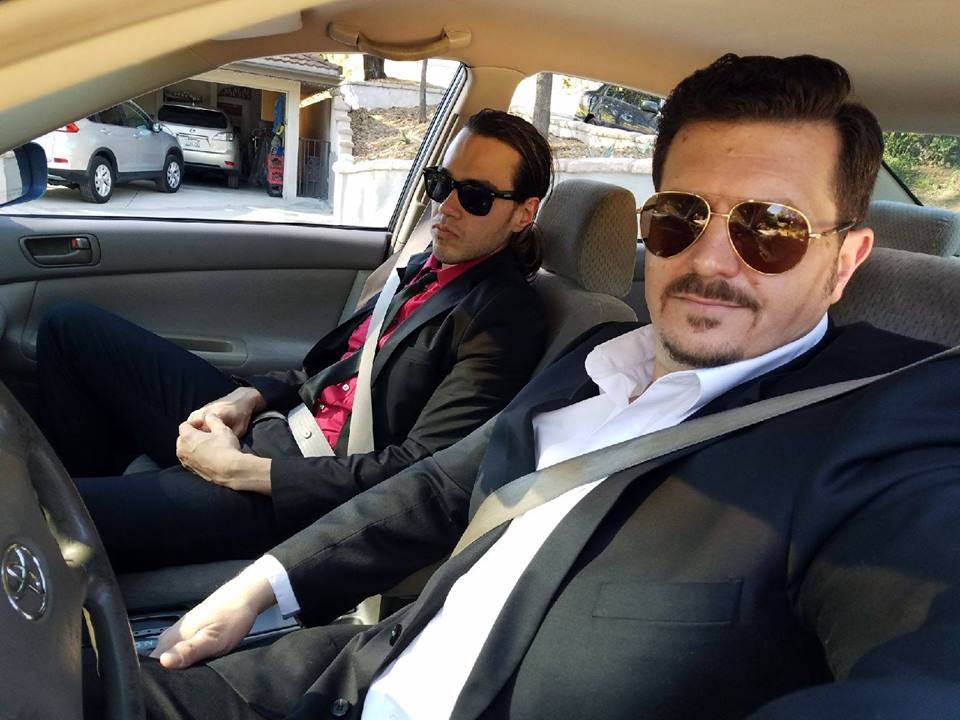 Two assassins-for-hire have an hour to kill (so to speak) before their next hit. To help pass the time, they entertain themselves by regaling horror stories to one another. With bizarre titles such as “Valkyrie’s Bunker” “Assacre” and “Hog Hunters” – which hit-man’s story will be deemed most disturbing when all is said and done?

An Hour to Kill producer, director, and writer Aaron K. Carter created an entertaining anthology that contains crime, thriller, horror, and comedy.  The witty and comical dialogue alone is worth the watch. In the opening scene, Frankie (Frankie Pozos) walks into a bar inquiring about renting the space for a party.  The harsh and sarcastic bartender Vince (Vince Kelvin) who appears to part of the 80s British Invasion hassels Frankie a bit. Moments later, Gio (Aaron Guerrero) comes out from the back room after completing a job.  Gio and Frankie are assassin partners and their characters compliment each other. Frankie is younger, eager, and goofy, while Gio is a veteran hitman and professional. Gio has the task to teach and keep Frankie under control due to his wild and impulsive personality. 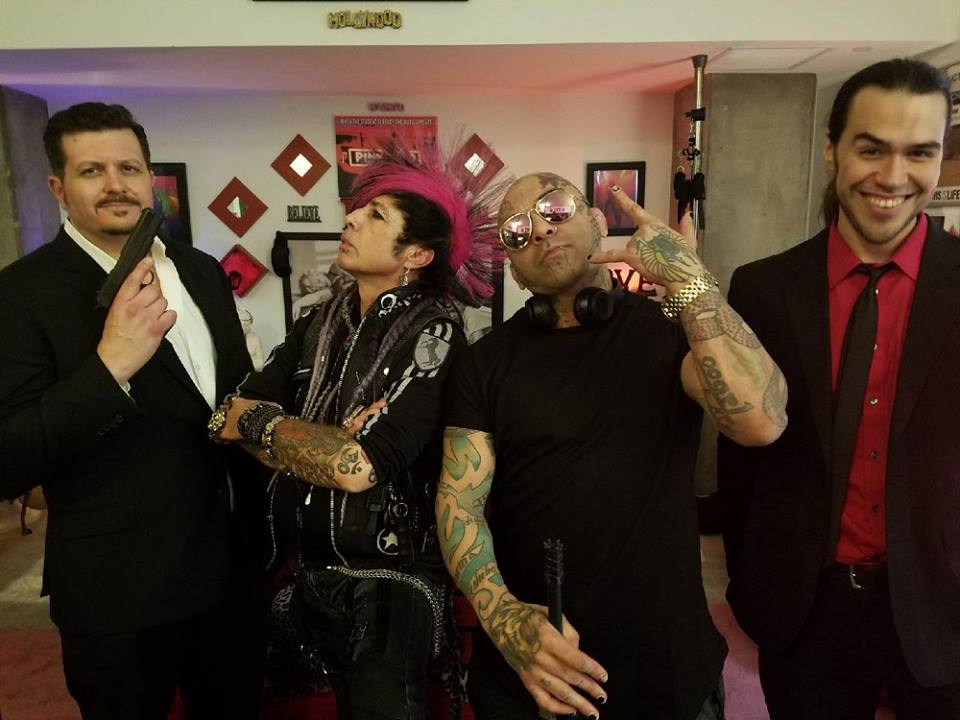 Playing the role of Gio and Frankie’s boss of Mr. Kinski is legendary cult star Mel Novak who’s best known for his martial arts and action films.  Novak starred with Chuck Norris in An Eye for an Eye, Bruce Lee’s Game of Death,  Steve McQueen’s Tom Horn, and Yul Brynner’s The Ultimate Warrior and many more movies.  Kinski has Gio and Frankie put a hit on his arch enemy and gangster Arash (Arash Dibazar).  However, they are ordered by Kinski to wait exactly one hour prior to assassinating him. An anxious Frankie shares stories with Gio to pass time, and Gio shares his own too.  The stories include a little background of each other which provides a good understanding of their character and the rival between Kinski and Arash. 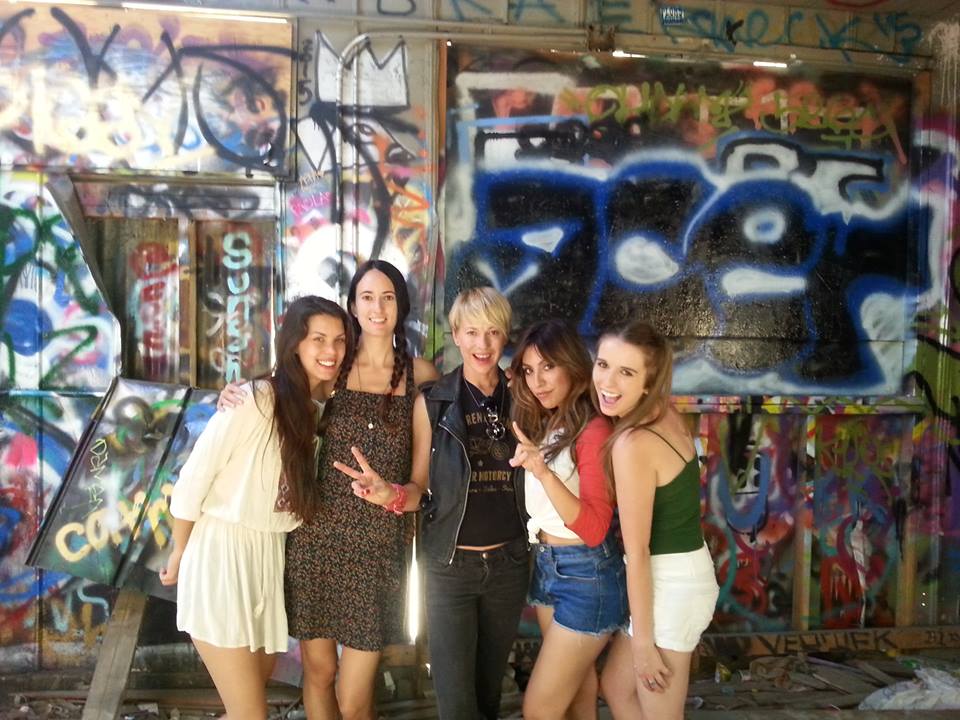 Frankie’s stories are over the top and a great time filler for the hour they’re stuck waiting before going to kill.  The first story is Valkyrie’s Bunker about an abandoned Nazi bunker in the California mountains that has pot fields nearby.  It begins with some history about the bunker and how Valkyrie’s son went missing when the bunker was raided and never found.  Five girls, Jenna (Amanda Rau), Aida (Jola Cora), Heidi (Stephanie Strehlow), Joyce (Sarah Gordy) and Denise (Alexya Garcia) are going to do some pot harvesting at the bunker.  Quickly they find themselves victims of the still active lone Nazi, but will they escape. The bunker and surrounding scenery is very cool with all the bunker’s passages, stairways all vividly decorated with graffiti. 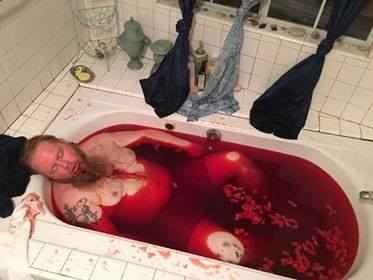 The next story ramps up the nastiness and the name says it all, Assacre.  It stars Gabriel Mercado as Gabe, Brian Reagan as Jake, Brendan Mitchell as Brendan and thee Luna Meow who plays herself and at the end of the entire movie after the credits she shares a little tidbit about the Assacre title. Assacre is a practical joke that turns into a tragedy, a brutal one!  After a burrito eating contest a couple of the losers want revenge on the sore winner, so they sell him the hottest pepper on earth.  Not knowing the pepper needs to ferment in the stomach before unleashing it’s hell, he believes they sold him a fake hot pepper and threatens them to get his money back.  As they go to return the money, the pepper starts wreaking havoc on his stomach while he’s taking a bath. The brutality he endures from the pepper is beyond a pain in the ass and is quite cringe-worthy. 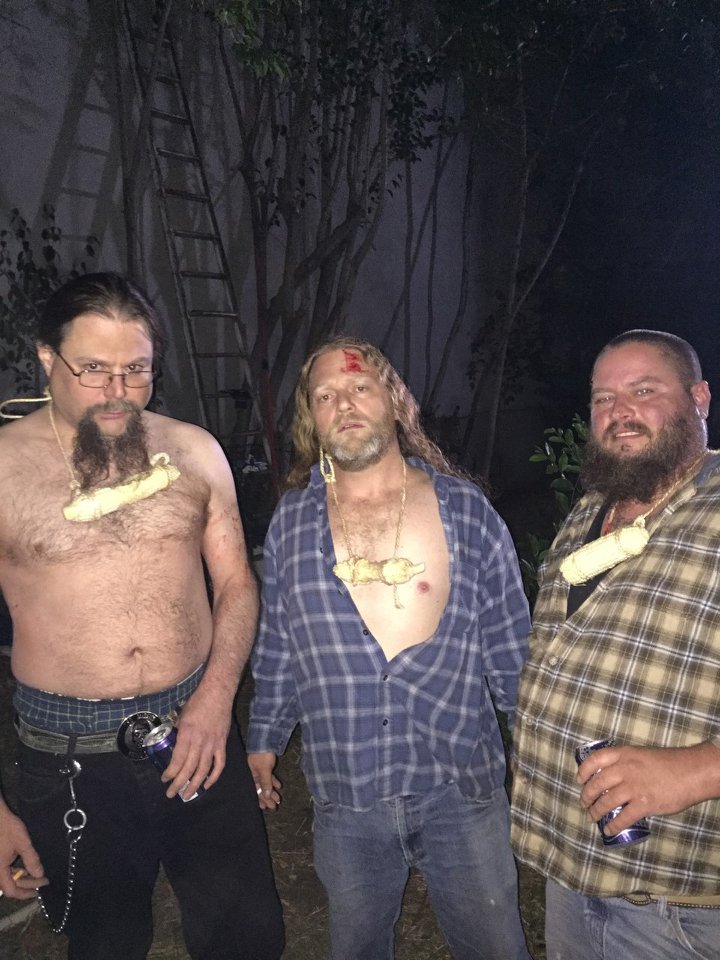 The hour wait for Gio and Frankie is nearly up, but there’s enough time for one more bizarre story. Starring Cal Alexander, Joe McQueen, Michael Camp and Chris Morris, Hog Hunters is about a redneck biker bowling team that initiates a nerdy newcomer by taking him “hog hunting.”  Once they arrive at the hog hunting place, the newbie backs out and waits for them in the car.  The over the top hog loving owner has other plans for the group and when they go in for their fun, things go wrong and get twisted, (cue up the banjo music).  There’s a lot of action and thrills during the rescues and battles and the question is who will survive and who will keep their dignity? It’s a dark, brutal, and a disturbing story, which makes it extremely entertaining. After watching Hog Hunters you may have the urge to do a beer bong.

Times up as Frankie and Gio head in to kill Arash.  From this point on to the end there’s loyalty in question, twists and turns and a lot of intensity.  Will the two assassins work things out between them, will the job be completed, who will survive and who can be trusted? 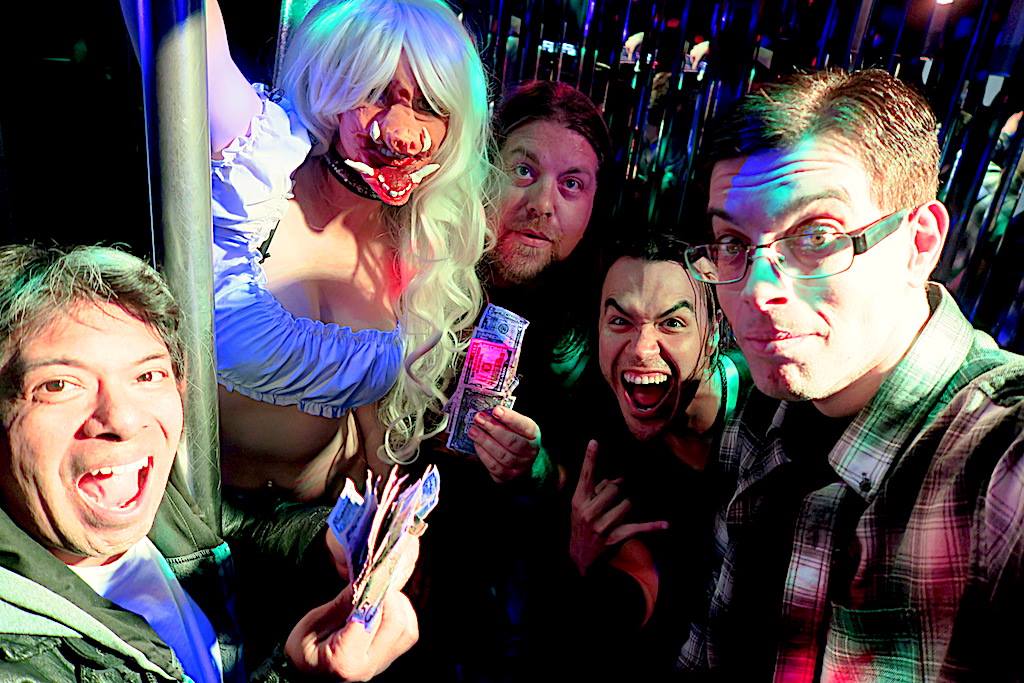 The story of Gio, Frankie, Kinski and Arash is captivating enough and the three side stories provide a great amount of zaniness.   It’s also noteworthy to mention that the editing, 70s/80s sound effects, and the couple rocking songs all compliment Aaron’s directing and screenplay which make the movie “solid gold.”

An Hour to Kill is now available through Amazon:  www.amazon.com/dp/B07JMN34GR

Check out the trailer here: www.youtube.com/watch?v=5as7mXJPrvA&t=2s

For more information go to the An Hour to Kill Facebook page and Instagram.
www.facebook.com/AnHourToKill
www.instagram.com/AnHourToKill_film/
www.imdb.com/title/tt4730224